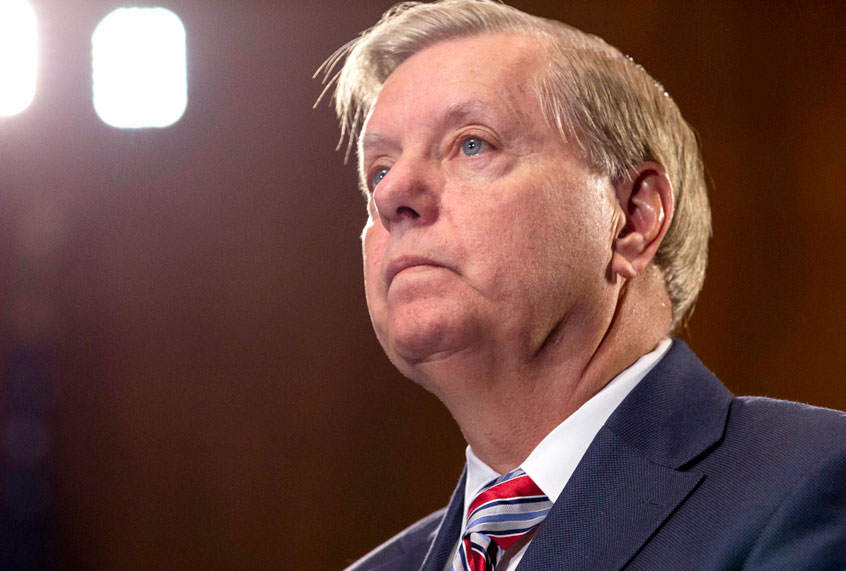 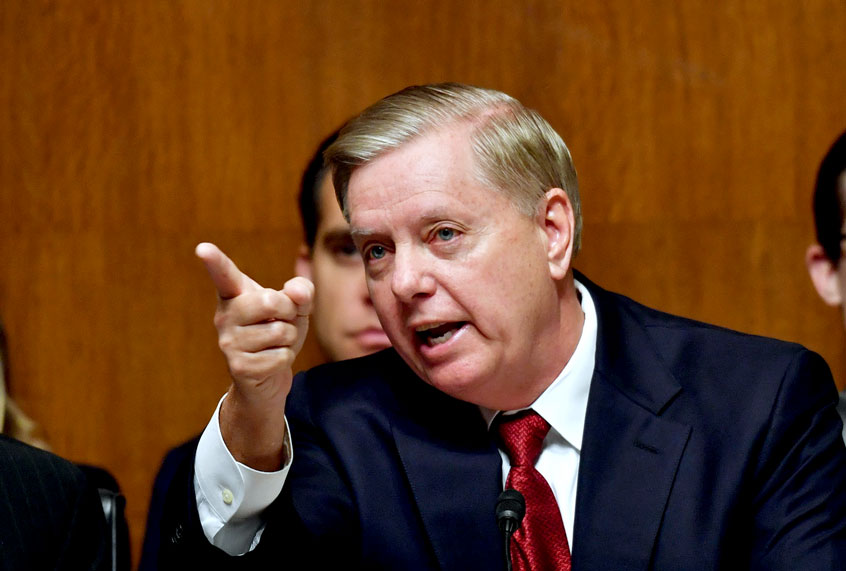 As he vowed to introduce a resolution condemning the House impeachment inquiry, Sen. Lindsey Graham, R-S.C., claimed that any impeachment article against President Donald Trump should be “dismissed in the Senate without a trial.”

Graham, who recently criticized Trump for abandoning America’s Kurdish allies in Syria, appeared on Sean Hannity’s Fox News show Tuesday to defend the president against the ongoing impeachment inquiry. (Hannity is known as an informal adviser to the president.)

“What the House of Representatives is doing is a process of political revenge. It is alien to American due process,” Graham said. “It should be dismissed quickly in the United States Senate.”

Graham, the chairman of the Senate Judiciary Committee, said the probe was “unconstitutional” and “illegitimate,” because Republicans have allegedly been prevented from calling witnesses. Graham said he would introduce a resolution condemning the impeachment inquiry, which will state that any impeachment articles should be dismissed “without a trial.”

Graham, who intensely went after former President Bill Clinton as a House impeachment prosecutor in 1998, told Hannity that he was concerned for future presidents.

“We cannot allow future presidents and this president to be impeached based on an inquiry in the House that has never been voted upon, that does not allow the president to confront the witnesses against him, call witnesses on his behalf and cross-examine people that are accusing him of misdeeds,” Graham said.

The House is currently considering whether to vote to impeach Trump, which would trigger a trial in which Trump’s attorneys can mount a legal defense.

“And, I’m insisting that Donald Trump be given the same rights every American has if you’re given a parking ticket — to confront the witnesses against you,” Graham said, again describing a trial, which he does not want to hold.

Earlier on Tuesday, Graham echoed Trump’s claim that the impeachment inquiry was a “lynching in every sense” to reporters.

According to Graham, lynchings involve people “who are out to get somebody for no good reason” and take “the law into their own hands.”

“Yes, African-Americans were lynched, other people have people lynched throughout history,” Graham said. “What does lynching mean? That a mob grabs you, they don’t give you a chance to defend yourself, they don’t tell you what happened to you, they just destroy you.”

Trump tweeted earlier Tuesday that Republicans “must remember what they are witnessing here – a lynching.”

The comments were condemned by numerous lawmakers and the Congressional Black Caucus.

Graham had a wildly different view of impeachment when he was pushing to impeach Clinton. In 1998, Graham lambasted the Clinton administration for not complying with House subpoenas, claiming that alone was an impeachable offense.

Trump has issued a blanket refusal to cooperate with the impeachment probe.

A reporter pointed out to Graham earlier this month that he said 20 years earlier that “not complying with a subpoena was an impeachable offense.”

America’s indifference to death is nothing new: But it’s made this crisis much worse

What happens if the Trump Organization is found guilty of fraud?

My skin is dry and sensitive. It’s noticeably red on my thirstiest areas (a.k.a. around my nostrils, forehead, and eyebrows)

Sure, Mini Fridges for Beauty Products Are Cute—But Do They Work?