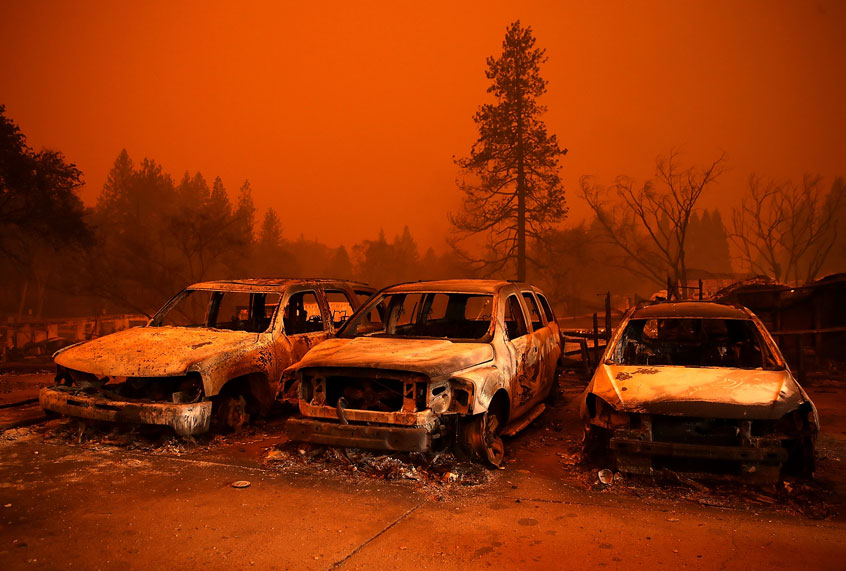 Deadly fires across California over the past several years have shown how wildfire has become a serious public health and safety issue. Health effects from fires close to or in populated areas range from smoke exposure to drinking water contaminated by chemicals like benzene to limited options for the medically vulnerable. These kinds of threats are becoming major, statewide concerns.

Many people still think of wildfires as events that happen “out there” in the wildlands — distant forests, shrublands or grasslands — and see better land and fire management as the primary solution. However, the reality is that fires are spreading into communities and increasingly affecting large numbers of Californians, sometimes repeatedly.

As researchers who have worked extensively on fire in California, we believe it is time to treat fires that affect communities as the public health challenge they have become. This means taking a more robust approach to a host of issues, including focusing on where and how we build, taking the needs of vulnerable populations seriously, and ensuring that solutions are equitable.

Fire is a part of life in California, and it doesn’t take long to develop a feel for “fire weather.” Across the state, late fall winds — called by various names including Santa Anas, Diablos and sundowners — blow hot, dry air from the interior of the state out toward the coasts. The winds often intensify as they are channeled through mountain passes and blasted across dry vegetation and steep surfaces to create perfect fire conditions.

Given an ignition, those same winds then help to spread fire very quickly. The strategy that utility companies are taking to implement “Public Safety Power Shutoffs” — sometimes preemptively shutting down electricity service — are aimed at reducing this type of ignition (there are many others) under specific wind and weather conditions.

While winds are in many ways predictable, they are also altering fire hazard in ways that researchers don’t fully understand. As the climate changes, bringing warmer temperatures and increasingly erratic precipitation patterns, more of these extreme wind events may occur during times that are highly conducive to fire.

It is also conceivable that climate change will cause shifts in the atmospheric pressure patterns that spawn extreme wind events to begin with, and that in the future people may see extreme winds in new regions or during unexpected times of year. A deeper understanding of the controls on these events is emerging, but relatively little is known about what the future will hold.

Homes as “fuel” for fires

Wind is one of the biggest factors in fire spread, and it also generates flying embers far ahead of the fire itself. It is this storm of burning embers that often shower neighborhoods and ignite homes after finding sensitive parts of landscaping and structures.

Under the worst circumstances, wind-driven home-to-home fire spread then occurs, causing risky, fast-moving “urban conflagrations” — like those that happened in Santa Rosa in 2017 and Paradise in 2018 — that can be difficult to stop and dangerous to evacuate.

Managing the type and amount of vegetation, or “fuel,” in an area provides a set of tools for altering fire behavior and enhancing firefighter safety in wildland fires. But during wind-driven urban conflagrations, homes are usually a major — if not the main — source of fuel. Retrofitting homes to address vulnerabilities to fire ignition is therefore crucial.

One immediate strategy is for people to create so-called defensible space — removing flammable materials in the area surrounding homes. Vegetation management and prescribed burning in surrounding areas are also part of, but not the only, solutions. Fire-prone communities must also intensify urban and evacuation planning efforts that make the built environment — the buildings where people live and work and the infrastructure we depend on — and those living there safer.

A different lens to view preparedness

The state faces a formidable challenge, and opportunity, to reduce wildfire risk to communities in a way that combines the best of both research and practice. It must integrate both new (and potentially controversial) urban planning reforms as well as novel thinking about evacuation alternatives and other solutions, particularly for vulnerable populations.

These are steps toward addressing some of the public health and safety concerns that come with wildfires in populated areas. Through this lens, it seems clear that short-term solutions like power shut-offs that may lessen a particular type of ignition come with their own serious risks. Indeed, solutions that worsen inequities cannot really be considered solutions at all.

Fires in California are sounding alarm bells that cannot be ignored, lest we fall into the trap of normalizing the incredible loss of lives and devastated communities year after year. As it stands, California is failing to keep up with what we know about fire hazard and risk, and losing time as we struggle against rapidly changing climate conditions.

This is an updated version of an article that was originally published on Nov. 16, 2018. 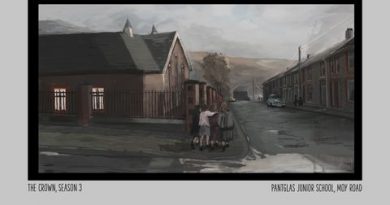 How The Crown Recreated the Tragedy of Aberfan

All about minari, the peppery, bright, wonderful vegetable

Ghanaians do not go to the polls to vote based on manifestos, Rev Micah Oppong-Ababio, fouder of the World of