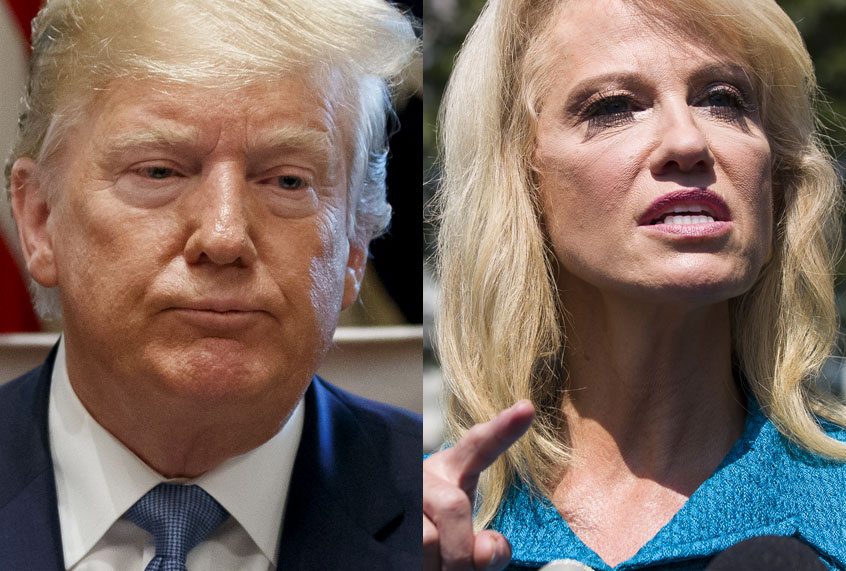 Senior counselor to President Donald Trump, Kellyanne Conway, is now under consideration to replace Mick Mulvaney as the White House chief of staff. Conway is one of few aides who have managed to stay with the president, despite numerous violations of the Hatch Act.

Bloomberg reported Tuesday that despite his willingness to make a fool of himself for the president, Mulvaney accidentally admitted that the president held back aid to Ukraine until it agreed to help investigate former Vice President Joe Biden. As a defense, Mulvaney then went on the Sunday morning talk shows and claimed he never said it. It only made things worse for him.

Trump reportedly withheld fully nominating Mulvaney as his chief of staff, so he’s remained an “acting” official, something Bloomberg said Trump could hold over his head. During a cabinet meeting, Trump refused to respond to questions about whether Mulvaney was going to be fired.

Bloomberg also reported that the president has been asking his advisers what they think about possibly nominating Conway, and if they think she would be a good chief of staff, sources said.

In one example, MSNBC’s Morning Joe host accused Conway on air of being two­-faced on Trump. Co-host Mika Brzezinski recalled when Conway came on their show during the campaign to promote the president with praise, but after the camera was off, Conway would proclaim “Blech, I need to take a shower.” Brzezinski said that it’s because she disliked her candidate so much. Joe Scarborough similarly noted Conway only took the Trump job because it would pay well. They, like many other news shows, refuse to book Conway to give commentary or updates because she will knowingly lie to viewers.

In a “Fox & Friends” episode, former co-host Abby Huntsman asked Conway about allegations that she was the “No. 1 leaker,” which she dodged, only saying that “leakers get great press,” and “one day, Abby, I will have my say.”

Meanwhile, her husband George Conway seems to be one of the greatest foes of the Trump administration, trolling the president extensively on Twitter and outing him for illegal activities. It’s prompted some political analysts to wonder if Mr. Conway’s wife is actually the one behind his tweets.

Ronald Kessler’s book The Trump White House: Changing the Rules of the Game is the author who wrote that Conway was “the No. 1 leaker” in the administration. During a CNN appearance with host Jake Tapper, Kessler said the President’s senior counselor and former campaign manager “leaks more information to the press than any other individual working in the White House.”

“While I was interviewing Kellyanne at the White House, she forgot that she was on the record,” Kessler explained to the CNN host. “She started lashing into Reince Priebus. She said the most mean, cutting and obviously untrue things about Reince, and I didn’t include them in the book because they were so unfair.”

“She also lit into Jared and Ivanka, saying that they leak against Steve Bannon,” he continued. “I know White House aides who have seen texts she has sent to other journalists, dissing her colleagues, leaking material.”

Steve Mnuchin is also not under consideration, despite his willingness to defend the president.

Politico reported that Sen. Chuck Grassley (R-IA) said Mulvaney appeared to be “somebody that didn’t know what they were talking about,” during his news conference Thursday.

Read the full piece about Mulvaney at Bloomberg. 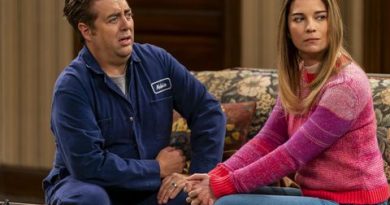 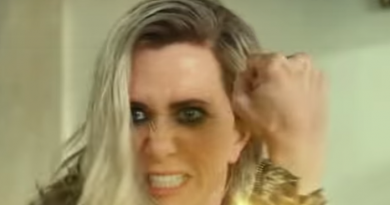 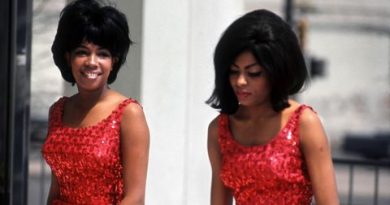 Mary Wilson on Style And Substance

His Majesty, King Mohammed VI on sunday gave high instructions for medical supplies and aid to be sent to several