NEW DELHI, Oct 22 (Reuters) – India’s oil imports fell to their lowest in more than three years in September to 3.82 million barrels per day (bpd), data obtained from industry and shipping sources showed, as some refiners cut purchases due to shutdowns for maintenance and fuel upgrades.

Last month, Saudi Arabia replaced Iraq as top oil supplier to India after a gap of about 13 months, the data showed.

September oil imports, which dropped below 4 million bpd for the first time since June 2016, were about 18.7% lower than in August and down 8.4% from a year ago, the data showed.

The fall in oil imports limited India’s fiscal deficit for September, but it also potentially points to a general economic and industrial slowdown.

“Lower imports were largely due to refinery turnarounds as refiners have to supply Euro VI fuels in the country from an April 1 deadline. Heavy rains and slower industrial and construction work drain down the demand for refined fuels,” said Ehsan Ul Haq, an analyst with Refinitiv.

For a table on shutdowns at Asian refineries see:

“Due to weakening fuel demand there was an inventory build up of refined products so we had to cut crude processing and restrict imports,” said an official at one of the refiners.

Indian refiners’ crude processing declined about 7% in September from a year ago, government data showed on Tuesday.

Saudi Arabia supplied about 830,500 bpd oil to India in September, compared with 821,000 bpd supplied by Iraq, the data obtained from sources showed. The sources declined to be identified.

India restricted imports from Iraq in September as it had imported record volumes of Basra oil in August.

“By reducing their official selling price (OSP) Saudi attracted more buyers compared to others, they continue to meet the demand even after outages due to attacks on its two fields,” Haq said.

Saudi Arabia has cut its September OSP for its Arab Light grade for Asia by $0.75/barrel compared to a $0.40/barrel reduction in Iraq’s Basra Light.

The United Arab Emirates emerged as India’s third biggest supplier in September after a gap of seven months, knocking Nigeria into fourth place, a position held by Venezuela in August. The UAE was fifth biggest oil supplier in August.

Venezuela was in sixth place behind Angola as private refiner Nayara Energy did not ship oil from the Latin American country in September and instead discharged old cargoes, the data showed.

Asia’s third-largest economy expanded by just 5% in the June quarter, its slowest pace since 2013. The country’s central bank has also cut its growth forecast for 2019-20 to 6.1% from prior projection of 6.9%. 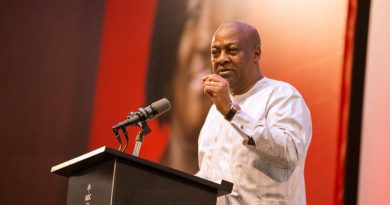 Despite curfews in major US cities, protestors took to the streets for a sixth day of protests Sunday over the