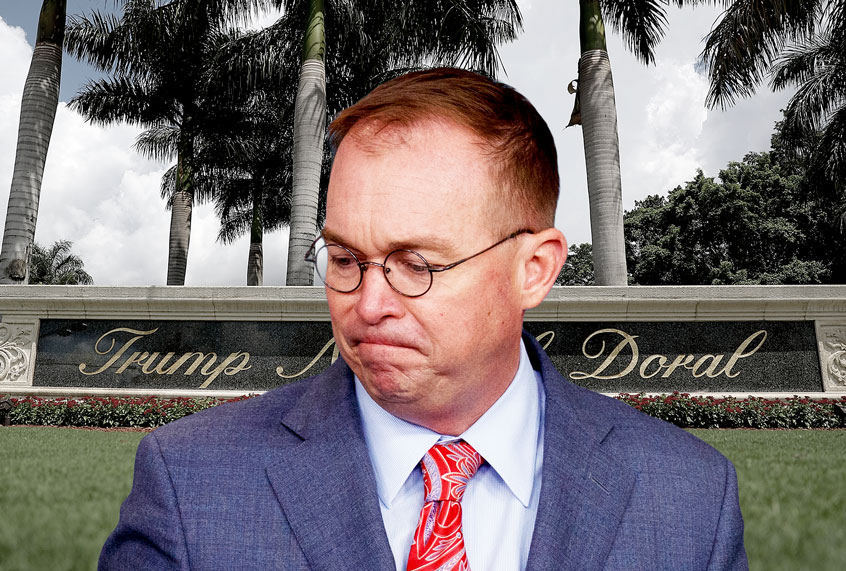 It’s getting increasingly more difficult to keep track of all the new impeachable acts President Trump commits every day. And perhaps even more difficult to imagine the most outrageous thing he can do that the Republican Party would still defend.

It took almost two weeks, but the White House has finally admitting what everyone knew from day one: Trump demanded a quid pro quo from the Ukrainian government before releasing military aid authorized by Congress. Republicans have been denying the obvious, remaining willfully blind to a brazen scheme. That suddenly seems quaint, now that acting White House chief of staff Mick Mulvaney has confessed on live television that there was a quid pro quo.

“Do I think it amounts to a quid pro quo? Absolutely not,” said Sen. John Cornyn, R-Texas, after the White House released a summary of a July phone call between Trump and Ukrainian President Volodymyr Zelensky in which the president asked Zelensky to “do us a favor” and investigate potential 2020 rival Joe Biden and his son Hunter while negotiating U.S. military aid to Ukraine.

“There was no quid pro quo. You’d have to have that if there was going to be anything wrong,” said Sen. Charles Grassley, R-Iowa.

“What I saw, he asked him to look into something, but I ― I’m new,” Republican Sen. Rick Scott told HuffPost. Scott, formerly the governor of Florida, has served in the Senate since January.

Ever since it was first reported that a White House whistleblower’s complaint had been blocked from Congress, it was clear that at least one of Trump’s closest minions was bound to take the blame — at least partially. While initially defending himself from accusations that he improperly pressured Ukraine, Trump dragged his vice president into the crossfire. “I think you should ask for VP Pence’s conversation because he had a couple of conversations also,” he encouraged reporters. When Trump ordered military aid to Ukraine be frozen earlier this year, he reportedly went through Mulvaney, his acting chief of staff and budget director, to the chagrin of Pentagon officials.

It now seems that Mulvaney, who remains in an acting capacity — for a position that requires no Senate confirmation — nearly a year after assuming the job, has volunteered to serve as Trump’s fall guy. He was sent out to announce a decision and to field mounting questions that the president would prefer not to face.

“He was really upset with the political influence in foreign policy, that was one of the things he was so upset about this,” Mulvaney said at a planned but unprompted appearance in the White House press briefing room on Thursday. From the White House podium, Mulvaney, who as director of the Office of Management and Budget also deals with congressional appropriations, admitted that the president attempted to weaponize U.S. foreign policy, in defiance of congressional mandate, for his own personal political benefit.

“Did he also mention to me in the past the corruption related to the DNC server? Absolutely, no question about that. But that’s it, that’s why we held up the money,” Mulvaney said, referring to a conspiracy theory that a hacked Democratic National Committee computer server was taken to Ukraine in 2016 to hide evidence that Kyiv, not Moscow, had interfered in the 2016 U.S. presidential election. (It’s not adequate to say that there’s no evidence for this. No such thing happened.)

“I have news for everybody: get over it. There’s going to be political influence in foreign policy,” Mulvaney barked.. “Elections do have consequences and they should.”

The White House playbook on this growing scandal is a familiar variation of the widely distributed Narcissist’s Prayer. First deny, then spin by saying even if you did it, it’s totally legitimate, then admit to it in a roundabout way.

And if it did, it wasn’t that bad.

And if it was, that’s not a big deal.

And if it is, that’s not my fault.

This is the bully’s last line. It’s a taunt: Either accept this, or do something about it.

Mulvaney peddled Trump’s preferred Ukraine conspiracy theory to claim that all of this was part of an ongoing Department of Justice probe. But the DOJ has already denied that Attorney General Bill Barr had any involvement in this: “Mr. Trump has not asked Mr. Barr to contact Ukraine for any reason.”

A Justice spokesperson added on Thursday: “If the White House was withholding aid in regards to the cooperation of any investigation at the Department of Justice, that is news to us.” Even Jay Sekulow, one of Trump’s personal lawyers, was quick to distance himself from Thursday’s bizarre display.

Mulvaney just admitted a quid pro quo with Ukraine, claiming it was an effort to “fight corruption,” while admitting to the most brazenly corrupt act of the Trump presidency so far. As Mulvaney also announced on Thursday, Trump is prepared to exit through the grift shop. The president’s Doral International golf club, near Miami, will host the 2020 G7 summit.

Pretending that a rigorous process to find a venue just happened to end up picking one of the president’s properties, Mulvaney claimed that Trump would not personally profit from the gathering of world leaders “in any way, shape or form.”

Even if the resort somehow doesn’t profit directly from the conference, it will no doubt benefit from the prestige associated with hosting such an event. It’s free publicity for the resort on the world stage. While in the midst of a daily campaign to attack Hunter Biden for profiting from his dad’s public office, the White House brazenly escalated the stakes.

“Hosting the G7 at Trump’s failing Doral resort is one of the most egregious examples of corruption and self-dealing in the most corrupt presidency in our history. Foreign governments should not be forced to line Donald Trump’s pockets,” Senate Finance Committee ranking member Ron Wyden, D-Ore., said in a statement.

Oregon’s other Democratic senator, Jeff Merkley, promised to introduce a bill early next week to “stop this corruption in its tracks.” Rep. Jamie Raskin, D-Md.,‬⁩ said Democrats should consider making Trump’s G7 decision part of the impeachment inquiry, and possibly part of an impeachment article.

This is a red line crossed in almost comical fashion: The president of the United States just awarded a major contract to himself. Democrats have so far shown little desire to keep expanding the impeachment focus but Trump’s corrupt self-dealing is a canonical abuse of power that is hiding in plain sight. This should be simple.

Yet Republicans have returned to their familiar fealty in the face of Mulvaney’s damaging admissions.

“Show me where there is a violation of law. I’m not sure that there is,” said Sen. Mike Rounds, R-S.D., when pressed about the G7 decision. Sen. Kevin Cramer, R-N.D., said, “I don’t have any concerns about it other than just politically how it appears.”

“It may seem careless politically,” Cramer said of Trump’s bold and transparent self-dealing, “but on the other hand there’s tremendous integrity in his boldness and his transparency.”

“Tremendous integrity.” No matter how ridiculous the policy or the challenge, Republicans’ obsequiousness never disappoints Trump. That’s the only play they have. The point of weaponized both-sides-ism is that makes it impossible to clarify what is different, by orders of magnitude of corruption and graft, about the Trump administration. “Quid pro quos happen all the time” already looks to be the “no collusion” of 2020.

Is there any way back for America, after this kind of open venality? 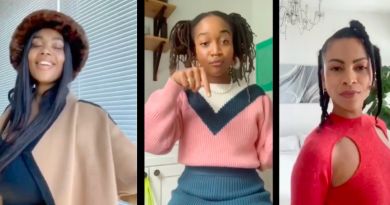