Riot Games know a little bit about appealing to gamers. After all, 100 million of them play their game League of Legends.

This week LoL celebrated its 10th birthday, and marked the occasion with a string of announcements.

With new games, big updates and even a TV show, the company is hoping to stay relevant for the next 10 years.

And the company’s boss Nicolo Laurent told Newsbeat the best way to do that is by staying true to their roots.

“We’re making games for players who see gaming as a meaningful life pursuit, we don’t make games for casual gamers,” he told us.

“That’s the reality, next for us is making games in different genres.

“At the end of the day we’re going to make games for the people who make the time to play them.

“People who invest in them, learn them, cosplay them and compete in them – that’s who we are as gamers and we want to make games for that type of player.”

After 10 years of essentially making the one title, Riot are now working on many others.

There’s a console and mobile version of League of Legends called Wild Rift and a card game called Legends of Runeterra.

With many games companies now trying to broaden their player base by making titles that are more accessible and snackable – Riot are going in the opposite direction.

Nicolo says: “I don’t think there’s anything wrong with both approaches.

“There are gamers who want to play games to pass the time, like when they’re on a commute, and there are people who say ‘that’s my number one form of entertainment’.

“We’ll make games for those players, yes there may be less and less developers who make games like this, but you can count on us for tackling these types of titles.

Loot boxes, the mechanic of paying for a random item to be used in game, have come under intense scrutiny in the UK recently.

Nicolo tells us he hopes they’ll become less prevalent in games in future:

“I really hope the industry moves away from loot boxes. As a player I just can’t wait for the industry to go there.

“You want to do loot boxes for optional or cosmetic content, with limits per day and a fair and transparent mechanic? That’s ok but let’s do it in a proper way not in an abusive way.”

“Card games are a genre completely dominated by loot boxes, it’s a problem because that’s how you acquire cards which is the core of the game and we don’t like it.

“We don’t want you as a player to go through the lottery machine and so in our upcoming card game we just removed them, there’s no loot boxes.

“We don’t think gameplay should be hidden behind a loot box.”

The video game industry is currently dealing with a string of negative headlines about the addictive nature of gaming.

It’s something that has been at the forefront of Nicolo and the developers minds when working on their new titles, especially League of Legends is a game that encourages players to invest a lot of their time with the game.

Nicolo suggests that the industry needs to look into the issue more: “A lot of studios are creating addictive game loops.

“The game design is based on making you want to play more or spend more money – that’s kind of the trick.

“You have none of these loops in League of Legends – because every time you start a new game you start from scratch, nothing you did in the last game will have an Impact on your next game.

“To be honest with you, this is not just to limit addiction it’s just because if you want people to play for 10 years you can’t rely on those things people will get fed up of addiction loops.

“You can’t count on those gimmicks for people to be engaged, and so that’s how were tackling issues around addiction and I hope other games will do that too.” 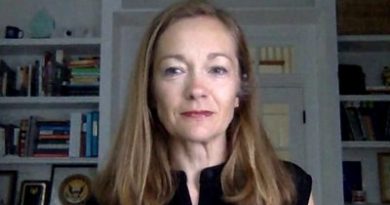 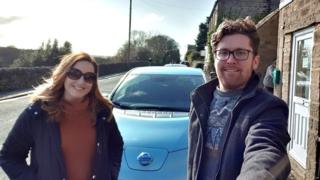 Electric cars are coming: but where will you recharge?

Listen to article ABANTU for Development and the African Women’s Development Fund has called on the Ministry of Gender, Children