Lady Gaga had a terrifying stage fall last night but was able to keep performing after it happened. The singer was doing her Las Vegas residency show when she invited a fan up on stage who picked her up. As Entertainment Tonight described it, Gaga wrapped her legs around him, he was fine carrying her for a bit, and then he took a misstep and tumbled with her off the stage into the crowd. This was a concert, so of course attendees got videos of the fall:

Gaga got up and so did the fan after. She was well enough to keep performing, and she shared two photos of herself post-show recovering from the experience. “Post show routine: ice bath for 5-10 min, hot bath for 20, then compression suit packed with ice packs for 20. #rocknroll #enigma #gaga #gagavegas #vegas,” she wrote. The Instagram was her way of assuring everyone that yes, she will be just fine.

Fall aside, Gaga has made headlines lately for the tweets she’s been posting. Gaga really stirred fans up when she briefly claimed (and likely joked) her next album would be named Adele. “I’m calling my next album ADELE,” she wrote, around the time it was reported that Adele the singer would be releasing new music soon.

Then earlier this week, she set Twitter off when she innocently asked “What’s fortnight,” a popular online game. That tweet went viral, with over 512,000 likes and 13,600 responses.

Fans poked a little fun at the question, with one tying it back to their hope she’ll be releasing a new album soon:

Mark Meadows performed life-changing favors for Madison Cawthorn, then turned on him. Why? 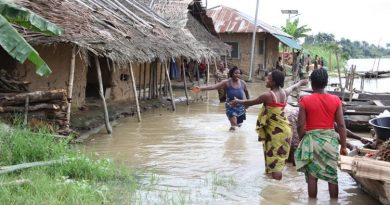 Climate Action: Richard Ellimah Calls For Incorporation Of  Technology In The ASM Sector