The October debate—aka the biggest presidential primary debate in history—is now underway, and notably, there are a few people missing from the stage.

Williamson, who qualified for the first and second debates of the year, failed to qualify for the September and October debates. To meet the requirements, candidates needed to have 130,000 unique donors, with a minimum of 400 unique donors per state in at least 20 U.S. states, and they needed to have registered at least two percent support in all four qualifying polls. According to The Hollywood Reporter, despite having a few breakout moments in early debates, Williamson was only polling at two percent in two of the required polls before September, though she had received 130,000 donations. She is also not on track to qualify for the November debates.

After the September debate aired, she said, “I’m not surprised they tried to keep me off that debate stage. When people say that going up on that stage was out of my depth—ladies, and gentleman, there is no depth there.” She continued, “My critique of this system really has nothing to do with the individual, but it does have to do with a critique of our conventional political establishment in a sense of how it’s going about all of this. When I watched tonight it was as if I was eating leftovers, it was not as exciting as you need it to be. But of course, the candidates are not responsible for the questions that are being asked by the media. It’s an entire system. Political Media Industrial Complex as I like to call it.”

Going into Tuesday’s debate, she tweeted: “I won’t be in the debate this week but let’s make it into #5! Donate what you can so we can increase our exposure and make it back in for the next one. It’ll be a more interesting evening:)”

Other candidates who didn’t qualify for the fourth debate include Michael Bennet, Steve Bullock, John Delaney, and Tim Ryan. 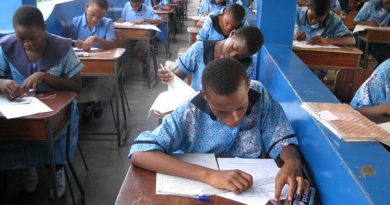 Shunning masks is a central sacrament of the Trump cult: Reason can’t compete with faith