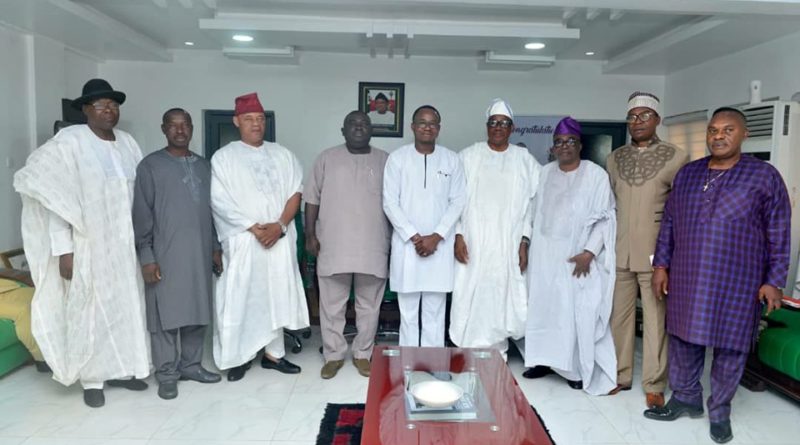 The Speaker Edo State House of Assembly, Rt. Hon. Frank Okiye has assured Uromi Prime Club of his determination to work with the executive to move Edo State to the next level.

Rt. Hon. Okiye gave the assurance while speaking with members of the group who paid him a solidarity visit and to congratulate him on his Speakership position in his office in Benin City.

The Rt.Hon. Speaker who said he appreciate them for their support and coming to his office to felicitate with him and discuss ways to move Uromi forward,added that Government is ready to partner with individual and cooperate bodies to ensure speedy development in the State.

The Speaker also promised to liase with the relevant government agencies to put an end to the perennial flooding issues at Idumuague, Uromi and lamented that his heart is still broken as a result of the flooding that resulted in the death of a 15years old girl who was going to school.

Reaffirming government commitment to address the issue lack of water in Esanland, the Speaker stated that the on-going Uromi/Ugboha water works is at its first phase of reticulation and that when completed, will service the whole of Esanland.

Furthermore, the Speaker said he will support the group when called upon to help them build the propose relaxation Centre in Uromi because he believe it will boost the social economy of Uromi.

Earlier, the President of the Club, Primer Edmond Okpere noted that they decided to visit the Speaker to congratulate him on his emergence as Speaker of the 7th Edo State House of Assembly.

Primer Edmond Okpere said, they are pleased to know that the Speaker and his dynamic colleagues have settled in rapidly to take on issues that are important to our dear State and bring the dividend of democracy to our people.

Primer Edmond further lamented the none availability of pipe-borne water in Uromi and environs. He further stated that the flooding is also a big issue in Uromi and pleaded with the Speaker to help lease with the government to help solve the problem. 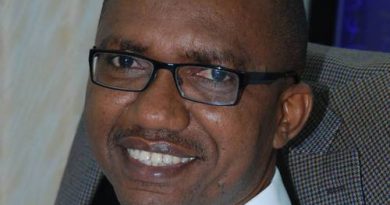