(Adds quote from victim in paragraphs 5-6)

MAIDUGUIRI, Nigeria, Oct 14 (Reuters) – Police in northern Nigeria rescued nearly 70 men and boys from a second purported Islamic school where they were shackled and subjected to “inhuman and degrading treatments.”

The raid in Katsina, the northwestern home state of President Muhammadu Buhari, came less than a month after about 300 men and boys were freed from another supposed Islamic school in neighbouring Kaduna state where they were allegedly tortured and sexually abused.

“In the course of investigation, sixty-seven persons from the ages of 7 to 40 years were found shackled with chains,” Katsina police spokesman Sanusi Buba said in a statement. “Victims were also found to have been subjected to various inhuman and degrading treatments.”

The raid occurred on October 12 in Sabon Garin in the Daura local government area of Katsina state. Police issued a statement on Monday and said they were working to reunite the victims with their families.

Lawal Ahmad, a 33-year-old who was held captive, said he witnessed sexual assault, beatings and the death of other captives during his two years there.

“They were just beating, abusing and punishing us every day with the name of teaching us,” he said through tears, adding “they are not teaching us for the sake of God.”

Lawai Musa, a trader who lived near the centre, told Reuters by phone that families sent unruly men and boys there believing it was an Islamic teaching facility that would straighten them out and teach them Islamic beliefs.

“The way he is treating the children is un-Islamic” he said. “We are not happy, they were treated illegally.”

In June, President Buhari, himself a Muslim, said the government planned to ban the schools, but would not do so immediately. After the incident in Kaduna, the president issued a statement calling on traditional authorities to work with government to expose “unwanted cultural practices that amount to the abuse of children.”

Buhari’s office declined to immediately comment on the Katsina raid, saying it would issue a statement after a full briefing from police.

“The command enjoins parents to desist from taking their children/wards to illegal, unauthorized or unapproved remand/rehabilitation centres,” the police statement said. (Reporting By Ahmed Kingimi, additional reporting by Mallam Abdullahi Inuwa in Daura and Felix Onuah in Abuja Writing by Libby George Editing by Sonya Hepinstall) 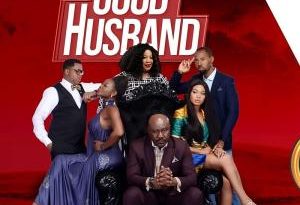 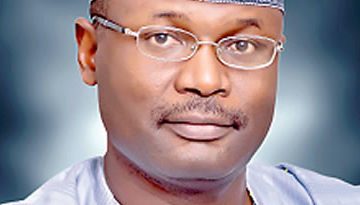 WHO allays fears of Africans over new coronavirus variant

Police and military patrols have been intensified at Mim, a town in the Asunafo North Municipality of the Ahafo Region

SC To Rule On Ken Agyapong’s Application On Wednesday

WandaVision Is Marvel’s First Real Mystery. We Ranked All the Theories About What Could Happen Next.