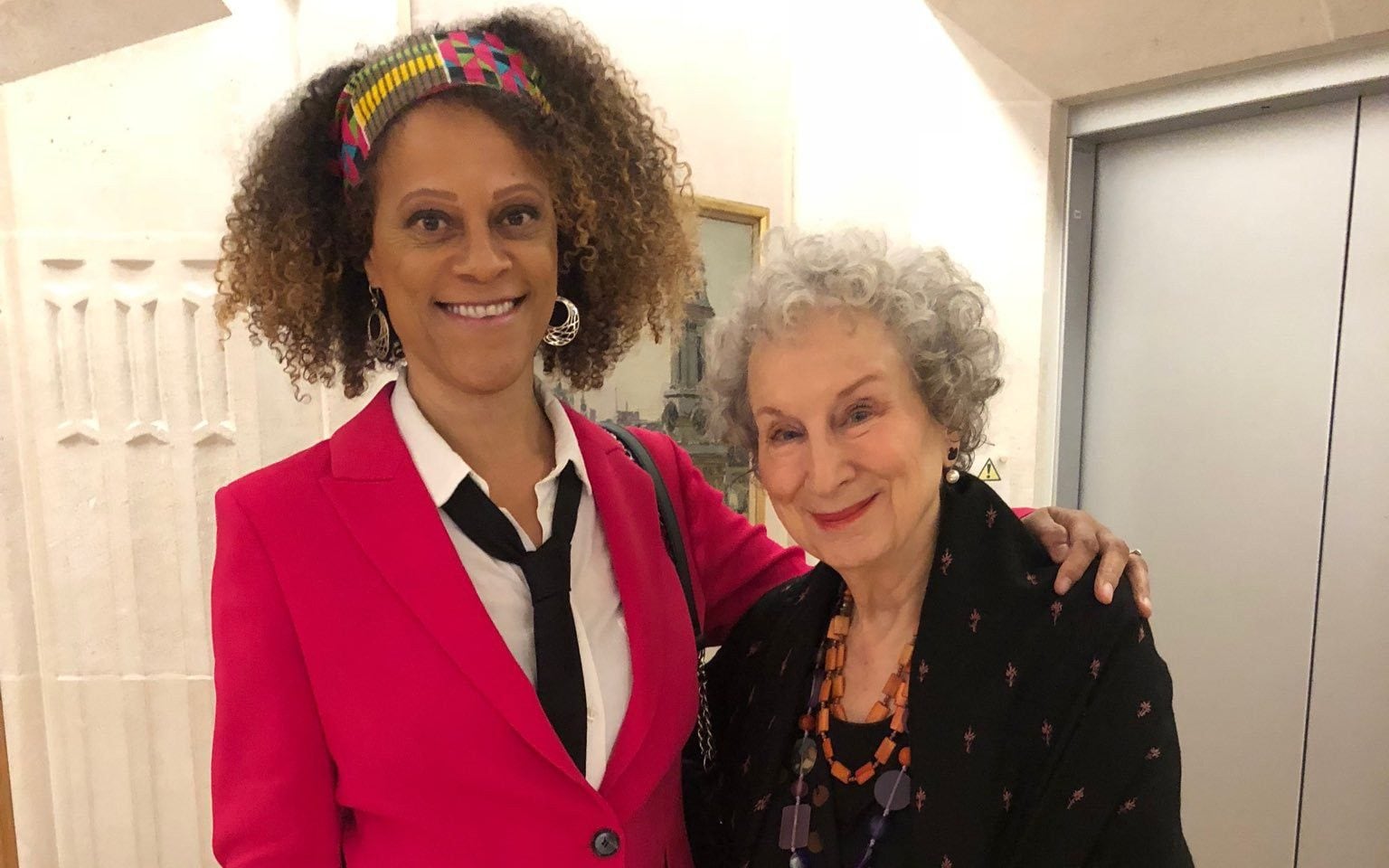 The big question before this year’s Booker Prize announcement was whether Margaret Atwood’s thriller would win. On the night, what happened behind the scenes provided the greatest plot twist of all.

In a deliberate flouting of the rules, the jury decided to split the prize between two books, Atwood’s The Testaments and Bernardine Evaristo’s Girl, Woman, Other.

Told in no uncertain terms that the rulebook allowed only one winner, the chair of the judges, Peter Florence, refused to give way.

It culminated in a a bizarre press conference in which Florence announced the decision while the exasperated director of the prize, Gaby Wood, stood by.

“They have actively broken the rules. It’s not that we accommodated the jury, it’s that the jury actively chose to reject the rules,” explained Wood. “They effectively staged a sit-in in the judging room.”

Over five hours today, discussions between the jury and Wood, who was acting as intermediary for the prize trustees, went back and forth. The jury won the day.

Wood insisted she was resigned, rather than angry, about the “gesture”. “There was nothing unclear about my communication of the rules but that was the choice they made and you have to respect it.” She added that previous juries had entertained the idea of splitting the prize, but had accepted that it was not allowed.

It was the most dramatic act of Booker insurrection since the 1976 chair, Philip Larkin, threatened to jump out of the window if his favourite book didn’t win (it did).

Florence, director of the Hay Festival, said the Extinction Rebellion protesters massed in the streets close to the Guildhall venue had provided a note of inspiration.

“Today of all days, when rebellion is in the air – maybe we were a little moved by that,” he said.

“We came down to a discussion with the director of the Booker Prize about the rules. And we were told quite firmly that the rules state that you can only have one winner.

“And as we have managed the jury all the way through on the principle of consensus, our consensus was that it was our decision to flout the rules and divide this year’s prize to celebrate two winners.”

Rather than some jurors favouring one book and some rooting for the other, all were unanimous in their desire to see both take the prize, Florence said.

“The more we talked about them, the more we treasured both of them and wanted them both as winners.  I think rules are adaptable to the circumstance and our circumstance this year… brought the jury to the conclusion that the only result we were happy with was to award the prize this year to both these books.”

The prize has been split twice before – between Nadine Gordimer and Stanley Middleton in 1974, and Michael Ondaatje and Barry Unsworth in 1992. Feeling that a shared award detracted from the books, with one always better-remembered than the other, the rules were changed in 1993 to require one winner only.

Atwood’s novel is a long-awaited sequel to The Handmaid’s Tale and is comfortably the best-selling hardback of 2019, shifting close to 180,000 copies since its release last month.

Evaristo’s novel has sold a more modest 3,976 copies. She is the first British woman of colour to win the prize and her book tells 12 inter-linked stories about black women across the generations.

“Much as I treasure the idea of the Booker Prize and the amount of money that’s given, I don’t think its power and value resides solely in the cash,” he said.

He also rejected the idea that being made to share the prize with one of the world’s most famous authors would overshadow Evaristo’s achievement.

President Akufo-Addo has said he will accept the final results of the 7 December 2020 polls. In his peace message