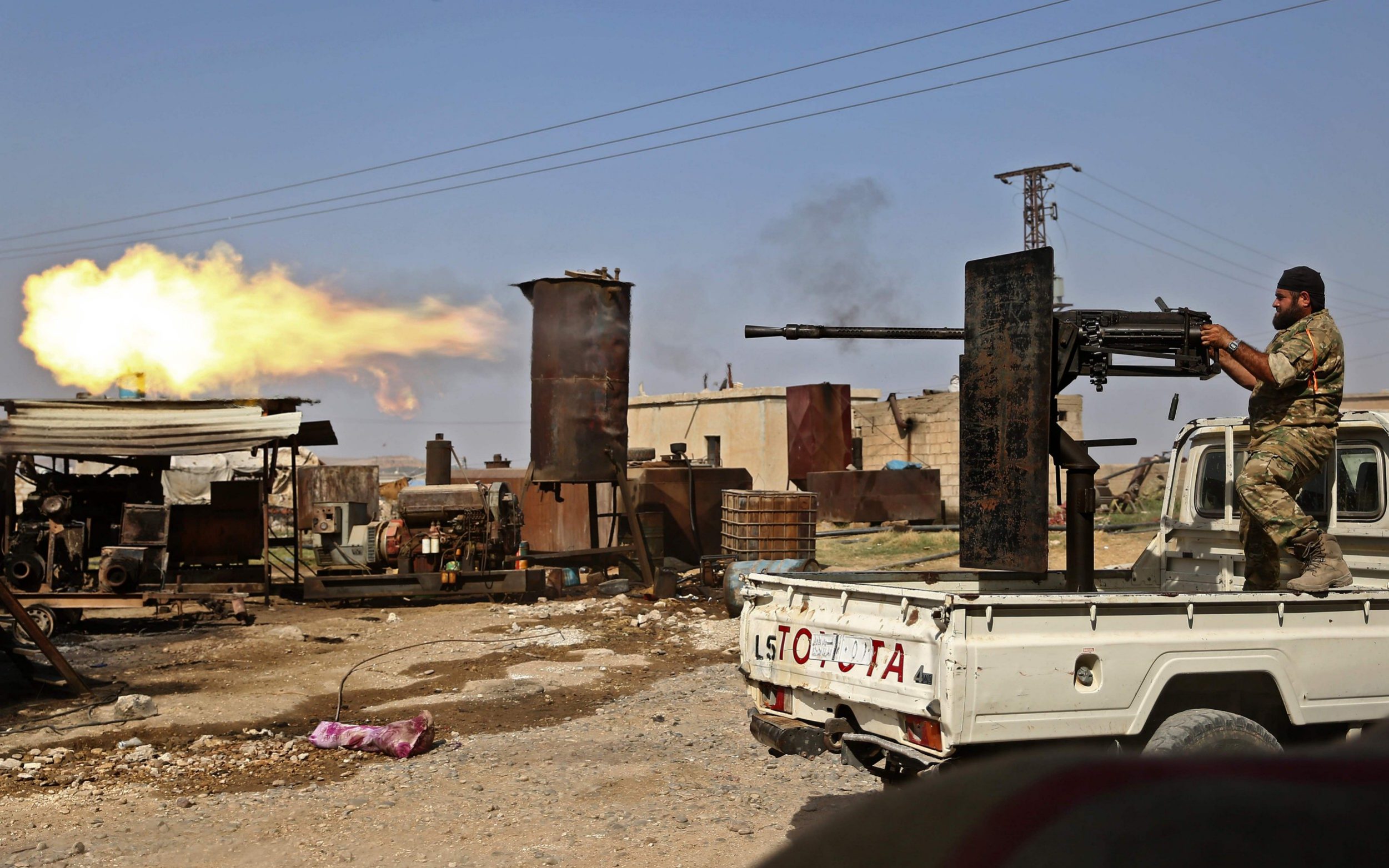 The West’s Kurdish allies on Sunday night announced they had agreed to a Russian-brokered deal to allow the Assad regime into their territory in a a bid to spare their cities from a Turkish assault after they were abandoned by Donald Trump.

Hours after the US said it was withdrawing all of its troops from northern Syria, the Syrian Democratic Forces (SDF) said it had reached an agreement to allow Bashar al-Assad’s troops into their territory.

“If we have to choose between compromises and the genocide of our people, we will surely choose life for our people,” said Mazloum Kobani Abdi, the commander of the SDF.

It was not immediately clear if the agreement with Assad would bring a halt to the Turkish offensive or if the Turkish military and its Syrian rebel allies would continue to advance.

But the deal appeared to strike a death knell for Kurdish hopes of maintaining autonomy from Damascus in their own semi-state in northeast Syria.

The announcement marked a stunning fall for the SDF, who just a week ago could count on the support of the US military in deterring Turkey from taking action.

That security came to an end last Sunday night when Mr Trump told Recep Tayyip Erdoğan, Turkey’s president, the US would not interfere in a Turkish attack on northeast Syria.

“The betrayal process is officially completed,” an SDF official said of the US withdrawal.

Turkish warplanes thundered into Syrian airspace while Turkish-backed rebel forces advanced against the SDF on the ground and on Sunday night Kurdish commanders decided they had to strike a deal to prevent annihilation.

While the formal details of the agreement were not announced, Syrian regime forces appeared poised to enter many of the key Kurdish-held cities along the Turkish-Syrian border, including Kobani, Manbij and Qamishli.  Many of the areas hold vast symbolic importance for the Kurds, who have lost 11,000 men fighting against the Islamic State (Isil) in the last five years to free those cities from jihadist rule.

The announcement came after Mark Esper, the US defence secretary, said he and Mr Trump had decided to withdraw all 1,000 US troops from northern Syria because the Turks “likely intend to expand their attack further south than originally planned”.

“We have American forces likely caught between two opposing advancing armies and it’s a very untenable situation,” he said on Sunday morning.

While Mr Trump said last week he was removing around 50 US commandos from a 120km section of the Turkey-Syria border, hundreds of others American soldiers remained near Kurdish key cities like Kobani and Qamishli.

News of the US retreat sparked panic across northern Syria as civilians, who believed their towns might be spared from Turkish onslaught by the presence of American forces, started fleeing their homes. At least 200,000 people have been displaced so far, aid groups said, and the number is likely to rise.

The decision came as civilian casualties mounted and Islamic State prisoners took advantage of the chaos to mount a mass escape.

Kurdish authorities said early on Sunday around 785 women and children escaped from a camp in Ain Issa when it came under attack from Turkish shelling.

Isil inmates “attacked the camp guard and opened the gates” while Kurdish forces were under fire, authorities said.

Tooba Gondal, a notorious British Isil recruiter from Walthamstow, and her two children, may have been among those who fled and her whereabouts were unknown on Sunday night.

Ms Gondal traveled to Syria to join Isil in 2015 and has been accused of grooming other young British women, including Shamima Begum, to follow her.

There were unconfirmed reports last night that Ms Gondal had contacted family back in Britain to tell them she had escaped the camp.   The Telegraph understands at least three other British women, and reportedly three British orphans, were held in Ain Issa camp before the break-out.

The SDF warned the West the breakout may be the first of many and that the resurgent jihadists “will come knocking on your doors” if the Turkish offensive is not stopped.

The SDF said Turkish-backed rebel fighters intercepted a car carrying Hevrin Khalaf, a Kurdish political leader with the Future Syria Party, and shot her to death along with her driver and an aide on Saturday.

Turkey has said such fighters, known as the National Army, would be at the forefront of anti-Isil operations once the Kurds were defeated.

While US officials insisted America was opposed to the Turkish invasion, Mr Trump struck a laissez-faire note in a series of Sunday morning tweets.

“The Kurds and Turkey have been fighting for many years,” he noted. “Others may want to come in and fight for one side or the other. Let them!”

The US has yet to slap any sanctions on Turkey for the assault, despite White House warnings that it would target the Turkish economy if the offensive led to a humanitarian crisis or disrupted anti-Isil operations.

Both outcomes have already happened.

At least 60 civilians have been killed in northern Syria and 18 civilians have died from Kurdish shelling in southern Turkey since last Wednesday, according to the Syrian Observatory.

France and Germany both announced they were halting arms sales to Turkey but the UK did not match their announcements. Britain approved military export licenses worth £583m to Turkey in 2017, including licenses for attack aircraft and helicopters.