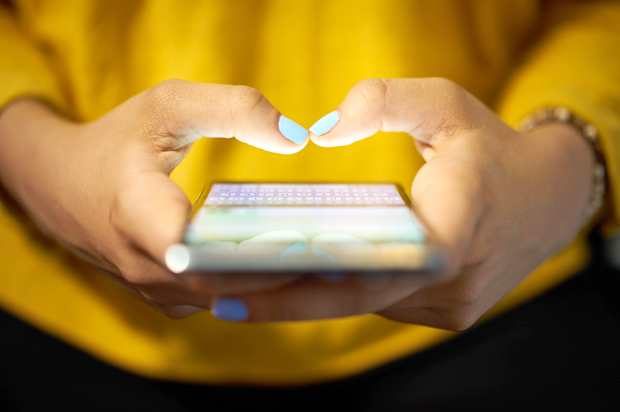 “I stopped for a few days and then I ended up buying new pods. The withdrawals got to me.”

“My friends are the ones who got me into vaping. And they think I shouldn’t stop, but I want to because I don’t want to hurt my family if I get sick.”

“I feel like I get winded easily and I just know it’s not good for me. I want to quit so bad but it’s really hard when all your friends are vaping around you.”

These are just a few of the messages that teen vapers texted in September to the new “My Life, My Quit” program, which offers phone, text and chat lines to young people trying to quit smoking in 13 states.

Even though “quitlines” were designed to help people kick cigarette habits, calls and texts from people who use e-cigarettes are climbing as more people fall ill with a mysterious and devastating respiratory illness linked to vaping.

Health officials are investigating 1,299 cases in 49 states and the District of Columbia, including at least 26 deaths. In California, more than 120 residents have fallen ill, at least three of whom died, according to the California Department of Public Health.

The department in September called on everyone to refrain from vaping, “no matter the substance or source,” while the investigations continue. The Centers for Disease Control and Prevention also advised people to “consider refraining” from using e-cigarette products, especially those that contain THC, the main psychoactive ingredient in marijuana, which has been linked to most of the illnesses.

The rise in calls to help lines means the message is penetrating, said Stanton Glantz, director of the University of California-San Francisco Center for Tobacco Control Research and Education.

“The more we learn about e-cigarettes, the more dangerous they look,” Glantz said. “Callers are right to be worried, frankly.”

Optum, which operates tobacco quitlines for 23 states and the District of Columbia and for more than 1,000 employers, logged a 50% increase in callers asking for help to quit vaping since the CDC released its first report on the illnesses in early September, said Seth Serxner, the company’s chief health officer.

The quitlines are publicly funded, and the counseling is free.

Almost 20% of callers to Optum’s help lines said they used vapes, up from 3% during the same period in 2015, Serxner said.

Calling 1-800-QUIT-NOW routes callers to counselors in their state, where they can get counseling to help them set quit dates and identify triggers that could lead to a relapse. If clients give permission, counselors follow up with them in the days and weeks after their initial call, when quitting can be most difficult.

Depending on where callers live and what kind of insurance they have, they may qualify for free nicotine replacement therapy, like patches, gum, lozenges or prescription medication. Vapes and e-cigarettes are not a federally approved treatment for smoking cessation, so help lines have not recommended them to clients to help them quit.

Not all state quitlines are seeing an uptick in calls. Calls from vapers were flat for West Virginia’s help line from July through September compared with the same period in 2018, said Lindsy Hatfield, program director for First Choice Services, which operates the state’s quitline.

But starting in August, Hatfield noticed that some callers didn’t realize that their Juul e-cigarettes, the nation’s most popular brand, could addict them to nicotine, even though it is listed as an ingredient on the package.

The University of California-San Diego runs California’s tobacco quitline (which offers help in English and Spanish) and serves about 30,000 callers a year. It also runs a national help line for people who speak Mandarin, Cantonese, Vietnamese and Korean.

Since 2017, the quitline has received a steady increase in calls from people who vape. Most said they were using e-cigarettes to quit or cut down on cigarettes because they thought of vapes as a “better alternative,” said Niki Hoang, a San Diego-based counselor and former smoker who has been with the help line for seven years.

Hoang and her colleagues noticed a change this summer: Callers who used vapes to quit cigarettes are now trying to quit vaping, she said.

And smokers who have never tried vaping are vowing to stay away, saying they don’t want to “be the guinea pig,” according to Hoang.

The summer’s influx of calls prompted the help line to train the California staff — about 60 counselors — on the history of the devices and how to counsel people who want to quit.

The calls for help are a far cry from 2007, about the time vapes hit the U.S. market and were described as safer than cigarettes.

Millions have started using them since then, including teens and young adults. Recent federal data funded by the National Institute on Drug Abuse shows that 25% of this year’s high school seniors and 20% of 10th graders reported vaping nicotine in the past month. That’s more than double the use reported in 2017.

But there is at least one key difference between smoking and vaping that might make the latter more difficult to quit, said Ylioja of National Jewish Health. Vapers have an easier time evading restrictions on smoking in indoor spaces or public places because the smell dissipates faster, he said.

That makes it difficult for vapers to make a plan to avoid situations or people sparking future cravings.

“They have a harder time identifying what triggers might be,” Ylioja said. “They were using these products in so many different social situations.”

You can “see” PTSD in a person’s eyes, researchers find 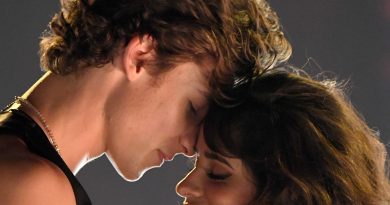