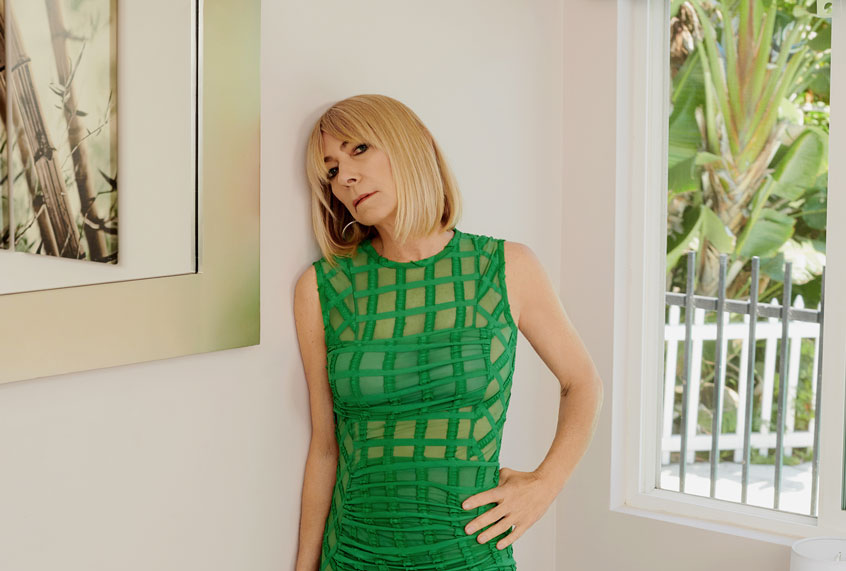 The East Coast seems baked into the image of Kim Gordon, the bassist of the college rock staple Sonic Youth and an iconic visual artist and solo musician in her own right.  While raised in California, Gordon’s work has always had a sarcastic edginess that seemed more at home in New York City than in the sunny environs of Los Angeles. But Gordon is back living in the city of angels and her new solo release “No Home Record” has an appropriately sunlit cover and some cheerful song titles, such as “Air BnB” and “Cookie Butter.” But the music itself still has that crashing noisiness that first drew audiences to Gordon’s work in the ’80s and ’90s.

I met with Gordon not in L.A., however, but at the offices of Matador Records in Manhattan, where we spoke about the new record and the much older — but still relevant — feminist battles that Gordon has spent her career fighting for.

Our conversation has been edited for length and clarity.

I’m intrigued by the album title “No Home Record,” because I was reading your bio and it said you moved back to Los Angeles after living on the East Coast for a while.

When you move back to a place you grew up, it’s familiar, but it’s not quite the same, but also, L.A., it’s such a transient place. That’s its history, and most of the songs are kind of inspired from living there. Mostly, I feel like home is wherever my daughter is, and she lives [in New York]. But [only] when I’m with her. Because I hadn’t actually lived in New York for many years. We were living in Northampton, so it was weird, the idea of moving back to New York.

I feel like New York had changed in a way that was more drastic than L.A.

Tell me more about Los Angeles inspiring this record, because I feel like there’s an interesting sunniness to the art, but then the music is kind of dark.

That’s kind of how I see L.A., I guess. On the outside and the surface, it’s sunny, but there’s this dark thing.

And I do feel deeply connected because of my mom’s roots and her family moving there in the Gold Rush. I kind of feel like I have a little of that pioneer spirit. I don’t know who said it, but people moved to California for adventure, not really security. I think that that’s the DNA.

Every city, I think, has a DNA. New York is about money and good times. Even the architecture in L.A. is a result of that transience, people moving, whether the ’50s, or ’40s for Hollywood and those cottages that you see all through Hollywood, with the walkways. Now the homeless population is an explosion of tents everywhere, so it does have this quality of transience to it.

It’s different from New York, which feels like it’s a city where you just take what you want from it. And you’re anonymous, and it’s a gold mine in its way. Opportunity, that’s what it promises in a funny, opposite way from California and the Gold Rush mentality.

The name “No Home Record” also refers to technology and the idea of my generation, or people who grew up listening up to vinyl and records, there’s always going to be some new technology, but you have this kind of idealized idea of sound, or the way you listen to music.

But when you actually carry music around in your head, it doesn’t have a technology to it, or if you’re even listening to it out of the shitty speakers on your computer, which is the way most people probably listen to music. It’s like the technology’s invisible, and it just goes right into your brain. And I feel like the sound of technology is just like a blanket. It’s so external, and the technology now is just, it’s internal. Pretty soon, it’ll just be intimate.

There are songs on this record that are a little bit more of the sound that you’ve typically worked in, but I feel like there were a lot of songs on here that had an almost industrial sound to them. I was curious why you were attracted to that sound?

I always liked hip hop music, not really industrial music, actually so much. But I like noise music, so it’s more of a wedding of maybe hip hop and noise, with some dissonance. And minimal music.

I feel like if it has anything to do with noise or dissonance, I feel very free to use that.

A lot of the lyrics on this record are like most of what you’ve written in the past: Abstract, poetic. But I picked up on obviously very satirical tones, and specifically a lot of critique of capitalism. I was particularly intrigued by the “bubble wrap me” lyrics on “Air BnB” and I wanted to hear some more from you about what that song’s about.

We’ve really evolved consumerist culture to such a heightened degree that it’s weird.  Amazon is going to actually rule the whole [world]. You can get it instantly delivered, you can get everything.

I feel, also myself, I have less and less patience for waiting. If I’m waiting, I’m on my phone. It’s just anything to escape being present. And “Air Bnb,” I like the advertising of it. To me, it’s all like a modern-day landscape, and I just kind of marvel at it all the time.

That’s the goal — to achieve a kind of seamless, smooth lifestyle. And it’s almost like an opiate.

You mentioned commerce and art intertwining, or maybe being flipped on itself. You had an exhibit at the Warhol Museum in Pittsburgh, and have said that Warhol was a big influence on how you think about art, and how you think about music. Could you tell me more about that?

Not just Warhol, but also pop artists just using materials around them. It’s this re-representation that they did of the culture that was interesting, and it’s interesting if you do it without irony. As a visual artist, I like to do it non-ironically.

The first record of yours I bought was “Dirty.” I was in high school, and I definitely had never heard a woman singing about sexual harassment before. I feel like that subject has not only not gone away since then, but has obviously, with the Me Too movement, gotten much more intense. And having been there from the beginning, and having been writing songs about this before, how does that make you feel?

It’s just weird, because you expect humanity to evolve as technology evolves. Just because the technology has evolved doesn’t mean we’ve evolved, and obviously we haven’t, because what’s going on with abortion issues now and still, white men in power trying to control women’s bodies. So, it’s just weird how things don’t change like you think they are.

Is there a way musicians can affect change?

I think music can affect at least awareness. You can’t have any change unless you have awareness, so I think art, and music, is so relevant in that way, maybe more than ever. Sometimes, though, the more palatable it’s made, the less it can affect things, I think.

I think there is a place for art. I think maybe it’s going to be more and more experiential as people are more and more in their heads in the Internet, or their phones and devices. 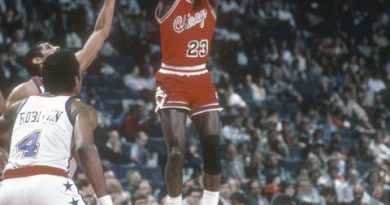 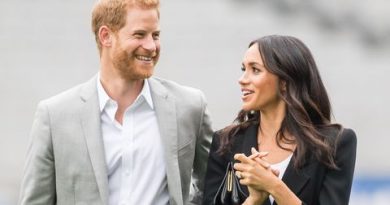 Government to organise a ceremony to welcome covid-19 vaccine today

Government has said it will organise a ceremony to welcome covid-19 vaccines later today Wednesday February 24. Even though details