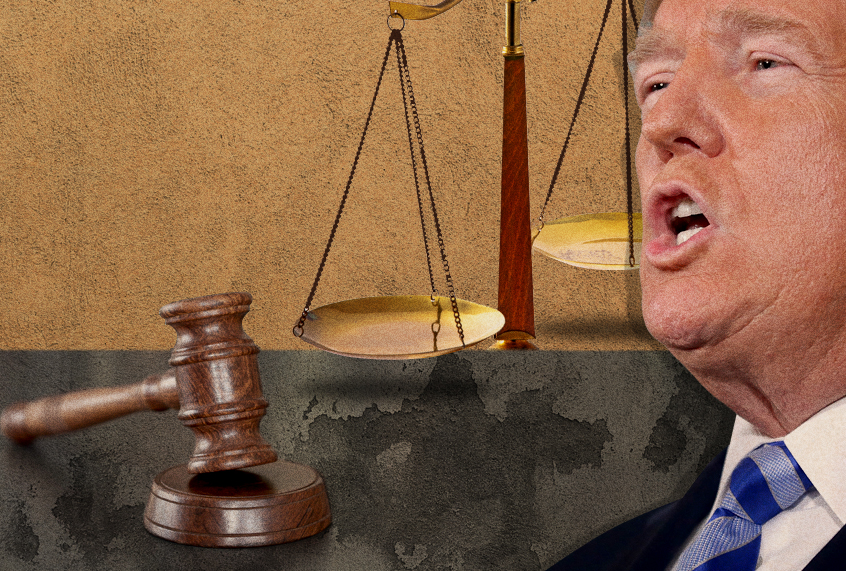 Donald Trump’s bid to withhold his tax returns from a grand jury failed on Monday thanks in large part to flyers handed out more than a half-century ago protesting the fatal LAPD shooting of an unarmed black man.

The 1919 Palmer raids and the 1950s House Committee on Un-American Activities — the discredited witch hunt for supposed communist subversives in the civil rights movement, unions and Hollywood — play supporting roles in thwarting Trump’s efforts to evade criminal investigation. There is even a brief walk-on part for a Ku Klux Klansman, who asserted a First Amendment right to urge violence against African Americans.

Such are the strange ways that the law weaves through American history, tying radicals long ago to the self-absorbed radical now in the White House.

For the moment, Trump’s tax returns remain secret while his lawyers appeal the ruling dismissing his lawsuit. Trump seeks to quash a subpoena for eight years of tax returns.

But Trump’s lawyers filed suit in federal court trying to stop the grand jury subpoena of Mazars. The Trump lawyers asserted a “bad faith effort to harass the president by obtaining and exposing his confidential financial information.”

The lawyers also made sweeping claims that Trump, his Trump Organization, his family and associates are all immune from criminal investigation so long as he holds office.

Judge Victor Marrero of Federal District Court in Manhattan dismissed the Trump complaint, finding it “repugnant” to our Constitution.

Unlikely to win on appeal

On appeal, Trump is unlikely to prevail, only to delay the grand jury. We can expect a backup strategy, too, to further delay the criminal inquiry once the federal courts finish with Trump’s legally nonsensical claims. More on that in a moment.

What escaped mainstream news coverage was the legal basis for Judge Marrero’s 75-page decision, a carefully articulated and nuanced walk through the concept of federalism in criminal cases.

Under our Constitution, the states and the federal government are equal except where Washington is specifically given supremacy.

Under Younger and some other cases, Trump will be able to run to the federal courts for relief only if he is convicted of a crime. But during the investigative and trial stages, the Supreme Court has consistently held, suspects and defendants must be turned away by the federal courts.

John Wesley Harris was a California Progressive Labor Party organizer who was “arrested for distributing insurrectional literature,” as the House Un-American Activities Committee put it.

The leaflets protested the official handling of the fatal 1966 shooting of Leonard Deadwyler, who was stopped for speeding as he raced to get his pregnant wife, who apparently was in labor, to a hospital.

Such laws became common after the original Red Scare and the so-called Palmer Raids began in 1919. President Woodrow Wilson’s attorney general, A. Mitchell Palmer, led raids on opponents of World War I, as well as people who advocated for unions and civil rights. Exploiting official fear of a Bolshevik revolution helped J. Edgar Hoover rise to create the forerunner of the FBI in 1924 and to run the bureau as his personal fiefdom until his death in 1972.

State criminal syndicalism laws essentially made it a crime to advocate ideas opposed by the government. For five decades this assault on the First Amendment right of free speech and assembly was upheld by the courts.

In a 1965 case, Dombrowski v. Pfister, the Supreme Court held that “the mere possibility of erroneous initial application of constitutional standards by a state court will not ordinarily constitute irreparable injury warranting federal interference with a good-faith prosecution.”

This explains why Trump’s lawyers claimed bad faith by the Manhattan district attorney, a claim that Judge Marrero found to be baseless.

The high court took up Younger v. Harris even though in 1969 the Supreme Court declared criminal syndicalism laws unconstitutional. The case involved an Ohio KKK leader who advocated violence against African Americans, speech protected by the First Amendment unless it instigated acts of violence.

Even though the Supreme Court had already found Ohio’s criminal syndicalism law invalid, it took the California case to solidify its history of rulings that people who claim abuse by state prosecutions cannot seek relief from the federal courts except under the most extraordinary circumstances.

The Supreme Court held in Younger v. Harris that the “Federal courts will not enjoin pending state criminal prosecutions except under extraordinary circumstances where the danger of irreparable loss is both great and immediate.”

The decision against Harris specified two very limited circumstances under which the federal courts might intervene in a state criminal investigation and prosecution. One was harassment or bad faith prosecution, which violates the suspect’s Constitutional rights. The other was any circumstance specifically authorized by Congress.

Justice Hugo Black, writing for the majority, began the decision noting: “Since the beginning of this country’s history, Congress has, subject to few exceptions, manifested a desire to permit state courts to try state cases free from interference by federal courts. In 1793, an Act unconditionally provided: ‘[N]or shall a writ of injunction be granted to stay proceedings in any court of a state….’”

Not a single case since Younger has authorized federal court interference in state prosecutions.

“Consider the reach of the President’ s argument,” the judge wrote. “The President’s special dispensation from the criminal law’s purview and judicial inquiry would embrace not only the behavior and activities of the President himself” but many others.

Trump seeks to “immunize the misconduct of any other person, business affiliate associate, or relative who may have collaborated with the President in committing purportedly unlawful acts and whose offenses ordinarily would warrant criminal investigation and prosecution of all involved.”

Judge Marrero agreed that “subjecting the President to some aspects of criminal proceedings could impermissibly interfere with or even incapacitate the President’s ability to discharge constitutional functions. Certainly, lengthy imprisonment upon conviction would produce that result.” However, “that consequence would not necessarily follow every stage of every criminal proceeding.”

Trump, the judge wrote, proposes a “sweeping doctrine [that] finds no support in the Constitution’s text or history, or in germane guidance charted by rulings of the United States Supreme Court.”

Indeed, Judge Marrero noted that “the only thing truly absolute about presidential immunity from criminal process is the Constitution’s silence” on the matter.

So, there it is in all its judicial irony: Trump, a man with no regard for our Constitution and who daily abuses the powers of his office, inches closer to being held accountable for his conduct before assuming office because of official abuses of people who advocated unpopular ideas. 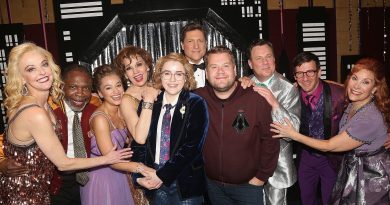 The Prom Debuted on Netflix on Friday. Here’s How Twitter Reacted.

My students war-gamed a “Trump gets COVID” scenario — in March. It didn’t end well