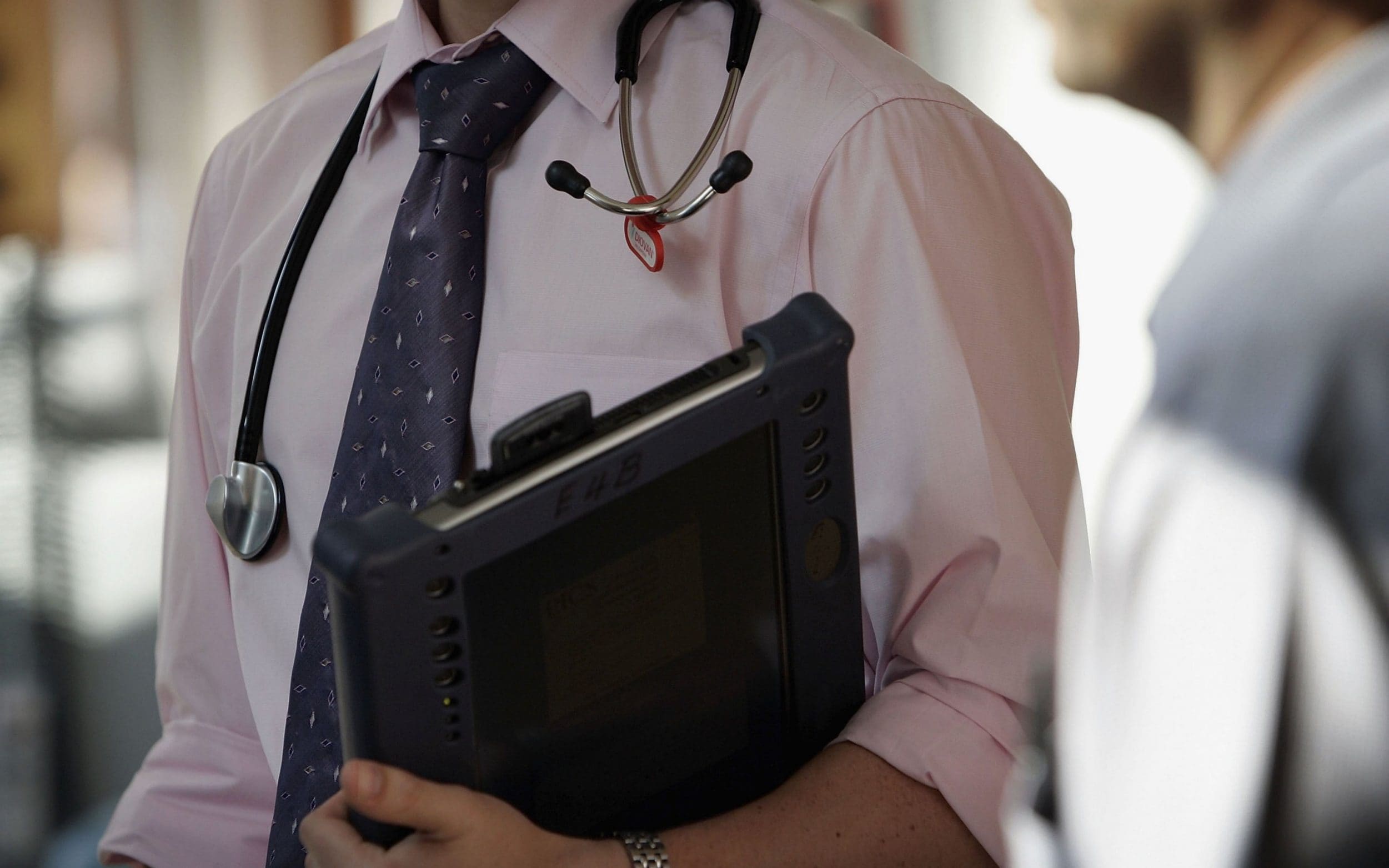 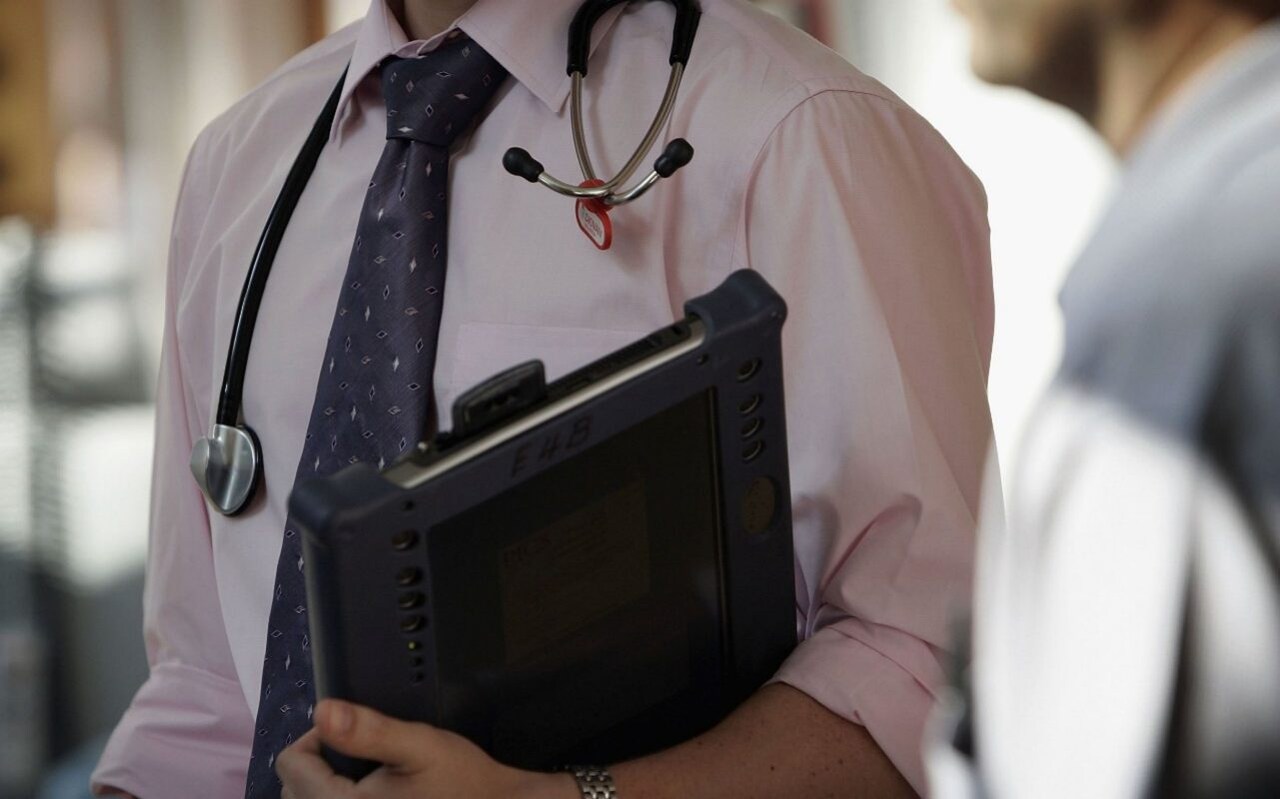 Hospitals are paying locum doctors record sums of almost £4,000 each per shift in a bid to plug a growing staffing crisis across the health service.

A Daily Telegraph investigation reveals a sharp rise in “eye-watering” payments made via agencies, despite repeated pledges to clamp down on spending on temporary medics.

In most cases, the sums covered not just the hours worked, but time doctors spent on call – including when they were sleeping.

A medic working just one such shift weekly, including time on call, would be paid £182,971 a year, including fees to agencies.

Patients’ groups said NHS trusts were being “held to ransom” because so many doctors are refusing to work overtime, , because of a growing pensions crisis.

Freedom of Information disclosures reveal that since 2017, 16 trusts have paid more than £3,000 a shift for agency and bank doctors.

Six trusts have paid such rates since April – almost as many as the seven in the whole of the previous 12 months – with one doing so on four occasions.  The steep rise follows changes in tax rules which means rising numbers of medics are cutting their NHS hours.

The highest sum was paid by Barking, Havering and Redbridge University Hospitals trust, which this year spent £3,893 covering one 24 hour shift for a gastroenterologist on a bank holiday weekend. North Cumbria University Hospitals trust spent £3,658 for an Accident and Emergency consultant to provide cover for 31 hours in June. And Bedford Hospital trust last year spent £3,686 on one 32 hour shift covered by an obstetrics and gynaecology consultant, the figures show.

Joyce Robins, from Patient Concern, said: “These kinds of sums are incredible – eye-watering. It’s just mind-numbing to see trusts being held to ransom and making these sorts of payments, when the health service is so under pressure.”

A complex combination of rules means that senior doctors can end up paying as much as 90 per cent tax on earnings over £110,000 a year. As a result, NHS trusts are increasingly paying higher rates to agency staff, in an attempt to compensate for the higher tax rates, or target younger doctors who are yet to feel the full impact of the rules.

The crisis is compounded by shortages of medics in many specialties, with almost half of advertised consultant posts going unfilled, and one in four senior doctors working part-time.

“It reflects the immense pressures trust face – sometimes at substantial financial cost – to fill gaps in rotas that could otherwise harm patient care. There are almost 100,000 vacancies in the NHS, and shortages of doctors have been exacerbated by concerns over pensions, leading to further delays and disruption for patients,” she said.

The Government has proposed changes to reduce the impact of the pensions and tax rules, but Ms Cordery said they did not go far enough to respond to the growing problem.

The FOI disclosures are from 49 NHS hospital trusts – more than one in three of all those in England – who agreed to supply details of their most expensive shifts.

Most such payments were made via commercial agencies, which take a share.

Experts said the latest figures, which cover the period from April to September, signal a growing crisis, ahead of winter, when pressures normally deepen.

The NHS had been steadily reducing spending on agency staff since setting caps on its rates in 2015, when the bill for locum workers fuelled the biggest NHS deficit on record.

But official figures show that since 2017/18 it has failed to make any progress, with spending of £2.4bn, £200m more than the target set.  In August of last year the head of the NHS watchdog urged trusts to only use locum medics “as a last resort” as it set new targets, urging them to cut costs.

Experts fear the figures will be even worse next year, as increasing numbers of doctors cut their hours.

Rachel Power, chief executive of the Patients Association, said: “It’s shocking to think that NHS is being charged more than 10 per cent of a junior doctor’s yearly salary, for just a single day of cover from a locum.”

“The Government needs to do much more to stop big chunks of cash being used to patch very basic holes in the workforce,” she said.

Until now, the highest payment uncovered was back in 2014, before the caps were introduced, when County Durham and Darlington Foundation trust spent £10,852 on three days cover for a bank holiday weekend –  a rate of £3,617 a day.

It follows warnings that four in five A&E consultants are considering cutting their hours this winter, in a bid to protect their earnings.  A poll of more than 500 senior doctors by the Royal College of Emergency Medicine found nine in ten feared the crisis would threaten patient safety in coming months.

Trusts with the highest payments said the sums were paid to ensure safe cover, especially in areas with shortages of specialist consultants. None were in line with the current cap on rates, which is more than £104 an hour at evenings and weekends. Most included time spent on call, in some cases, off-site. Several said the tax and pensions issue was significantly affecting their workforce, with some consultants choosing to reduce their workload.

Speaking about the most expensive shift, Dr Magda Smith, chief medical officer and gastroenterology consultant at Barking, Havering and Redbridge University Hospitals trust, said: “Patient safety is our number one priority. In this isolated case, it was clinically essential to maintain 24 hour consultant cover in a critical specialty, which is notoriously difficult to recruit to.”

Watch: Forced to confess to the world by the Chinese state

The Executive Director of the National Council for Curriculum and Assessment (NaCCA), Dr Prince Armah says he is poised to

Covid19: Stagger reopening of schools to accomodate all students – TUTAG