NAIROBI, Oct 10 (Reuters) – Uganda’s shilling was seen weakening next week while traders said the Tanzanian and Zambian currencies would likely hold their ground.

The Ugandan shilling will likely weaken further next week, undermined by negative sentiment after the central bank trimmed its policy rate by 100 basis points on Monday, traders said.

“We have generally seen the shilling bend on the weakening side as the rate move feeds a negative sentiment and I think that knee-jerk reaction will go on for some time,” said a trader at a leading commercial bank.

The Bank of Uganda cut its policy rate to 9% from 10% on Monday, saying it needed to stimulate growth amid low inflation.

The Tanzanian shilling will likely hold its ground in coming weeks, underpinned by the start of the cashew season, traders said.

On Thursday commercial banks quoted the shilling at 2,294/2,304 against the dollar, nearly the same level as a week ago.

“The shilling will be more stable next week and even throughout the month to November because the cashew nut season is starting,” said a forex trader from a commercial bank in Dar es Salaam.

“The kwacha seems to have established a new equilibrium level above $1/K13.000 and will likely trade above this level in the medium to long term,” Cavmont Bank said in a note. (Reporting by Chris Mfula, Chijioke Ohuocha, John Ndiso, Elias Biryabarema and Nuzulack Dausen; Compiled by Chris Mfula; Editing by Giulia Paravicini and Andrew Heavens) 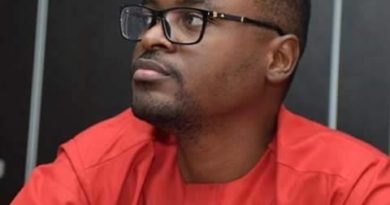 100 Days Of Buhari A.K.A ‘Baba-go-slow’ By Fredrick Nwabufo 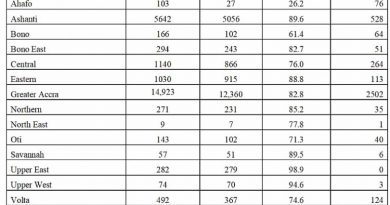 Listen to article Ghana’s Sports Minister, Isaac Asiamah has extended his best wishes to boxer Isaac Dogboe, as he returns

I was lured into homosexuality by 18-year-old boy, 42-year-old man alleges

Oppo’s expanding phone can grow and shrink on demand