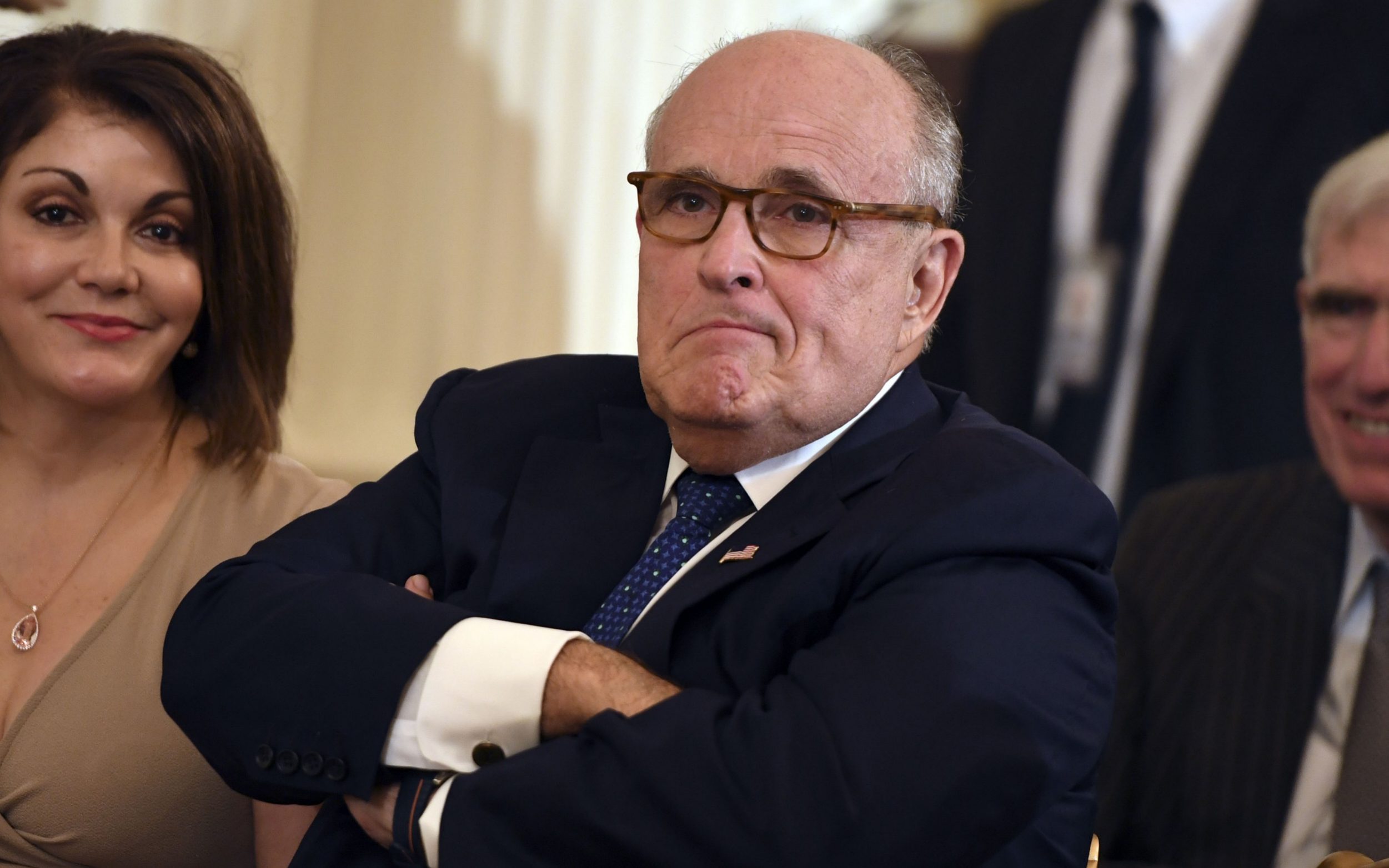 Lev Parnas and Igor Fruman, both US citizens, were arrested on a four-count indictment that includes charges of conspiracy, false statements to the Federal Election Commission [FEC] and falsification of records.

The men were arrested at Dulles airport outside Washington DC on Wednesday evening and are expected to appear in court on Thursday. Two other men were also charged, according to the indictment.

Parnas and Fruman have reportedly been involved in Mr Giuliani’s attempts to get Ukrainian officials to investigate the business dealings of Joe Biden, the Democratic presidential hopeful, and his son Hunter Biden.

Mr Trump’s role in encouraging such an investigation has triggered an impeachment inquiry. The Bidens have denied any wrongdoing. Mr Trump has denied abusing his presidential powers.

The House Intelligence Committee, which is leading the impeachment inquiry, was seeking to talk to both men later this week.

Parnas was born in Ukraine and Fruman was born in Belarus, both former Soviet Union countries. They are now reportedly based in Florida.

In recent years they have given political donations to Mr Trump’s re-election efforts, the Republican Party and prominent Republican congressmen.

Prosecutors said the two men had one-way flight tickets out of America when they were arrested. The indictment claims the men once pushed for the removal of America’s former Ukraine ambassador.

A photograph found by The Wall Street Journal shows Parnas with his thumb up posing with Mr Trump, the US president, at a White House event reportedly held on May 1 2018.

The paper has also uncovered a photo showing Parnas and Fruman having dinner with Donald Trump Jr,  the president’s son, which was reportedly posted on Facebook on May 21 2018.

At the heart of the charges is a $325,000 donation the men made. The recipient is not named in the indictment but it is widely reported in US media to be the America First Action committee, which supports Mr Trump.

Records show that Parnas and Fruman used wire transfers from a corporate entity they controlled, according to The Associated Press.

But wire transfer records that became public through a lawsuit show that the corporate entity reported as making the transaction was not the true source of the money.

The indictment says Parnas and Fruman “sought to advance their personal financial interests and the political interests of at least one Ukrainian government official with whom they were working” and took steps to conceal it from third parties, including creditors.

They created a limited liability corporation, Global Energy Producers [GEP], and “intentionally caused certain large contributions to be reported in the name of GEP instead of in their own names,” according to the indictment.

Prosecutors allege that the two men falsely claimed the contributions came from a liquefied natural gas business. At that point, the company had no income or significant assets, according to the indictment.

A spokesman for America First Action told The Wall Street Journal that the group had placed the contribution in a segregated bank account following the complaint filed with the FEC.

“We take our legal obligations seriously and scrupulously comply with the law and any suggestion otherwise is false,” the spokesman said.

John Dowd, the lawyer who is representing both men and previously headed up Mr Trump’s legal team, did not immediately comment.

Sally Challen: Woman who bludgeoned husband to death with hammer to be released from prison ahead of retrial