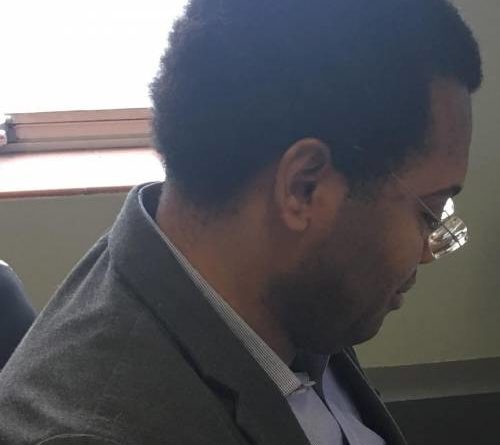 I attended the birthday party of the matriarch of a Nigerian friend’s family in Edmonton a few weeks ago. It was mama’s 82nd birthday. Her children and grandchildren decided to give her a truly memorable birthday party. The invitation card was tastefully done and regular reminders meticulously delivered.  There was the ubiquitous “Adults only” warning on the card. That was a not-so-subtle warning to Nigerians in diaspora who liked to turn social gatherings to babysitting opportunities. In a part of the world where children were treated as expensive acquisitions, there were rarely extended family members to help take of children or neighbours to whom such colossal responsibility might be entrusted. Therefore, people would take young children to such gatherings or pay others to babysit. Mama was on vacation from Nigeria, where she lived. Mama’s children flew in from Europe and the US.  They spoke eloquently about her hard work. She became sole breadwinner after her husband’s death. She was a teacher but her salary was insufficient. Mama grew several crops on her farm during the Nigerian Civil War (1967-1970). She processed some of the crops for sale to raise additional cash. You would expect the children’s education to suffer under such circumstances. It did not. Mama was a disciplinarian and insisted on high academic performance. Her children did not disappoint. They all went to school and became successful in various professions. Mama was that lion roaring in the jungle to protect its own.

We all enjoyed mama’s timeless dance. Her moves made you want to board a time machine to have an idea how people lived and partied in those days. Mama gave a fine speech. It was a story of survival, courage and fearlessness in the face of danger. It was an emotional moment with grown women and men moved to tears. She ended her speech with the prayer “as you go back home, armed robbers will not attack you on the road”. The prayer caused lots of smiles, chuckles and respectful laughter in the largely hybridized Nigerian-Canadian audience. It was funny and entertaining to our Canadian sensibilities. Robberies happen in Canada but they are relatively few and armed robberies are rare. The master of ceremonies said what was on our lips “mama, there are no armed robbers here”. We finally had permission to laugh really hard.

This example reflects how society shapes the kinds of prayers we offer. People may not realize it but how we organize ourselves or fail to has an overriding influence on the content of our prayers. Prayer requests are byproducts of human social organization (or lack of). Consider that the most materialistic person in biblical times could not have prayed for a Range Rover.

There is no better place to feel the pulse of a developing society than church services. Pentecostal church services put on vivid display Nigeria’s internal logic. Prayers and testimonies, in particular, speak to broader socio-political, economic and cultural issues. I enjoy going to church in Nigeria. Churches are thermometers for measuring the country’s struggles, triumphs and the state of the human condition. Church services are now major security events in Nigeria. Police and private security are deployed to block streets leading to major churches. Abuja has become notorious for that as the fear of Boko Haram is the beginning of cleverness. Cars are parked with impunity right in the middle of the road. No warning signs are provided to drivers to warn them that a road has been blocked. God help you if you take Uber on a Sunday morning in Abuja. But don’t get angry; it is all worth the effort once you get to church, pass through security (screening is now routine) and find a comfortable seat.

Testimony time is always a treat. On my first Sunday service last summer in Abuja, one woman testified that her house was infested with cockroaches. She said she did not understand where they came from and had to engage in prayers. Apparently, the cockroaches left. I wondered if madam had heard of fumigation. I wanted to say to her “madam: gather the family together to clean your house and allow no food leftovers on the floor”. Another person testified about her son’s university admission outside Nigeria. Sending children to study overseas is no longer just a quest for knowledge. It is now a status symbol among middle class Nigerians. The more children you have studying overseas, the greater the prestige. It does not matter that some of the children struggle academically having attended expensive but mediocre private schools. Another testifier spoke about her son’s National Youth Service Corps (NYSC) posting. She said “He is where I want him to be”. She seemed to suggest that she succeeded in influencing the posting but gave all glory to God for allowing it to work out. Shebi, God works through people. The young man’s agency appeared stifled in parental preference. We will never know if his choices aligned with his parents’.

Nigeria’s precarious security situation received honorary mention. One church member said he was implicated wrongly in a kidnapping case. Six of the victims died in the hands of the kidnappers. He spent seven years and one month behind bars for a crime he knew nothing about and was released by a judge a week before his testimony. He said his mother and sister died in a road accident two years into his incarceration while on their way to visit him. At that point, some church members appeared frustrated by his testimony as if to suggest “brother, go for deliverance” (after all, we were in a church famous for deliverance). I considered the implications of the man’s experience for detention of suspects before trial, length of adjudication, evidence collection by the police and compensation for those unjustly detained. The man had no such analytical luxury: He was simply grateful to have his freedom.

One woman narrated how several shops got burnt in a massive fire but hers was miraculously spared. It was an impressive miracle when you consider the condition of the fire service, which apparently showed up after the damage was done. We all covered the testimonies with the blood of Jesus and shouted seven hallelujahs. Tithe and offering time was a fine technological affair even in one of the most conservative churches. POS machines were moved around by ushers in uniform. The church had gone corporate given that this was a church where jewelry of any kind was banned and women were not allowed to wear trousers.

There’s a way to dance in a conservative church. The talking drums (gangan) and other musical instruments may tempt you but don’t be too quick to dance. Simply allow the music to marinate in your body: Stand up, begin with your waist and slowly follow the rhythm. Don’t be vulgar otherwise brethren would assume you have backslidden.

The Pastor mounted the pulpit and at the end of his message announced the matter of a missing 13-year old child of a member. There were prayers for the Holy Ghost to “arrest” the girl. Given the lack of comprehensive database for missing persons and ineffective policing, God must intervene in this matter as well. The kidnapping case was quickly forgotten as the new church building project was announced to cap a nice afternoon. The template was shown on large screens.

There were prayers against witches and wizards and other evil forces but my favourite was a truly remarkable prayer point at the end of the service. It was “Fire of God fall upon me and deliver me from those who hate me either rightly or wrongly”. I resisted the temptation to unpack and analyze the prayer point. This social analysis thing will not put me into trouble. We all held our heads in our palms and prayed hard. Who does not want their enemies dealt with? I was making plans about my next visit when the pastor announced the date for dry fasting. Ha! Dry fasting ke? I knew when next not to show up.

I went to a church at the Transcorp Hilton Hotel the following Sunday. Half a dozen sisters lined up to welcome people to church. Could that be a deliberate strategy? They were all of a certain age bracket, height and complexion. The guest worship leader was Steve Crown, who had his entourage and did his best to remain humble in an increasingly celebrity-worship culture. It was a different yet equally enjoyable kind of service with qualitatively different prayers. Just like there were no armed robbers in Canada, there were no witches and wizards pursuing the rich and those trying to hobnob with the rich in Abuja.

An Accra High Court Judge, Justice Amos Wuntah Wuni, has stated that he has not received any orders from the