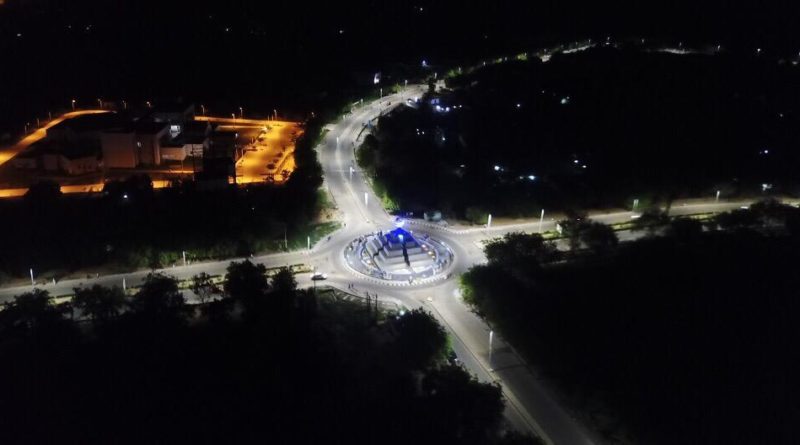 A World Bank presentation in London drew an encouraging picture for the Nigerian market by explaining why the mini grid segment will take off in the next 12 months.

The World Bank’s Jon Exel has predicted the five-year mini-grid program run in Nigeria since June by the lender will prove a game changer in a nation with a population of around 200 million people. If successful, the initiative could be rolled out across the continent.

pv magazine in the summer reported on the $550 million World Bank loan to Nigeria for the development of mini-grids and solar home systems, breaking the news Greek engineering, procurement and construction firm Metka was completing mini-grids to power four Nigerian universities.

Under the World Bank scheme, mini-grid developers can claim $350 for each user connected to their network but a tender element to the program could significantly drive down that figure.

The World Bank, Exel told the Off-Grid Energy Access Forum in London organised by Greentech Media, “believes that if we are to provide subsidies to make the development of mini-grids investable, then this should be results-focused, offering performance-based grants.”

The World Bank and Nigeria’s Rural Electrification Agency (REA) operate a tender which aims to define the level of performance grant for 250 new mini-grids in the country.

Senior energy specialist Exel told pv magazine the REA had initially selected 2,000 sites for mini-grids but later worked with the World Bank to bring the number down to 250 using criteria such as the number of inhabitants, economic activity and nearby infrastructure. The partners then invited potential investors to express interest in developing mini-grids at the 250 locations and the winning bidders will be announced this year.

“We received 64 expressions of interest and we are going to publish a shortlist comprising 16 investors,” Exel told pv magazine, indicating that development is due this week. The partners will select the five or six investors who offer to build the mini-grids for the lowest grant cost per new connection. That means incentives much lower than $350 per mini-grid connection could end up being offered, the World Bank representative said.

The number of developers selected will ensure only investors able to develop multiple mini-grids will succeed. Shortlisted investors will gain free access to an online database containing information about the 250 locations which will enable them to develop site-specific business models.

“Our tender program allows for market functions to remain in place. Investors still need to have a business model and raise capital in the finance market,” said Exel.

The hope is that the World Bank’s performance-based system proves robust enough to attract investors.

It also remains to be seen whether the program can be rolled out across the continent. The World Bank deals with national governments which must request its help before it starts operating in new territories. When a request is made to the lender, the two parties must agree on certain actions for the bank to roll out a loan program.

“Nigeria has done some great work,” said Exel in London. “For example, it has developed regulations and has put in place the Rural Electrification Agency, which is a credible institution. For the bank to roll out mini-grid schemes in other states the same conditions should be met.”

A delegation from the international development lender was due in Ethiopia this week, Exel revealed, and the hope is that other African states will witness a successful system in Nigeria and want a part of the action.

With concerns expressed in the summer – at the Africa Energy Forum held in Lisbon – about the lack of a mini-grid development business model in Africa, the hope is that the World Bank can hit upon a solution with its Nigeria program. “So far, we don’t have proof of a model that can electrify the people of Africa off the main electricity grid,” said Exel. “We work to get there and our program in Nigeria will offer us the knowledge to do so.”

The REA, meanwhile, has announced the results of a separate mini-grid acceleration scheme (MAS). “MAS is a nationwide, non site-specific, open competitive tender designed to select mini-grid companies,” stated the government agency. “The winners of the tender will be supported in deploying their proposed mini-grid projects with an in-kind partial capital grant – in the form of … distribution and metering equipment – and technical assistance.”

The scheme is supported with EU funds plus backing from the German government via its Nigerian Energy Support Program, which is implemented by development agency the GIZ.

The REA did not state how many mini-grids will be developed by the winning bidders but the call for the tender concerned construction of “isolated mini-grids up to 1 MW” in generation capacity.

Once built, the mini-grids supported by the program will be operated on a commercial, public-private partnership basis. By the end of next year some of Nigeria’s remote rural and under-served communities will have access to reliable, green electricity at an affordable tariff that would have been economically unviable without the intervention, said the REA.

No Need To Withhold Nurses’ Salaries After Suspension Of Strike – NLC

The Executive Secretary for the National Labor Commission, Ofosu Asamoah, has said the strike organised by the Ghana Registered Nurses