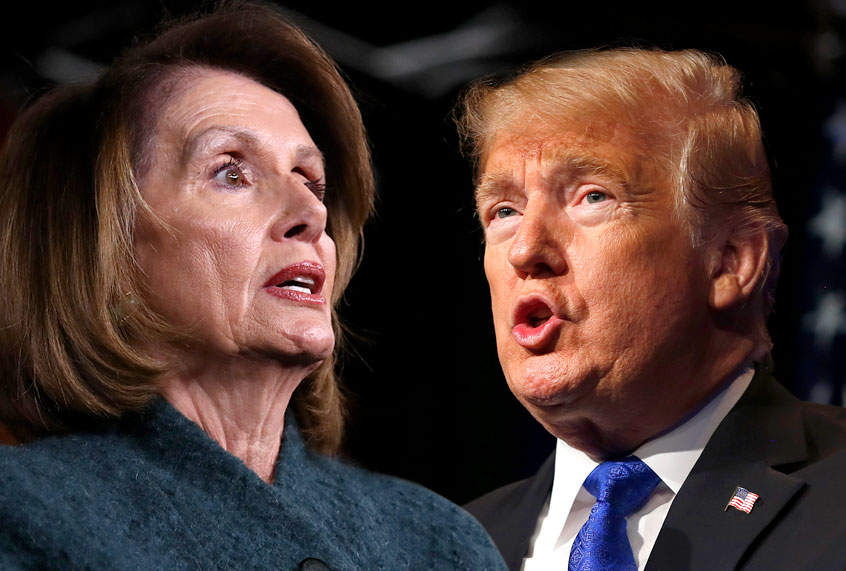 President Trump, under mounting pressure as House Democrats pursue an impeachment inquiry against him, suggested that House Speaker Nancy Pelosi, D-Calif., could be guilty of treason and thus should be impeached “immediately.”

Trump has attacked Schiff in recent days over his characterization of a call the president held with Ukrainian President Volodymyr Zelensky. The president has claimed, without evidence, that Schiff helped draft a whistleblower complaint to the intelligence community at the center of the inquiry.

However, members of Congress cannot be impeached. The U.S. Constitution states that lawmakers “may determine the rules of its proceedings, punish its members for disorderly behavior, and, with the concurrence of two-thirds, expel a member.” Lawmakers can also be censured.

During the July 25 call, Trump pressed Zelensky to investigate unsubstantiated allegations about former Vice President Joe Biden and his son, Hunter Biden, according to a summary of the call released by the White House.

The whistleblower alleged that Trump was “using the power of his office to solicit interference from a foreign country in the 2020 U.S. election.”

The whistleblower further claimed that White House officials were so concerned about what the president said during the mid-July call that they intervened to “lock down all records of the phone call, especially the word-for-word transcript of the call.”

Trump has admitted that he asked Ukraine to investigate the Biden family, although he has claimed that his call with Zelensky was “perfect.” There has been no evidence of wrongdoing on the part of either Joe or Hunter Biden.

Schiff, who was tapped by Pelosi to lead the impeachment investigation, said during a hearing last month that the whistleblower’s complaint read like a “classic organized crime shakedown.”

Trump has repeatedly attacked Schiff over his description of the call. Schiff has defended his comments amid backlash from the president and Republicans in Congress, stating that it was “meant to be at least part in parody.”

A spokesperson for the House Intelligence Committee acknowledged last week that the whistleblower contacted the panel for guidance before submitting his complaint but noted that lawmakers on the committee did not receive or review the complaint in advance.

“Like other whistle-blowers have done before and since under Republican and Democratic-controlled committees, the whistle-blower contacted the committee for guidance on how to report possible wrongdoing within the jurisdiction of the intelligence community,” Patrick Boland, a spokesman for Schiff, told the New York Times.

Trump referred to Schiff’s characterization of his call with Zelensky and the whistleblower’s approach to the House Intelligence Committee in his Sunday tweet targeting Pelosi.

“This makes Nervous Nancy every bit as guilty as Liddle’ Adam Schiff for High Crimes and Misdemeanors, and even Treason,” the president wrote. “I guess that means that they, along with all of those that evilly ‘Colluded’ with them, must all be immediately Impeached!”

Trump’s attacks late Sunday came shortly after multiple news outlets reported that a second whistleblower had come forward with information about Trump’s call with Zelensky. The whistleblower is said to have firsthand knowledge of some of the allegations detailed in the original complaint.

White House press secretary Stephanie Grisham defended Trump amid the reports, claiming that “it doesn’t matter how many people decide to call themselves whistleblowers about the same telephone call.” She added that the news “doesn’t change the fact that [the president] has done nothing wrong.” 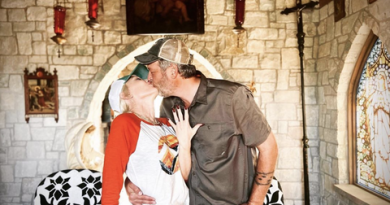 An accomplice of pastor Daniel Obinim, founder of the International God’s Way Church (IGWC), in an alleged forgery case, has