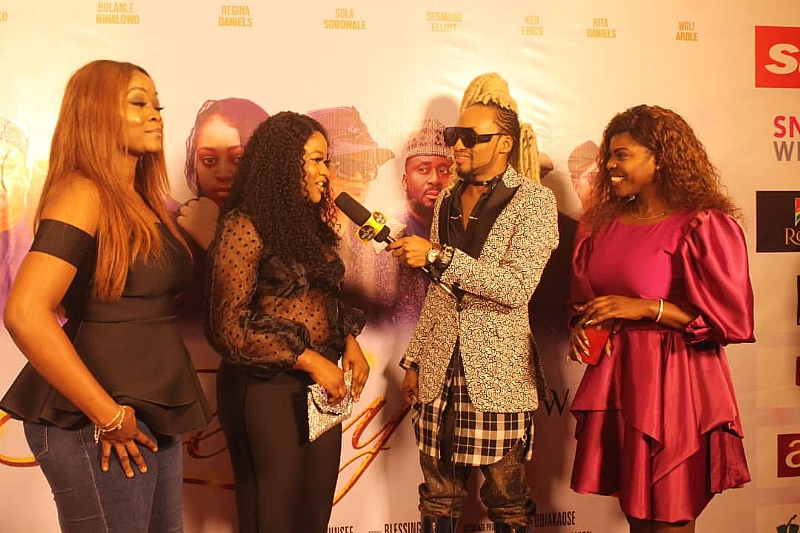 The much anticipated multimillion supernova movie, “The Enemy I Know” has been premiered in Abuja and will be released to cinemas worldwide on October 11th 2019. Produced by Nollywood godmother, Rita Daniels, mum to Nigeria top rated movie Diva, Regina Daniels and directed by Ozoemana Nwakile. The movie relays the life, times and death of billionare Anthony Adewale, whose riches birthed conspiracy, distrust, envy and pride within a bloodline.

According to Mrs. Rita Daniels, the Producer of “The Enemy I Know”, She told our correspondents that the huge budget movie was shot at different locations in Abuja, Africa’s fastest developing city and Lagos, biggest commercial city of the country. While some scene were shot airborne, describing the movie as the best of its kind in the Nigeria movie industry.

She did also spotlight the core societal message which the movie was produced to convey, stressing that “The Enemy I Know” is such that it relates the everyday experience of victims faced with similar challenges as Billionare Anthony Adewale. However, the movie featured one of finest and best Nollywood Actors and Actresses across the world.

Agricultural Researcher and Vice-Chair of the Coconut Federation of Ghana, Kwaku Boateng, has expressed optimism over recent developments in the