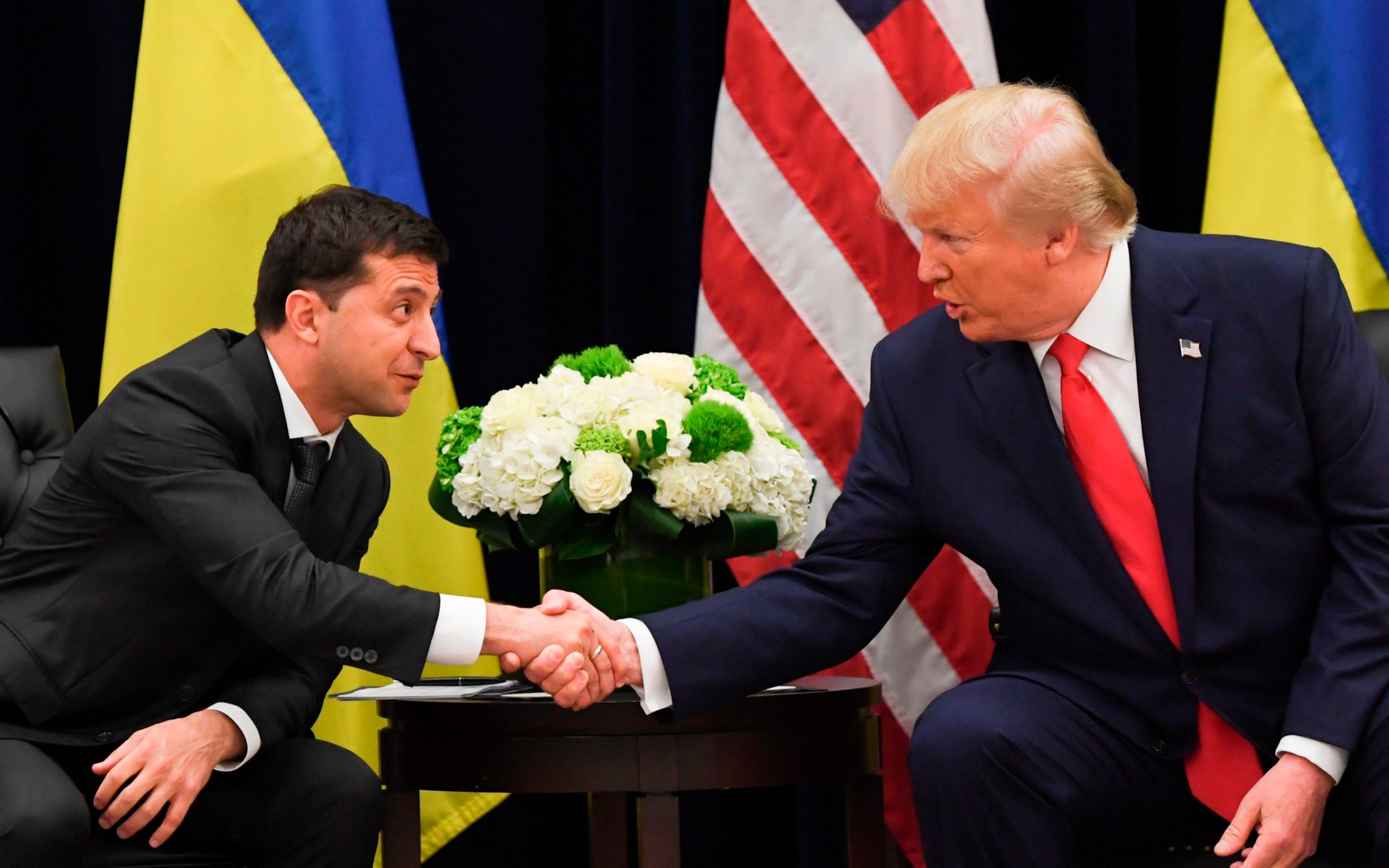 US President Donald Trump was under renewed pressure over his dealings with Ukraine on Sunday after it emerged that another whistleblower had come forward, this time with firsthand knowledge of the allegations.

News of the second whistleblower broke amid signs of increasing anxiety among Republican senators, as the Democrats in the House of Representatives pressed ahead with impeachment proceedings.

The existence of the second whistleblower was announced by the legal team representing the original complainant who accused Mr Trump of pressuring Ukraine’s president to investigate his Democratic rival Joe Biden.

“I can confirm that my firm and my team represent multiple whistleblowers in connection to the underlying August 12, 2019, disclosure to the Intelligence Community Inspector General,” Andrew Bakaj, managing partner of Compass Rose Legal Group, wrote on Twitter.

Mark Zaid, another member of the original whistleblower’s legal team, said the second individual had spoken to the inspector general of the intelligence community but had not filed a formal complaint.

It is the latest chapter in a scandal which erupted last month when a CIA whistleblower came forward raising concern about a call between Mr Trump and the newly elected Ukrainian leader Volodymyr Zelenskiy.

In that call, a record of which has been released by the White House, the US president asked Mr Zelenskiy to investigate Mr Biden, a favourite for the Democratic presidential nomination, and his son Hunter, who sat on the board of a Ukrainian energy company.

Mr Trump has claimed that Hunter Biden profited in his business dealings in both Ukraine and China from his father’s position, although there has been no evidence of any wrongdoing.

It has been alleged that Mr Trump leveraged $400 million in military aid in an attempt to secure Mr Zelenskiy’s cooperation.

Mr Trump’s supporters had sought to undermine the original whistleblower by dismissing his complaints as hearsay.

Last week the New York Times reported an intelligence official with more direct knowledge of the president’s dealings with Ukraine was poised to come forward. However it is unclear whether the new whistleblower is the same person.

Mr Trump has been dismissive of the allegations, venting his anger on Twitter.

….And by the way, I would LOVE running against 1% Joe Biden – I just don’t think it’s going to happen. Sleepy Joe won’t get to the starting gate, & based on all of the money he & his family probably “extorted,” Joe should hang it up. I wouldn’t want him dealing with China & U!

Mr Trump has maintained the latest series of allegations swirling around Washington are little more than a political stunt by Democrats, notably Adam Schiff, the chairman of the House Intelligence Committee who has played a central role in the impeachment push.

With the Republicans controlling the Senate, the US president currently appears safe from being forced out of office, given that a two-thirds super-majority is needed for impeachment.

But several leading Republicans have been critical of Mr Trump’s dealings with Ukraine, in particular Mitt Romney, who was the party’s presidential candidate in 2012.

He described Mr Trump’s attempt to enlist Ukraine – and China – in a campaign to discredit Mr Biden as “brazen and unprecedented”.

Mr Romney tweeted: “When the only American citizen President Trump singles out for China’s investigation is his political opponent in the midst of the Democratic nomination process, it strains credulity to suggest that it is anything other than politically motivated.”

The Utah senator’s intervention served only to reignite the long-running feud between the two men, with Mr Trump saying on Twitter that the Democrats were lucky they did not have “any Mitt Romney types.”

On Saturday, Susan Collins, Maine’s Republican senator, said Mr Trump had made a “big mistake” in asking China to get involved in investigating Mr Biden.

“Hold up: Americans don’t look to Chinese commies for the truth. If the Biden kid broke laws by selling his name to Beijing, that’s a matter for American courts, not communist tyrants running torture camps,” he said.

Joe Walsh, a former Republican congressman who is challenging Mr Trump for the party’s nomination, added his voice to those calling for the president to be impeached.

“There’s enough we know now to vote to impeach this President. He stood on the White House lawn this week and told two additional foreign governments to interfere in our election,” he said on CNN. “That alone is impeachable.”

Mr Biden, meanwhile, launched his own attack on Mr Trump in an op-ed in the Washington Post.

“Every day — every few hours, seemingly — more evidence is uncovered revealing that President Trump is abusing the power of the presidency and is wholly unfit to be president.”

COVID-19 continues to cast a shadow over South Sudan, impacting children and youth greatly. To mitigate some of the effects