The royal family is out and about to cheer on their team. Prince William, Kate Middleton, Princess Charlotte, and Prince George were photographed at the Aston Villa match on Saturday against Norwich City. Prince George even sported a Aston Villa shirt while he fist pumped and cheered for his favorite team.

Prince George has taken on after his father, who’s often seen cheering on Aston Villa, who won Saturday’s match. The team’s twitter account took notice of the royals in the stands writing, “You know how to pick your #AVFC games, Your Royal Highness.”

Prince William, who is currently president of the Football Association, spoke about his love for the sport during a 2015 interview with the BBC.

“A long time ago at school I got into football big time. I was looking around for clubs. All my friends at school were either Man United fans or Chelsea fans and I didn’t want to follow the run of the mill teams. I wanted to have a team that was more mid-table that could give me more emotional rollercoaster moments,” he explained. “Aston Villa’s always had a great history. I have got friends of mine who support Aston Villa and one of the first FA Cup games I went to was Bolton v Aston Villa back in 2000. Sadly, Villa went on to lose to Chelsea. ‘It was fantastic, I sat with all the fans with my red beanie on, and I was sat with all the Brummie fans and had a great time. It was the atmosphere, the camaraderie and I really felt that there was something I could connect with.” 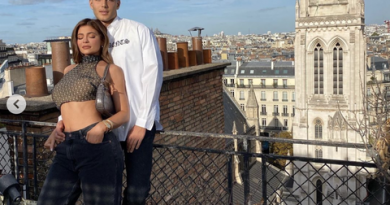 Professor Naana Jane Opoku-Agyemang, Vice Presidential Candidate of the National Democratic Congress (NDC), has been hailed as game-changer in Ghana’s