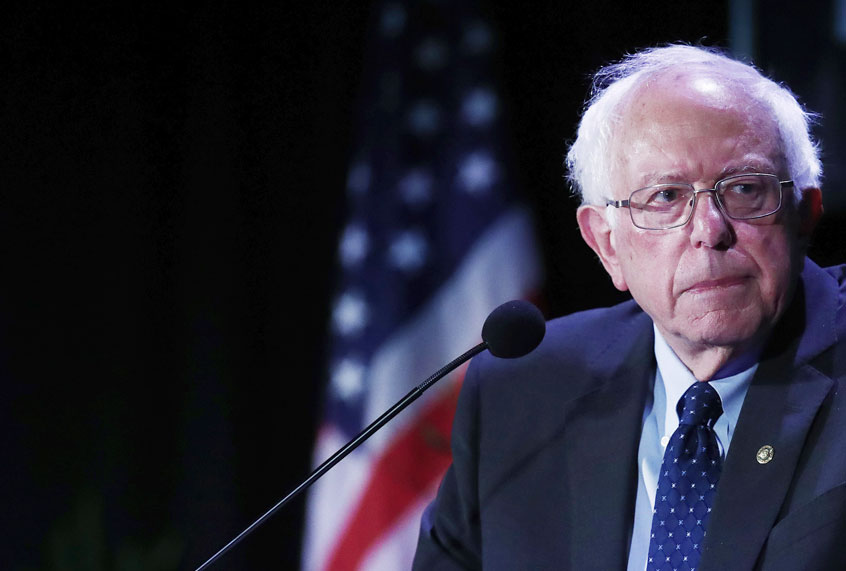 Sen. Bernie Sanders, who is currently recovering from an emergency heart procedure to treat a clogged artery, will participate in the next Democratic presidential debate, his campaign said Thursday.

Sanders remains at an unidentified hospital in Las Vegas, and his events which were scheduled across the coming days have been canceled. But his campaign said he will appear at the fourth debate of the primary race, which scheduled for Oct. 15 in Westerville, Ohio.

The senator’s campaign revealed Wednesday that he had experienced some “chest discomfort” during an event the prior evening. After a medical evaluation, the senator was found to have a blockage in one artery, and two stents were successfully inserted. He has canceled a two-day college tour this week in California. It remains unclear when he will return to the campaign trail.

Sanders’s wife, Jane O’Meara Sanders, traveled Wednesday to Las Vegas and is now with him as he recovers.

“Bernie is up and about. Yesterday, he spent much of the day talking with staff about policies, cracking jokes with the nurses and doctors and speaking with his family on the phone,” O’Meara Sanders said in a statement released by the campaign. “His doctors are pleased with his progress, and there has been no need for any additional procedures.”

“We expect Bernie will be discharged and on a plane back to Burlington before the end of the weekend,” she added. “He’ll take a few days to rest, but he’s ready to get back out there and is looking forward to the October debate.”

Sanders on Wednesday thanked his supporters for the well wishes and used the opportunity to advocate for his signature campaign proposal, “Medicare for All.”

Sanders is a top-tier candidate for the Democratic presidential nomination. At 78, he is also one of the oldest. Former Vice President Joe Biden is 76 years old, and Massachusetts Sen. Elizabeth Warren is 70 year old. President Donald Trump, who was the oldest elected president, is 73 years old.

Some political analysts and pundits have expressed concern that the senator’s age and health could be an issue for some voters. Sanders and his staff, however, have denied he is too old to be president.

Jeff Weaver, Sanders’ senior campaign adviser, told Salon last year that Sanders was “an extremely energetic and vigorous person and has more energy, I would say, than people half his age.”

“Anybody who follows Bernie Sanders for one day and sees his schedule, and how rigorous it is, and how he drives everybody around him, works them into the ground with the amount of work and energy he has, I think they would understand that his chronological age is just not really a measure of his true age,” he added.

Biden gave a rousing speech — but is he the wrong president at the wrong time?

Trump’s plot to steal the election can be defeated: Here are five things you can do to help