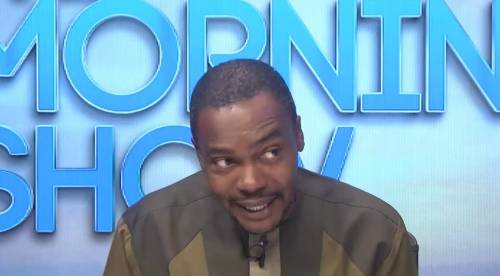 The old man was dressed in an elaborate outfit he had obviously
outgrown. It must have been a relic from the past, a reminder of the
status he once possessed. He was pleased with himself all the same and
seemed oblivious to his ill-fitting, riotously coloured regalia. This
was his birthday, 59 no less and part of his annual ritual was to
dress for the occasion. He always looks forward to the celebration
because it coincided with his country’s independence day. With
patriotic fervour, he made it a point of duty to participate in any
accessible independence day commemorations. Last year, he was too
broke to make it to the march past so he sat in front of his box TV,
dressed to the nines and listened to the Presidential speech.

He stood to attention at the end of it. This year, he was determined
to make it outside and was all anticipation in spite of his
challenges. His Mercedes 230, a museum piece as far as his neighbours
were concerned, had acted up that morning. Neither he nor his
beleaguered godson turned driver could figure out the problem. He had
children who felt nothing for him by way of commitment. After all, he
invested very little in them. And when he throws biblical scriptures
at them, they retort with the same- “you cannot reap where you did not
sow”.

The same biblical rhetoric was thrown at the situation with the
uncooperative car. “The devil is a liar” he screamed as he stormed out
of the decrepit compound, determined to celebrate his birthday at some
national event. Indeed,  he had much in common with the country he was
keen to celebrate. Denial, an abdication of personal responsibility
and a firm belief in heavenly signs and wonders and demonic sabotage.

With limited options for commute, he opted for the nearest bust stop.
Rallying his steadily declining energy, he marched on down the road to
board a bus to the celebration square. Things rapidly fell apart from
there.

Much to his chagrin, fellow passengers sniggered and stifled laughter
at his affected pomp and pageantry. He was fooling no one. The way
they saw it, you cannot prevent decline, with an even more declining
outfit. The bus conductor was the biggest culprit. No respect for age
and grey hairs when the old man appeared to have insufficient funds
for the fare. 59, railing at a boy young enough to be his grandson.
They hadn’t even allowed him the front seat. He had hoped to gain much
goodwill with his age. You see, to the old man, age was indeed a
number. His vain state of mind often had him demanding respect instead
of earning it via actions.

Frustrated with the humiliation, he blurted out the age-old maxim of
the defeated, “do you know who I am? Am I your mate? How dare you
treat me so shabbily? I am old enough to be your father!”

The entire bus went still. Then laughter broke out in unison.

The bus conductor knew the type. “ Baba park well joor! Who you be?
You no see jeep enter instead of this bus?”
Livid beyond measure, the old man opened his mouth and released a
string of incoherent gibberish about status, greatness and
disrespectful youths of today.”

For his efforts, the bus conductor retorted, “Oldman respect yourself,
make I no slap you! Mumu!”

“Slap me! That is all that you do, indolent and insolent youths of today!”

“No mind am”, another passenger re-joined, stoking the fires of
conflict. “See you with your green-white-green agbada, what do you
have to show? Entering bus and abusing everybody!”

The Oldman raging to the brim, turned to the new culprit, “In my womb
is a fertile land filled with natural resources enough to cater to
over two hundred million people. From oil and gas to gold, bitumen,
diamond and many more, just name it and I have it. I am more than what
you see!“

“This Oldman don drink ogogoro,” said more culprits as everyone on the
bus started laughing at the elderly one. This was now a sport. Another
haggard-looking passenger who couldn’t resist a jibe called out,
“crude oil ke? And you are here like this? If it is in your backyard
as you was or in your belle, why haven’t you helped us stop importing?
Mad man!”

A visibly angry Oldman responded, “How dare you blame your lack of
creativity and vision on me ? If you are given a wife, should you also
be assisted with the conjugal duties? Na me go help una give am
belle?” He didn’t realise when he switched into pidgin English.

“ Yes I have to, if that will help your reasoning.”

With his mouth spitting fire and brimstone, he fired back, “even if I
give you crude oil, you still won’t be able to convert it efficiently!
You will still blame me. How is that my fault?”

At some point in the course of his jeremiad, the bus had stopped
laughing and taunting.

“Mumu”, they all cried out in unison, even the irreverent conductor.

“And if that same man keeps blaming everyone else but himself, what
will you call him”

“Mumu”, they all cried again.

Suddenly, the bus started jerking and threatened to halt. The
erstwhile silent driver announced that the fuel tank was empty but
there was a petrol station few metres away. He barely managed to roll
the bus into the station where both the tank and some jerrycans were
filled to the brim with petrol.  “It is for my generator at home” the
driver said to the old man who had alighted to inspect the fuelling
process.
“What a shame,” the old man muttered. Over 20billion dollars expended
on power and its subsidy since 1999 and yet…”

“Baba, help us ask them,” a passenger called out, having heard the old
man’s comment.

While he was still mulling over the turn his day had taken, a loud
aggressive voice rang out, “park there or I shoot”.

A wiry policeman was advancing towards the bus.

“Who be driver? Wetin you carry?”

“What of this jerrycan? Is it not against the law? You want to burn passengers?”

The driver stayed silent. Passengers and the old man looked on.

Before the driver could respond, the old man shouted “look here, are
you not aware of the wonderful anti -corruption crusade of this
administration? This is wrong”

The policeman looked too bemused to be angry with what he considered
an ignorant interruption by an obviously senile old man. He took it
upon himself to educate. “If we don’t collect money on the road, how
do we fuel our police car or sometimes even pay for our uniform?”

In the course of the Officer’s lecture, the heavens opened, giving the
driver and his passengers the chance to scurry back into the bus and
drive off.

The old man was exhausted and worried the rains might dampen his
celebrations not to mention his already dampened spirit. When they ran
into a traffic jam, he listened to the animated conversation in the
bus rather than join in.

“How can a city of 20 million people have only one means of
transportation? Why can’t there be other transport options?”

He still did not join in but further retreated into his thoughts. He
had a nagging feeling that for all his posturing and rhetoric, he had
actually been speaking to himself. He was just as culpable. Like the
country he was keen to celebrate, he had not done much with his own
opportunities nor invested in his children. He had no diversified
streams of income, he was just as myopic as those he was accusing. But
he had to celebrate no? It was his ritual. He couldn’t afford to be
dispirited.

As the arguments inside the bus reached dizzying heights, he cried out
to the driver, “stop the vehicle , I am tired of you all, call me
whatever you like, I will celebrate. Next year I will be 60. Next
year, maybe I will do better, I don’t know. But, for now, let me
celebrate.”

Once again, he swept all his failings under the cover of superficial
lamentations and went on his not so merry way.

Comrade Peter Esele,  is the former President of PENGASSAN and Trade
Union Congress of Nigeria. 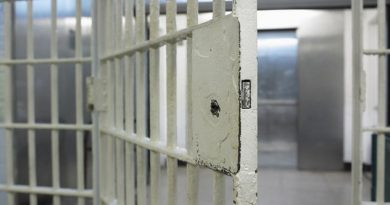 In anticipation of the easing down of the Covid-19 restrictions, the Assistant Headmaster in charge of Administration, St. Mary’s Senior