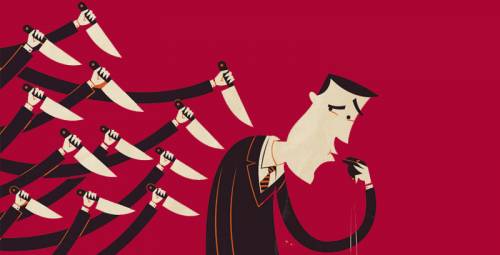 At every given opportunity, President Muhammadu Buhari not only proudly re-affirms his administration’s commitment to mount a vigorous fight against corruption, he also as best as he can often ticks off some of the initiatives laid out for that purpose and the achievements so far. Here is the reason: waging war against corruption was one in the triumvirate of key promises he made to the electorate in the run-up to the 2015 election.

In fact, nothing else could be said to have fetched him the presidency other than the general belief that he would be ruthless in tackling corruption, and also a perception of him as a steadfast symbol of integrity.

Nigeria’s 59th independence anniversary on October 1 was yet one of such familiar opportunities where Buhari once again used his speech to gloat about how the war against corruption under him has been living up to its billing. In that speech, he ran through a couple of his administration’s anti-corruption strategies and, as he had done in the past, never failed to mention the whistleblower policy which in many respects remains the flagship of his anti-corruption design.

Recounting the achievements, Buhari said those initiatives had “saved billions of naira over the last four years, and deterred the rampant theft and mismanagement of public funds that have plagued our public service.” That’s not entirely true. Although stealing may not be “rampant,” a somewhat disturbing degree of subtle stealing of public funds, combined with barefaced impunity, is still going on.

He also said, “This administration has fought corruption by investigating and prosecuting those accused of embezzlement and the misuse of public resources.” That is also not completely true. At least there are two personalities under the presidency who were accused of corrupt practices but are still enjoying the protection of Buhari, if nothing else. One is his own Chief of Staff, Abba Kyari, whose was never investigated much less prosecuted.

Then there is Dr. Marilyn Amobi, the MD/CEO of Nigerian Bulk Electricity Trading Plc. Both Kyari and Amobi cavalierly spurned repeated invitations from the popular Brekete radio to state their side of the story. Although Amobi was investigated and indicted by ICPC, and the report of the investigation submitted to Vice President, Yemi Osinbajo, in March, up till the time of writing this piece, she has not been suspended, much less prosecuted.

All of this you expect not to witness in a government with Buhari as the head, given the subconscious awe and no-nonsense aura around his reputation prior to 2015. In essence, for the war against corruption to be convincing, Buhari needs to do more than self-laudatory speeches and come down much harder on the perpetrators of corruption in both the public and private sector. And he must do this with as much evenhandedness as can be summoned.

A significant chunk of the billions of naira which he said had been saved since the inception of his administration are most likely looted funds recovered courtesy of the whistleblowing initiative which was introduced just about one and a half years after the government was inaugurated. But this highly commendable initiative is now in grave danger of extinction as nothing is being done by this government to protect those patriots, yes patriots for that is what they truly are, who continuously risk their lives to blow the whistle.

In its operations, the whistleblowing policy is only currently restricted to corrupt practices and other variants of wrongdoings in the public sector. Since it came on stream, huge sums of looted public funds in various denominations as well as property have been recovered through the efforts of whistleblowers, a majority of whom are public servants who are not even induced by the reward attached to successful recoveries.

This administration acknowledges the efficacy of the whistleblowing as a tool for fighting corruption but regrettably closes its eyes to the varying degrees of unwholesome retaliations perpetually meted out by top public officers to courageous subordinates who heed the call to report corruption and wrongdoing. These reprisals range from long-term suspension from work without pay, outright dismissal, denial of salary and other entitlements (annual leave, promotion, etc.), intimidations, threat to life sometimes extending up to family members, undue harassments, physical assault and other kinds of unimaginable inhuman treatment.

Just last week, Murtala Ibrahim, once the deputy head of internal audit at the Federal Mortgage Bank of Nigeria was fired by the bank’s management after about two years of being subjected to constant maltreatment which culminated in his transfer from the headquarters in Abuja to Jalingo, Taraba State. His boss, Teslim Anibaba, was transferred to the Kaduna office from where he resigned last year out of frustration.

Both were punished for uncovering official alterations of figures of a half-year report and for refusing to co-operate in other corrupt transactions initiated by top officials of the bank. The Nigerian government, which said it could not successfully fight graft on its own, and therefore urged citizens to join in the fight, could not save them from the ruinous excesses of the bank’s management. It is important to point out that whistleblowers who were lucky to be reinstated are still going through some form of victimisation in their offices. The envisaged whistleblower law can take care of this.

However, whistleblowers like Sambo Abdullahi of the Nigerian Bulk Electricity Trading Plc and Joseph Akeju of the Yaba College of Technology, to mention just a few, are still wallowing in the misery imposed by the way they have been treated by the heads of their places of work. The main anti-corruption agencies received their petitions, but the petitioners have yet to see any sign of reprieve from their predicament. Sambo has been denied his salary and other entitlements since December 2017, while Akeju was sacked barely two weeks to his retirement from public service. Their offence was nothing more than reporting corruption and abuse of office in their places of work. Buhari needs to investigate these cases and ensure that these whistleblowers get justice.

Continuing, he said in his independence anniversary speech, “We are determined to ensure that transparency and good governance are institutionalised in public service. We must commit to installing the culture of good governance in all we do.” It’s a commendable, lofty aspiration that is unrealisable unless a critical agency of actualisation, the whistleblowers, are given effective protection through the provisions of a progressive whistleblower law. United States, Britain and our African brothers – South Africa, Ghana and Uganda, already have one as a sign that they are committed to caging the monster of corruption.

As corruption continues to chip away at the development edifice Nigeria has been struggling to construct in the past six decades, Nigeria cannot afford to keep lagging behind.  To this end, Buhari should urgently direct conscious efforts towards seeing that a whistleblower bill is submitted to the National Assembly for passage into law and his assent of same in the next 12 months. It must be done within this time frame before activities for 2023 elections begin to gather momentum.

Unless whistleblowers enjoy protection via a firm legal backing, the seed of the whistleblowing tree planted in 2016 will die in no time. It doesn’t seem that is what this government wants. Neither does any stakeholder in transparency, accountability and good governance in Nigeria.

Godwin Onyeacholem is with the African Centre for Media and Information Literacy.

“Get Depressed Atiku His Pills, Stop Cooking Up Disgrace For Him” Onochie Advises Atiku’s Aides 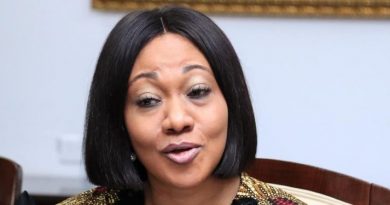