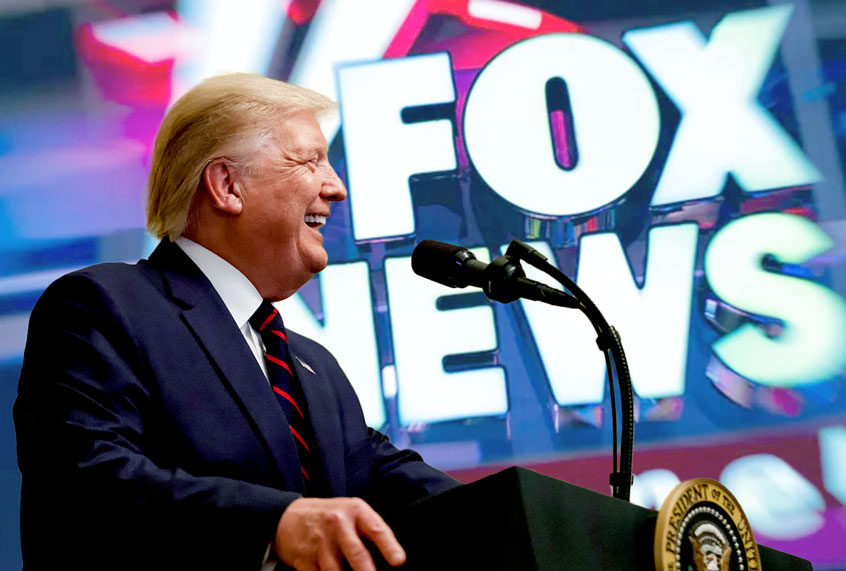 If Politico’s gossip pages are to be believed, Republican politicians are miffed with Donald Trump right now. Not because of all the crimes he has apparently committed — they’ve always been fine with that, since Trump was on that tip long before he ran for president — but because they feel the  cover-up is lacking the finesse one finds in your finer criminal conspiracies.

“GOP lawmakers and operatives are concerned at what appears to be a lack of urgency from the Trump administration in forming an organized, unified response engine to the Democratic impeachment threat,” Tuesday morning’s Politico Playbook informs us.

Instead, Republicans are quietly complaining about the lack of “a centralized war room” to coordinate their talking points, and instead leaving GOP members of Congress flailing to come up with their own defenses of Trump, or,  if one wants to dispense with the euphemisms, to make up their own lies.

“Nobody wants to look like [Kevin] McCarthy did on ‘60 Minutes’,” Politico reports, referencing the humiliating performance by the House minority leader, whose efforts to lie were so ham-fisted that he was, at one point, caught trying to deny direct quotes from Trump’s call with Ukrainian President Volodymyr Zelensky.

It’s true, of course, that Trump’s handling of this impeachment inquiry looks like amateur hour. The entire White House strategy, gently described in the Washington Post as an “ad hoc counter-impeachment effort,” seems to be centered around the president unleashing unhinged rants on Twitter while his lawyer, Rudy Giuliani, downs a couple shots and goes on TV for some more unhinged ranting.

But it’s also true that none of that much matters, at least when it comes to bringing Trump’s base of loyal Republican voters in line. That’s because, as Trump understands full well, he doesn’t need an in-house communications strategy. Instead, he has Fox News, a multi-billion-dollar propaganda apparatus with reach and resources far behind whatever piddly little team the White House could throw together.

And Fox News is just the tip of the iceberg. Trump is also relying on Christian right media, AM talk radio, and a battalion of right-wing websites that will not hesitate to lie on his behalf, often in ways targeted to the specific delusions of their specific audiences. (Breitbart, for instance, can put a race-baiting spin on it, while Christian right pastors will frame the issue as if Democrats were impeaching Jesus himself.)

According to Politico, Republican politicians are worried this won’t be enough: “[T]here is deep skepticism that the late-night Fox lineup will have any credibility with rank-and-file Republicans that are necessary to prosecute this argument against House Democrats.”

The inability to spin this is likely because Trump has been so blatant with the crime-doing, and not because there’s any lack of resources available to Republicans who wish to deceive their voters. But as much as it may feel impossible for so-called Republican leaders like McCarthy, to handle questions from real reporters working for real news organizations, the sad fact of the matter that when it comes to Trump’s strategy of bamboozling his base, Fox News is already getting the job done.

A Monmouth University Poll released Tuesday shows that only 40% of Republican voters believe that Trump mentioned Joe Biden’s name in his call to Zelensky. That number only rises to 50% among Republicans who reportedly have been paying attention to this story.

That’s an astounding level of ignorance and/or delusion, needless to say. Whether or not Trump mentioned Biden isn’t a matter of “belief” or “opinion.” It’s a demonstrable fact, evident in the recreated transcript of the call released, under great external pressure, by the White House. Denying that Trump mentioned Biden is on the level of denying that Trump told Billy Bush he likes to “grab them by the pussy.”

This is just the latest in a growing trend of polls that I like to dub “let’s see how ignorant Republicans are” polling. Traditionally, polls ask respondents about their opinions: who they intend to vote for, what they think about politicians, where they think the country is headed, that sort of thing. Increasingly, however, pollsters are running polls like pop quizzes to see whether respondents can pass a basic knowledge test regarding the relevant facts, which is a useful measure of how effective right-wing propaganda is.

And boy howdy, is it effective. A majority of Republicans believe that special counsel Robert Mueller exonerated Trump, even though Mueller’s report literally reads that it “does not exonerate him.” A majority of Republicans believe Russia didn’t do anything to interfere with the election, despite American intelligence services confirming it. Trump voters aren’t even willing to say that his inauguration turnout was lower than Barack Obama’s. When presented with photographic proof that Obama’s was bigger, a significant percentage of Trump voters refused to accept it. Nearly three-quarters of Republicans refused to admit, in 2016, that Obama was born in the United States.

A lot of this is simply ego, of course. Trump voters are unwilling to admit they are wrong and, like their beloved president, double down on the lies rather than admitting inconvenient truths. But that’s why right wing propaganda is so powerful. The good-looking people backed up with expensive graphics and studio lighting are there to make Republican voters feel socially affirmed in their lies and delusions, and to feel that it’s OK to let go of any remaining attachment to unpleasant realities, such as the fact their president is a criminal.

So it’s a little silly for Republican politicians to be griping to Politico about how Trump isn’t doing more to massage their disinformation campaign for them. If their goal is to keep the base in the fold, then it doesn’t really matter how many times McCarthy or any other Republicans face-plant on national TV. Their audience is people who can literally see a transcript of Trump talking about Biden with a foreign leader and claim that they never saw the word “Biden” in it. They’ll gobble down any lies Fox News feeds them, no matter how incoherent.

That said, despite Trump’s confidence to the contrary, he’s going to need more than the terminal Fox News heads. That’s doubly true if the goal is winning the 2020 election instead of merely intimidating Republican politicians, who are protected by gerrymandering and voter suppression, into backing him during the impeachment process. No amount of White House organizing will trick everyone else into believing that Donald Trump is anything but a flagrant criminal.

Matzo: This food has miraculously managed to sustain the bond of the Jewish people over millennia