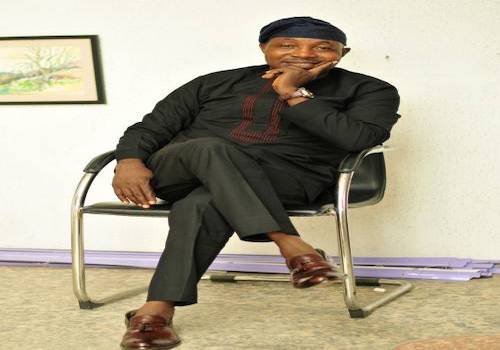 NIGERIA as a self-deceiving nation is rolling out drums and sombers today on the auspices of President Muhammadu Buhari to celebrate itself in the midst of self-afflicted catastrophic tragedy and endless woes.

The pietistic delusion of throwing spit into the air and collecting it with the face is a symbol of a caged people and a traumatised nation whose wayward political leaders have conquered.

Only yesterday, modern China celebrated her 70th birthday anniversary with greater hope to surpass the United States of America in all its superior grandstanding, if it has not already that.

Communist China has demonstrated over the years that nation-building is a product of conscious studies, researches, and/or uncompromising patriotism by leaders and citizens alike.

That is what’s missing in the “Nigerian Project”.

The All Progressives Congress (APC) and President Muhammadu Buhari can only pretend that Nigeria has something to celebrate as an adult-toddler which mocks the facts that the nation stutters at 59.

Now, Nigerians are told to celebrate the birth of the nation while Boko Haram, Fulani militias and armed bandits have virtually taken over one-twelfth of entire northern Nigeria.

Nigerians are told to keep jubilating over the fulanization pinpricks that are gradually enveloping the rest of the country while the presidency is romanticizing with the behemoths for ethnic solidarity. We’re encouraged to see none speak no evil of a blighted, shattered nation terrorized by a mindless dictator and tunnel-vision political elites who have grounded the country to the dust!

We’re yet to witness the ultimate bloodbath. Just last week, Gen. Buratai who oversees the Nigeria military told the bewildered nation that the solution to defeating Boko Haram insurgents and armed banditry in the north lies in the spirituals rather than technical and information gathering.

Mr. Buratai should have been sacked if we still have someone who answers the name, president. Even President Buhari told Nigerians in an independence broadcast this morning that there’s peace in the country when over 100,000 Nigerians of Katsina State origin alone have fled to the Niger Republic as armed bandits overran seven local government areas of the state.

As I said elsewhere, it’s a reconquest mentality of a conquered people – “suffering and smiling” – who have refused to make any efforts to extricate themselves from the shackles of mental slavery. Nigeria as
we know it has to decouple along its major ethnic groups to fulfil the purpose of homogeneity of a proper nation coloration. Anything short of that is a temporary delay of the coming anarchy.

At 59, Nigerian has witnessed the infinite capacity of human beings for elaborate suffering stretched to its elastic limit. The limit that we thought was the limit was not quite the limit. A few months ago, taking a dim view of the Nigerian state, US President Donald Trump, requested that Nigeria should be declared a war zone. Nobody can fault the premise on which the request was based.

As Nigeria roils in an epochal crisis of political, cultural, spiritual and economic values with the centre almost buckling under and the federating units engulfed in anomie and anarchy. It will take a miracle of political, social and psychological engineering to reclaim it and stem the further loss of invaluable life.

As the preceding catalogue of catastrophes suggests, that miracle will have to come sooner than later either through peaceful democratic reorganization of the nation, biological coup d’etat or consuming revolutionary anarchy leading to a radical revamp of state architecture and its personnel.

There is no point in quibbling any further. Nigeria is a failed state. Given the astonishing wastage of human and natural resources, the sharp erosion of hope and faith in the nation, the veneer of modernity and civilization superimposed on primitive savagery, Nigeria has very poor prospects for surviving in one piece.

The hope of Nigeria reinventing itself in a decade and a year ahead when the nation should have been celebrating her 70th anniversary has been dashed, ultimately. The survival of the human entity in this bastardized space is only assured if that word called Nigeria is eased off.

Nigerian newspapers: 10 things you need to know this Saturday morning