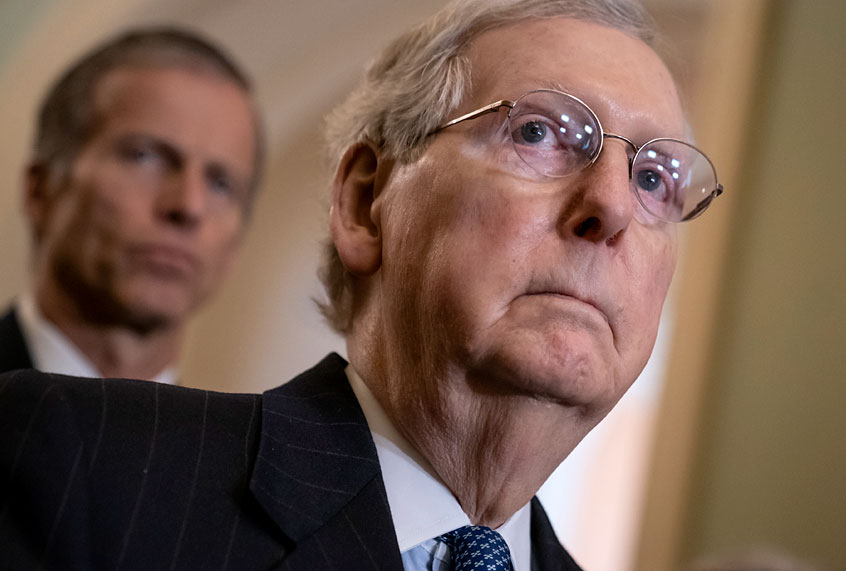 Ever since Nancy Pelosi first announced the launching of an impeachment inquiry, many of us jumped forward in time to the Senate trial that would follow an impeachment vote in the House, wondering out loud whether Mitch McConnell would block Donald Trump’s trial from ever taking place. I thought for sure McConnell would pull a Merrick Garland stunt and insist that the trial couldn’t take place within a year of the presidential election, and then perhaps hold a procedural vote to back up his would-be scam.

It turns out, however, that McConnell has no choice but to allow the trial to commence, should the House vote to impeach the president — and it looks like Nancy Pelosi has whipped enough votes to make it all but certain that Donald Trump will become only the third president in history to be impeached by the House, and the third to be tried in the Senate per the language of Article I, Section 3 of the Constitution.

During an interview with CNBC on Monday, McConnell confirmed that he wouldn’t pull any stunts to obstruct a trial in the Senate — neither the Senate rules nor the partisan split would allow for such a thing.

Changing the rules would require 67 votes, the majority leader noted, and if we assume all the Senate Democrats would support a trial if the House impeaches Trump, there are nowhere near enough votes to kill the rule.

MSNBC’s Lawrence O’Donnell, whose first-hand experience in the Senate and knowledge of its functioning is well known, suggested that McConnell is panicking about 2020. “This is a very, very big deal,” O’Donnell wrote on Twitter. “First, McConnell agrees with Schumer’s unanimous consent request for whistleblower documents and now this. McConnell is doing exactly what he should be doing if he thinks he might need a different nominee for president.”

The “different nominee,” naturally, would be Vice President Mike Pence, after having ascended to the presidency should the trial be successful or should Trump resign. Pence would be a much more compliant chief executive, less unpredictable and considerably less, um, disruptive in terms of institutional damage or incriminating tweets. The evangelical base would absolutely turn out to vote for Pence, perhaps with greater energy than for a Trump re-election. In the end, Trump has to resign and allow Pence to be sworn in. He has no choice. I’ll explain shortly.

Nevertheless, McConnell would still possess enough procedural heft to minimize the damage to the defendant — if he chooses to do so. Following his remarks on CNBC, though, it’s an open question where exactly McConnell stands on all of this. For now, he appears to be leaning toward the inevitable conclusion that Trump will be impeached in the House, with a Senate trial to commence thereafter. But if McConnell acts like the McConnell we all know and revile, he could seriously limit how the trial plays out.

Even though Chief Justice John Roberts would be the presiding judge in Trump’s trial, McConnell could call votes, requiring only 51 senators to approve, to overrule the chief justice’s decisions on, say, what evidence is admissible or not. The upshot: Senate Republicans can write and pass new trial rules according to McConnell’s whimsy.

Washington Post columnist Henry Olsen noted that Trump’s defense team, for example, could call Joe and Hunter Biden as witnesses, and the Republican majority could pass a rule allowing that, even though the Bidens would be irrelevant to the articles (i.e., charges) against Trump. Worse yet, Olsen warned, the whistleblower might have to be outed per Impeachment Rule XVII, which allows witnesses to be called and cross-examined, though it’s also possible that the Republicans would allow the whistleblower to testify behind closed doors.

While we, along with the House prosecutors — or “managers,” in impeachment lingo, should be prepared for McConnell’s grabassery and abandonment of regular order, the trial could still be devastating for Trump, even if he’s acquitted. The process itself, in fact, could push Trump to up and quit before the trial ever begins. (There’s another reason he should resign, coming up presently.) This is a man who’s taken extraordinary steps to make sure that Congress and the public never see his tax returns or financial records. There’s perhaps an entire iceberg under the surface, too, composed of dark secrets we don’t even know about at this point.

All of it could be trotted out by House managers back-to-back — a virtual highlight reel of Trump’s dirtiest crapola, along with supporting evidence and witness testimony.

Given Trump’s obsessive desire to guard his own copious ass by obstructing literally all congressional subpoenas, it wouldn’t shock me if Trump decided he’d rather quit than have his tax returns and other documents exposed like dick-pics on TMZ.

It goes without saying that there are myriad cartoon-sized anvils dangling over Trump’s head. Democrats need only begin to gnaw at the ropes in order for Trump to ejector-seat himself out of the White House before one or more of those anvils fall.

Here’s one possibility that could spell doom for Trump. What if some of McConnell’s linkage to Russian oligarch Oleg Deripaska begins to emerge as part of the House’s inquiry process? McConnell, whose re-election chances next year in Kentucky are far from settled, might throw Trump under a fleet of buses to prevent himself from being dragged into Trump’s worsening mess. As we all observed a few weeks ago, McConnell clearly despised his “Moscow Mitch” nickname enough to have course-corrected on election security. Being drawn into the trial as a witness or worse might also convince McConnell to be the Barry Goldwater in this episode of history.

While we’ve witnessed how quickly fortunes can turn these days, there’s still very little chance Trump will be convicted in the Senate despite the incontrovertible evidence against him.

And now we return to the notion of a resignation — and a resignation before there’s ever a single procedural vote, regardless of how McConnell deals with the trial. Should Trump resign, Mike Pence would be sworn in, continuing whatever remains of Trump’s sole term in office. Pence would likely also run in the 2020 race, but it’s unclear how many additional primary challengers he would attract on top of the existing trifecta of Joe Walsh, Bill Weld, and Mark Sanford.

I suspect there will be a deal in place to guarantee a pardon for Trump once he resigns, too.

Without an assurance from Pence along those lines, Trump might ask his delegates to support someone else — such as Ivanka. who, if victorious in the general election, would pardon her dad. There are numerous possibilities here, but the entire thing hinges on who is more likely to pardon Trump after he boards Marine One for the last time. Don’t forget: Should Trump lose the 2020 election, there’s zero possibility of a pardon to shield him from prosecution; only the tradition of presidents balking at investigating previous administrations.

The only legal way Trump can guarantee he won’t be prosecuted after he leaves office is to resign with a Gerald Ford-style pardon from Pence. That’s it. Someone should tell him, because I’m sure he hasn’t yet considered the Sophie’s Choice he faces. Resignation and a presidential pardon, taken together, are Trump’s only path to avoiding prison shy of pulling off another improbable election victory, which is no sure thing, whatever he may say.

Either he quits and gets pardoned, or he loses the election and goes to prison. McConnell can play games during the trial, and Trump might be acquitted. Sure. There are many ways in which that could play out. But if Trump loses next year, he could land in federal lockup before he has a chance to break ground on his presidential library and food court. 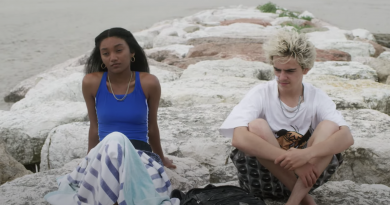