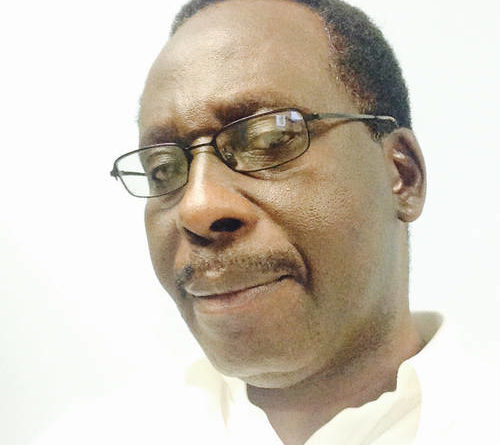 Nigeria came into being as a result of the British amalgamation of
Northern and Southern colonial territories in 1914. The amalgamation
was an act of colonial convenience for obvious reasons. The Brits
wanted one country stretching from the desert to the Atlantic Coast.
Northern Nigeria couldn’t pay its way while southern Nigeria generated
more than enough revenue for its administrative expenses.

The amalgamation laid the historical bitterness, rivalry, and enmity
between the two colonial territories. The two colonies are quite the
opposite of one another. The North is largely Muslim. It was the
center of the erstwhile Islamic Empire called the Sokoto Caliphate.
The Muslim North looks up to the Middle East and other parts of the
Muslim world for affinity, solidarity, and sociopolitical model. The
South is largely Christian and highly influenced by the sociopolitical
pattern of the West and traditional African societies. This was the
beginning of a precarious foundation of our federalism.

The foundations of true federalism are based on the concerns for the
unity and integrity of a culturally diverse nation like ours. Our
historical experience is a sharp contrast to the important foundations
of federalism. Ours is a disruptive and disintegrative sectarian
forces coupled with political rancor and instability prevailing since
independence.

The lopsided power-sharing arrangement between the federal government
and the states fuels precipitation and intensification of ethnic
conflicts. The politics of ethnicity has remarkably retarded our
national development and has remained the sole engine that drives our
modern history. The unjust monopoly of power and resources by the
central government has galvanized the federating states to advocate
for the restructuring of the federal system. The Northerners have
never favored restructuring because the status quo guarantees them a
perpetual hold on power and monopoly of resources at the center.

In all the years they have been in power at the center, the
northerners have used diverse strategies and tactics to maintain and
perpetuate the grip on power at the federal level. For 40 years they
have been responsible for the economic neglect and infrastructural
decay of Nigeria. Full of monumental incompetence, they are the
unrepentant pirates and predators of our economy. Because of their
long hold on power at the center, they, more than any other ethnic
group in Nigeria, hindered the process of national development and
integration.

For all these years, the northerners who headed the central government
are icons of corruption. National funds allocated for developments
never reached the target groups and purpose.

Agreed all the different ethnicities that have served as Nigeria’s
Heads of State or Presidents have performed woefully abysmal. However,
the northerners who have been in charge for most of the years are the
most generously deficient in democratic leadership. They lack
sacrifice, courage, initiative, imagination, wisdom, and vision. The
northerners have exhibited crass incompetence more profoundly than any
of the groups because they have no idea of what participatory
leadership, servant leadership, transformation leadership,
super-leadership, and value leadership mean.

They have consistently opposed progressive ideas that would chip away
their hold on the center. The northerners have always fought against
everything progressive and prosperous for true federalism. They oppose
devolution of power (restructure), resource control, derivation
principle, revenue sharing formula, state police, and the development
and exploitation of mineral resources nationwide. In fact, they want
the current 13 percent derivation to be further reduced.

The latest assault from the Fulani hegemonic morons is coming from
Emperor Muhammadu Buhari who has completely dismantled the bedrock of
our democracy: the rule of law. As if under a spell, Nigerians watch
helplessly without putting up any fight, the abrogation of any
semblance of rule of law by Buhari. Framed on trumped-up charges,
Omoyele Sowore, the pro-democracy activist and former presidential
candidate will be arraigned in court today. Sowore is standing trial
on 7-count charge for treason, money laundering, insulting the
president, among others. He has been detained for almost 60 days.
Emperor Buhari, a Sunni Muslim, refused to release Sowore on bail as
ruled by the court. We consider the systemic persecution and
oppression of Sowore as a declaration of war against the Yoruba race.

To Yoruba bastards, prodigals, crumb eaters, backstabbers, traitors,
alatenujes, and akindanidanis and others who hold cabinet positions in
Buhari administration are the willing allies and ready tools in the
hands of Buhari. I have a word for you: Stop selling your birthrights
for a bowl of amala. Stop playing second fiddle to Buhari. Stop
selling your own people to Buhari and Fulani terrorists. Now is the
time for all Yorubas regardless of party persuasion and religious
affiliation to come together and fight the Fulani oppressors and get
out of this doomed nation… It’s Oduduwa or nothing else!

This is it. The battle lines are drawn. Yorubas, consider this: Why
should we continue to elect these political parasites into office
whose agenda is not the Nigerian agenda? Why should we abdicate
leadership of this nation to the narrow-minded, selfish, power-hungry
feudal imperialists? What are we doing with northerners known for
their deformed vision and spineless leadership?
Yoruba Ronu!

More than 70% of jobless Americans did not receive March unemployment benefits: study