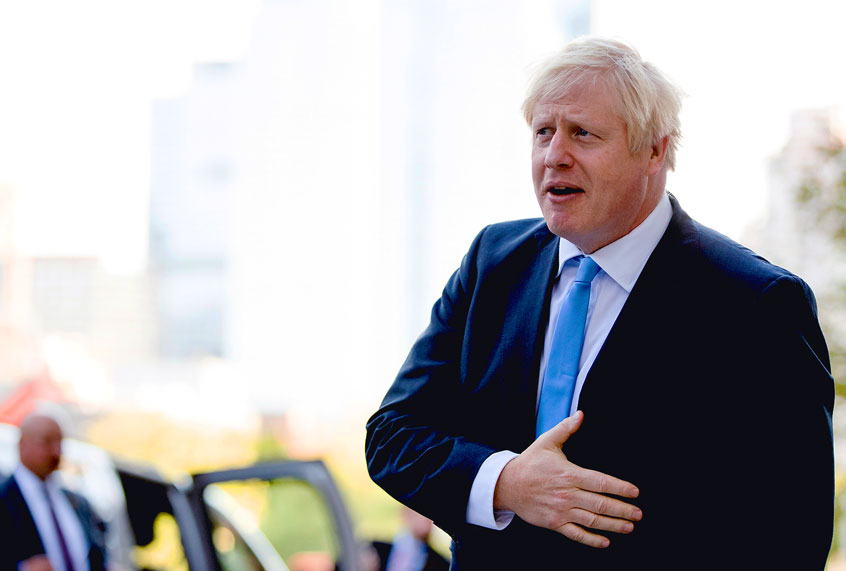 The Brexit frenzy has escalated with Conservative Prime Minister Boris Johnson’s insistence on leaving the European Union at any cost by the end of October.

His decision to suspend Parliament has been ruled unlawful by the United Kingdom’s highest court. But prior to that move, left-leaning Brexiteers also stressed the importance of getting the U.K. out of the EU.

A so-called Leftist Leave is seen as politically and ideologically reflective of an anti-establishment, anti-austerity and anti-capitalist stance. It’s typified by the Leave-Fight-Transform (LeFT) Campaign, a network of socialists, trade unionists and community activists who say their aim is to democratize politics, unite workers through internationalism and promote a socialist alternative for Britain.

The alleged transformative capacity of the LeFT Campaign resides in the rejection of the EU as an institutional body, according to its founding statement:

“The left must ensure the 2016 referendum result is implemented, so that the U.K. breaks with the treaties, institutions and laws of the EU as well as the structural racism of Fortress Europe.”

It calls on British socialists to advocate breaking with the EU as a means of breaking with neoliberalism. The campaign manifesto, however, contains problematic assumptions.

Firstly, it describes the EU as the institutional epitome of an oppressive, austerity-driven utilitarian body, spilling its neoliberal policies over to Britain. As well, it suggests that structural racism is unique to the EU and not Britain.

Here is what’s so wrong about those two assumptions.

Neoliberalism was Britain’s own choice

First, the U.K. was one of the most powerful member states within the EU, and not only in economic terms. At the time of the Brexit referendum, the U.K. had the second-highest GDP in the EU after Germany, and it had clout when it came to political and monetary matters.

The U.K. retained sovereignty via Protocol 25 of the Maastricht Treaty and was never required to adopt the Euro currency. It refused to join the Schengen area that allows free travel among member nations, and negotiated Schengen opt-outs in order to secure exclusive border control over irregular migration.

It also negotiated exemptions from the EU Charter of Fundamental Human Rights, suggesting they infringed upon national laws. And in relation to freedom, security and justice, it opted out of the Lisbon Treaty that clarified the division of powers between the EU and the member states.

In other words, the U.K. pretty much did what it wanted in the EU. That it chose to pursue a national agenda of austerity and neoliberalism has nothing to do with Europe but everything to do with Britain’s own ideological choices.

What these numbers show is that the U.K. did not adopt EU laws any more than other member states, and that the EU treaties were minimally incorporated within national legislation.

Most of the European Union laws that were implemented in Britain pertained to human rights, the ascension of new member states and EU-wide structural funding, not to matters of internal affairs like education, health or social security.

Second, the U.K. created its own fortified national bastion.

It negotiated an opt-in right under the Lisbon Treaty on migration-related matters meaning it was not, for example, obliged to participate in the EU-wide solidarity efforts of transferring people in need of international protection among the 28 member states.

The poster disseminated by the U.K. Independence Party (UKIP) in 2016 during the Brexit campaign, depicting a blown-up image of Brexit Party leader Nigel Farage next to a convoy of thousands of refugees queuing at the European Union’s borders, created the false impression that the U.K. was duty-bound by its EU membership to relocate refugees.

The opt-in clause, however, allowed the U.K. to shirk any responsibility for asylum-seekers that crossed the Mediterranean in 2015. When the European Commission adopted, in September 2015, the relocation decisions intended to transfer some of the people in need of international protection from the frontline states of Italy and Greece, the U.K. refused to share any responsibility in the matter of relocation.

It barely agreed to take in 20,000 refugees over the next five years, and solely through the resettlement scheme.

In 2016, the year of the Brexit referendum, the U.K. resettled 5,074 people, a low number compared to similar countries. During the same year, the United States resettled 78,761 people and Canada almost 22,000.

Britain itself, therefore, created its own neoliberal fortress.

And so the leftist case for Brexit does not hold.

It’s simply a matter of the EU no longer working well for Britain. History has shown the U.K. has always fostered an opportunistic relationship with Europe. It joined the EU, or what was then called the European Economic Community (EEC), in 1973, purely for economic and trade interests.

At that time, the U.K. had one of its lowest levels of GDP growth, similar to the situation in the midst of the 2008 global recession. After more than 20 years in the EU, the U.K. bounced back economically. And so it decided to leave.

While Johnson’s suspension of Parliament momentarily erased the divides among the left because it united those in favour of remaining in the EU with the proponents of a Leftist Leave, it remains to be seen if these ideological divides are strong enough to resurface in the near future.