The Miyetti Allah Cattle Breeders Association of Nigeria (MACBAN) has
adopted Governor Yahaya Bello as its candidate for the November 16
governorship election in the state, saying he gives Fulani herdsmen
freedom to operate.

The National Organising Secretary of the group, Aliyu Saleh, who made
the declaration at a news conference in Lokoja on Saturday, directed
Fulani in the state to immediately embark on “Ruga-to-Ruga” campaign
for the re-election of Bello.

Saleh said the group decided to support the governor for providing a
secure environment for Fulani to operate in the state.

“We are also supporting the governor for approving free contagious
bovine pleuropneumonia (CBPP) vaccination for over 23,000 cows
belonging to our members in the state,” he said.

The group also commended Bello for putting in place measures which had
led to a reduction in clashes between farmers and herders in the
state.

It also stated that the governor had given its members a sense of
belonging by appointing one of them into his cabinet and by making
their leaders members of the traditional councils at the state and
local government levels.

The national organizing secretary, who was flanked by the state
Chairman of MACBAN, Umaru Jaido, added that they decided to endorse
Bello because of their love for President Muhammadu Buhari and the All
Progressives Congress (APC).

The State Commissioner for Local Government and Chieftaincy Affairs,
Abubakar Ohere, who received the endorsement document on behalf of the
governor, thanked the group for adopting Bello as its candidate.

How to cope when your PMS gets out of control 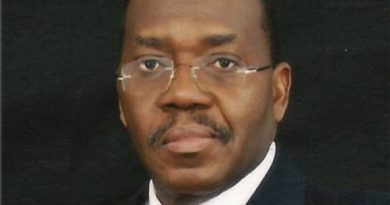 Matriarchs, Womenfolk And Nation Building In African By Godknows Igali

A Sekondi High Court presided over by Justice Richard Adjei-Frimpong has today, July 29 empanelled a seven-member jury in the