DOHA, Sept 29 (Reuters) – Nigerian pair Divine Oduduru and Blessing Okagbare have been reprieved after an apparent bureaucratic mixup and will race in the men’s and women’s 200 metres races respectively at the world athletics championships.

The pair were both entered in the 100 metres even though they had said they did not intend to take part. Under IAAF rules, they were then barred from the rest of the competition for failing to turn up for the races.

However, on Sunday the IAAF jury said it accepted their appeal and agreed to reinstate them. “Oduduru and Okabare will be added to the start lists of round one of the 200 men and women respectively” it said in a statement.

The Athletics Federation of Nigeria (AFN), which had tweeted on Friday that the pair would only race 200 metres, has been criticised over the failure to withdraw them from the 100 metres.

The country’s Minister for Youth and Sports Development, Sunday Dare, was among the critics of the situation.

“Doha – all day I have followed the developments around two of our Athletes, Divine and Blessing,” he said on Twitter. “Our officials are at the IAAF Technical Information Center as we speak. Nigerians deserve an explanation.” (Writing by Brian Homewood, editing by Pritha Sarkar) 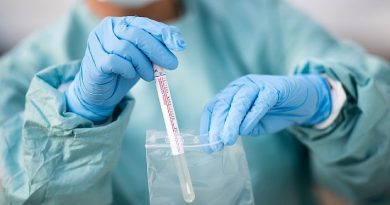 Once a married woman starts opening her legs for another man, she is indirectly saying: "God please kill my husband"🙆🙆🙆🙆🙆🙆 ... See MoreSee Less

Just imagine the caliber of useless men we have as leaders,,, how can you equipe an unrepentant enemies,, does these maluuus reason through their nose or anus

The Techiman Market Manager, Jibril Abubakar, has commended the government and Zoomlion Ghana Limited for the relentless efforts in bringing