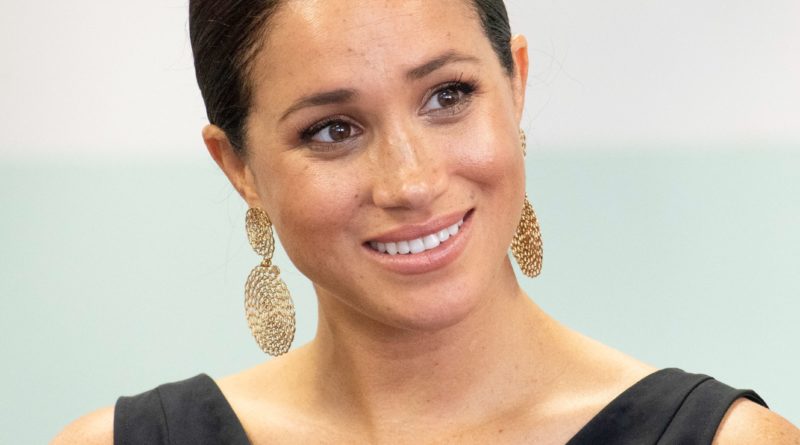 Meghan Markle secretly visited the memorial of Uyinene Mrwetyana, a 19-year-old student at the University of Cape Town who was raped and murdered in August. A photo of Meghan tying a ribbon at her memorial was shared on the Duke and Duchess’s Instagram page on Saturday. Meghan wrote “Simi kunye kulesisimo” on the ribbon, which means “We stand together in this moment” in Xhosa. She also met with Mrwetyana’s mother to offer her and Prince Harry’s condolences.

“The Duke and Duchess had been following what had happened from afar and were both eager to learn more when they arrived in South Africa. The Duchess spoke to the mother of Uyinene this week to relay their condolences,” the caption on Instagram said. “Visiting the site of this tragic death and being able to recognise Uyinene, and all women and girls effected by GBV (specifically in South Africa, but also throughout the world) was personally important to The Duchess. Uyinene’s death has mobilized people across South Africa in the fight against gender based violence, and is seen as a critical point in the future of women’s rights in South Africa. The Duchess has taken private visits and meetings over the last two days to deepen her understanding of the current situation and continue to advocate for the rights of women and girls.”

Meghan has been making an effort to highlight gender-based violence during their tour in South Africa. She spoke at an event to locals who work to teach girls about their rights as well as self-defense practices.

“My husband and I have been closely following what you’ve been experiencing here — as best we can from afar,” she said. “But now that we are with you, we are eager to learn and see first-hand the work that you’re doing, the vital work that you’re doing, and that everything that is being done on the ground is making the great change that you not only need but that you deserve.”