GENEVA/LAGOS, Sept 27 (Reuters) – Worsening violence has doubled the number of people displaced from northwest Nigeria to some 40,000 over the past four months, the United Nations said on Friday.

The UN’s refugee agency said the turmoil had created a “new humanitarian emergency” that would require a fresh inter-agency fundraising effort of $35.5 million by the end of the year.

UNHCR spokesman Babar Baloch said Boko Haram, the Islamist group that has waged a decade-long insurgency in the north of the country, was not responsible for the latest attacks.

Rather, the upsurge of violence in the past 10 months in Sokoto, Zamfara and Katsina states in Nigeria was the work of organised armed groups.

“It paints a horrible picture of lawlessness and insecurity,” he told journalists on Friday.

He said there were frequent reports of kidnapping, torture, extortion, murder and sexual violence by attackers who also destroy homes and steal property.

Military and police have been deployed to tackle criminal gangs in the region.

But the military is stretched from fights against Boko Haram and Islamic State’s West Africa branch, which split from the former group in 2016.

“The refugees are not coming with names of groups,” he said. “What they are coming with are horrific accounts.”

Those fleeing are mostly crossing into neighbouring Niger. In a statement, the UNHCR said it expected more to flee to Niger in the coming months as the security situation, particularly in Sokoto state, deteriorates. (Reporting By Stephanie Nebehay in Geneva and Libby George in Lagos; Editing by Alex Richardson) 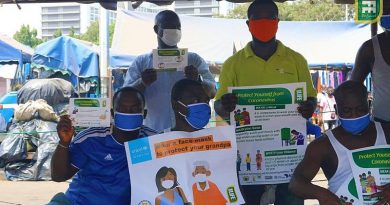 Pension issues should be handled by Labour Ministry, not Finance – CLOGSAG