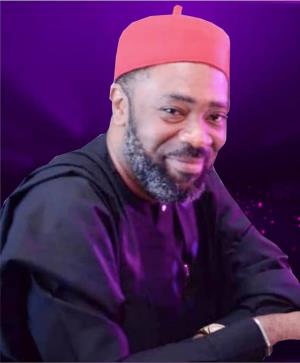 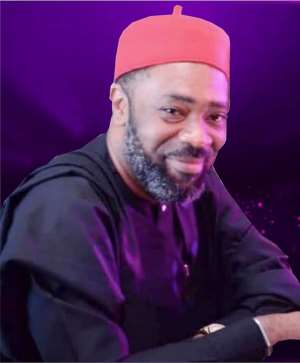 Imo State Born Businessman, High Chief Michael Onuoha has congratulated His Excellency Rt. Hon Emeka Ihedioha on his victory at the Election Petition Tribunal, he described the Tribunal Judgement that affirmed the election of Governor Emeka Ihedioha as victory for Imolites.

Chief Onuoha who congratulated the Governor in a statement, said that the victory will motivate the Governor to do more.

Hailing the development, Chief Onuoha said “With this victory, the rebuild imo agenda comes to fore; To rebuild therefore is to start all over again…which explains the foundation of the ‘Rebuild Imo’ mantra of Governor Ihedioha, anchored on Good Governance; Job and wealth creation; Human capital development; and Integrated infrastructure development.

The above scenario explains why it is critically important to carry all Imo people along to create amity which inevitably will guarantee a ready to act attitude of the people.”

The judgment of the tribunal has again put a judicial seal on the mandate freely given to the Governor by Imolites in the March 19th Governorship Election, the judgment is a clear pointer to the fact that all processes and procedures for genuine election were followed During the election.

The Judiciary has again proved itself strong in the protection of Democracy and the rule of law in Nigeria.

I have never entertained any iota of doubt about today’s outcome because it was clear that Imolites voted overwhelming to elect the Governor.

Governor Emeka Ihedioha is a man of the people and a peace-loving statesman, the decision of the tribunal will definitely go a long way to solidify the faith of the masses in the courts.

He urged the Governor to take the affirmation of his election “as a reminder of the confidence of Imolites in his capacity to Rebuild Imo State towards it’s manifest destiny of greatness.”

He is a fake pastor and political prostitute hence,no way for him 4+4 Togba

He is the next governor

EPM should tell us the crime of this man. ... See MoreSee Less

Why are Nigerian pastors so quite? ... See MoreSee Less

Don't worry, let join our faith with the faith of Jesus the healing balm of Gelaed, coronavirus will not strive in Nigeria in Jesus name.

Because the virus is against gathering. How will they make their money 😝😝😝😝😝

Mr poster is it Nigeria pastors that brought the virus?

Baba Adeboye in early 2019 predicted the outbreak of disease deadlier than Ebola. This Corona Virus is likely to be the deadly disease

Ask the corona virus Nigeria pastor Who recently prophesy that he Will go to china and stop the virus. Let him now start it ahome.. Charity begins at home.

Because the virus is not a stage one they do in their churches.

Can we please leave pastors out of this, this is a real issue, is no joke, what business do pastors have with this virus ?????,

Ask all those fake pastor's

They are all fake

Odeh in bini means mumu,and you are behaving like ur name

What should dey do oga?...the post mumu shall no vex

You are Ignorant I think all this Politics rubbish you always think of is affecting your brain...if you don't have any thing to post why not keep quiet? Face your Politics and leave Pastor's alone misplaced priority

George adima with your uniform I know you are a theif.

Please this coronavirus is not something to be joke With. Must you mock God in every thing???

Because God have not spoken yet, mine you is a scam

The next 2 months will be fire ... See MoreSee Less

Pete Davidson has a puzzling yet undeniable charisma, but is he ready to be a movie star?

Ehigie Ikeakhe: Age is no barrier when you’ re diligent, hardworking – Vanguard

Trump goes full racist, of course, to cover up coronavirus lies and incompetence