LAGOS, Sept 27 (Reuters) – A British judge has given the Nigerian government permission to seek to overturn a ruling that would enable Process and Industrial Developments Ltd (P&ID) to try to seize some $9 billion in assets over a failed deal.

The British Virgin Islands-based firm, which was set up solely for a project to build a gas processing plant, initiated arbitration against Nigeria in 2012 after the deal collapsed.

P&ID spent $40 million on design and feasibility but didn’t construct the plant as the government failed to supply the gas it was meant to process. In 2017, the arbitration tribunal awarded P&ID $6.6 billion, plus interest, based on what it could have earned over two decades.

The award is accruing $1.2 million in interest per day, backdated to 2013, and is now worth more than $9 billion – some 20% of Nigeria’s foreign reserves.

The issue has enraged Nigeria, with President Muhammadu Buhari calling it a “scam” in a speech at the United Nations. Cabinet members are demanding patriotic Nigerians band against the award, while a dozen high-level officials were in London for a court hearing on Thursday.

WHAT DOES THE RULING MEAN?

In August, a ruling in London converted the arbitration award to a court judgement – allowing P&ID to try to seize assets in order to collect it.

A British judge on Thursday gave Nigeria permission to seek to set aside that decision, with a date for an appeal hearing yet to be decided.

Legal experts told Reuters that in order to succeed, Nigeria’s lawyers will have to prove there was an error in the ruling.

The lawyers on Thursday focused on whether the arbitration tribunal was allowed to determine that England was the appropriate seat of the arbitration; the Nigerians argue that only a court could make such a determination.

They also argue that the award itself was “patently and hugely excessive.”

The judge said he did not support one of Nigeria’s arguments, which said the award itself should not be enforced because a federal court in Lagos set it aside.

WOULD SETTING ASIDE MAKE THE LIABILITY GO AWAY?

Not exactly. While a successful set aside would make the award unenforceable in the UK, P&ID is also asking federal courts in Washington, D.C., to convert the award to a judgement in U.S. courts. That case, an entirely separate process, is pending.

The arbitration award itself also allows P&ID to seek to seize assets in any of the other 160 countries that are part of the New York Convention – a global pact for the recognition and enforcement of arbitration awards.

Legal experts said there is a long history of successful asset seizures using the New York Convention. But other jurisdictions considering seizure requests could take UK court rulings into account, which means that if Nigeria succeeds in its set aside, seizure elsewhere becomes harder.

CAN THE AWARD ITSELF BE OVERTURNED?

Possibly. Global law firm Norton Rose Fulbright noted that arbitration awards can be overturned based on “public policy arguments” that hinge on allegations of fraud or corruption.

Nigeria’s anti-graft unit, the EFCC, is conducting an investigation into P&ID, and has charged a former petroleum ministry lawyer with taking bribes related to the contract. The former official has pleaded not guilty. It also alleged that a now-deceased petroleum minister broke the law by signing the contract without proper approvals and protocol.

Last week two Nigerians, who the EFCC said worked for P&ID, pleaded guilty on its behalf to charges of fraud and tax evasion.

Nigeria’s attorney general Abubakar Malami said that gave Nigeria “a judicial proof of fraud and corruption” and “cogent ground for setting aside the liability.”

P&ID said neither man was a current employee or representative of the company, and that there was “no evidence produced, no defence allowed, no charges laid, no due process followed.”

A successful fraud argument is not an easy path.

Simon Sloane of law firm Fieldfisher said the Nigerian government would need to prove that the contract was not merely tainted by fraud, but that it was “on its face” unlawful or fraudulent. Sloane called this an “extremely high hurdle.”

Thus far, the Nigerians have not presented evidence against P&ID in an international forum.

“The Nigerian government knows there was no fraud and the allegations are merely political theater designed to deflect attention from its own shortcomings,” it said in a statement.

ARE THERE OTHER OPTIONS?

Nigeria could settle with P&ID – a common route and one that would likely cost the country substantially less than $9 billion.

In 2015, at the end of the term of President Goodluck Jonathan, P&ID proposed a settlement of $850 million. The Buhari administration did not take the offer.

Both parties have said they are open to negotiations, but the government said P&ID had not directly approached it to initiate talks.

WHAT IS AT STAKE?

For now, Nigeria’s assets are safe; the judge on Thursday ordered a stay of execution on seizures as long as Nigeria puts $200 million into a court account with 60 days and pays certain of P&ID’s legal fees within 14 days. If they fail to do so, P&ID could try to seize assets.

Harry Mantovu QC, who represented Nigeria, said that “even if P&ID seized assets for a short time, it could be serious.”

P&ID could target real estate, bank accounts or any kind of moveable wealth, but it would have to prove that the property is unrelated to Nigeria’s operations as a sovereign state.

State assets that have any diplomatic function – such as a commercial property that is also used to issue visas – cannot be seized.

Mantovu noted that the award represents 2.5% of Nigeria’s gross domestic product and half of its earnings from crude oil last year.

“It is not going to take an Einstein to conclude that this would have a massive impact on the economy of Nigeria and the monetary policy of Nigeria,” he said in court. (Additional reporting by Karin Strohecker in London; Editing by Kirsten Donovan)

ABBA KYARI: I have not lost my humanity, Fani-Kayode hits back at critics 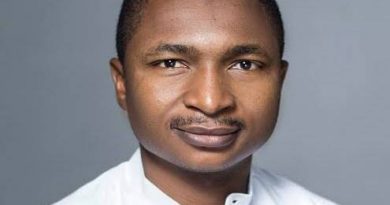