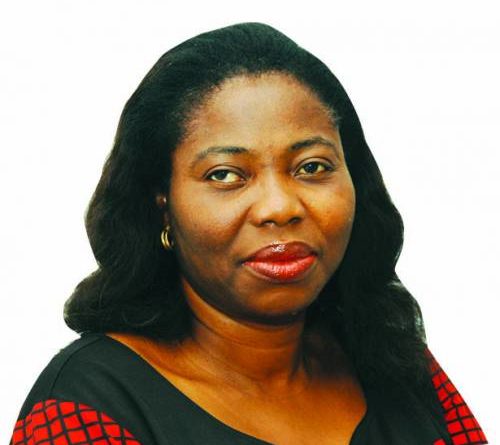 Kaduna State Governor, Nasir el-Rufai, dominated the media space on Monday as he enrolled his six-year-old son, Abubakar, in the state’s 62-year-old Capital School, Malali. Capital School is one of the legacies of the late Premier, Sir Ahmadu Bello. The governor was the first to break the news on the state government’s Twitterhandle @GovKaduna before one of his aides, Samuel Aruwan, confirmed the report.

El-Rufai, had in a state broadcast in December 2017, promised to enrol his child in a public school when he turned six. He had expressed his determination to fix public education and raise their standards so that private education would become only a luxury. El-Rufai’s action is bound to generate some media buzz especially in a country where children of wealthy politicians attend elitist schools, so the media could be pardoned for the generous space given to the story.

However, looking at el-Rufai’s little kid, who is being robbed of the opportunity of starting his formal education in a standard school where learning could be an experience and not a task, one is moved to pity the innocent child. It is unfortunate that the boy has become a victim of a political exigency that he had no idea of its genesis.

Don’t get me wrong. This is not in any way insinuating that those kids in Kaduna’s Capital School are lesser human beings than the governor’s son. My point is that there is also nothing wrong in a child having a good start in a standard school especially when his parents can afford it. Even billionaire couple, Bill and Melinda Gates, recently traced their success in life to being born in a wealthy country to white, well-off parents that sent them to excellent schools. Let’s face it, how many people would sincerely love to send their kids to Nigeria’s public schools if they have a choice?

We know that public schools in sane climes are as good, if not better than some of their private contemporaries. In Finland, for example, private schools get the same funds as public schools, and are required to provide the same services. Hence, standard is the same. It is, however, a different scenario in Nigeria as most public schools in the country are in ruins as a result of years of government neglect.

What is more tragic about the fanfare that accompanied Abubakar’s enrolment in a public school is the false impression being created. It is being wrongly assumed that a governor’s son attending a public school is equivalent to the governor’s commitment to lifting public schools or a proof that the public school system is working. That is why I think the governor should be reminded that Nigerians are not against him giving his child the best education money could buy, all they are simply interested in is for the children of the ordinary Nigerians to have access to quality basic education, too.

As it is, the governor has failed to even impress the critical elements in the society especially those that knew that a huge sum of N195m went into renovating Capital School ahead of Abubakar’s enrolment. Nigerians are not fooled. Perhaps, it would have made greater sense if the governor had enrolled his son in one of Kaduna schools where children still sit on the floor or learn under trees. That could probably have won him some admirers. It could also have reinforced the message that he is truly identifying with his people in their plight. Spending N195m to renovate a school when thousands of others are in need, and sending one’s child to that same renovated school, to me, is a poor publicity stunt.

In case the governor does not know, it is not a sin for a father to send his child to a good school. An obvious aberration is when someone entrusted with the job of providing good schools for the citizens, fails to do so, and then sends his own children to better schools that majority of the citizenry cannot afford. It is also wrong for children to suffer the consequence of bad governance when their counterparts elsewhere are enjoying the benefits of good governance. It doesn’t matter if the victim is a governor’s son or the child of a peasant. In other words, a governor would still have been held responsible even if his own child gets substandard education in a public school because every child has a right to quality education.

Now that el-Rufai has enrolled his son in a public school, the least expected of him is to see to how the 4,264 public pre-primary and primary schools, 429 junior secondary schools, and 341 secondary schools in Kaduna State would be up to the standard of Capital School that his son now attends.

As of 2017, only 4,624 public primary schools’ classrooms out of the total 21,133 in  Kaduna State were in good condition going by the report of the 2016/2017 Annual School Census of the state schools. Likewise, only 983 classrooms out of the 3,097 in the state public senior secondary schools are in good condition, 937 need minor repairs while 1,051 are in bad shape. The schools lack facilities. All the primary schools in the 23 local government areas in Kaduna State, for example, have just 403 computers and it is almost certain that these computers are used in the offices and not in classrooms.

It is hard to imagine that all the public primary schools in Birnin Gwari Local Government Area of the state could boast of just 10 computers. The Giwa LG schools have just nine. Jaba and Jemaya LGs have four each. Kauru local government schools don’t even have any computer at all while all the public primary schools in Kudan and Lere local governments make use of just two computers.

In Kaduna State, one teacher still attends to 116 students in the 21st century. There is also the problem of overcrowded classrooms. In Igabi Local Government Area of the state, for example, there are 30,251 students to 214 classrooms, making a class to have an average of 141 pupils, according to the report on the state of schools in the state. In the same vein, about 3,145 public primary schools in Kaduna State do not have access to water and 4,060 of them have no source of power. These are just a few of the gloomy statistics in the state’s education sector and areas craving for genuine urgent attention.

So, if el-Rufai truly means well, he should embark on a holistic reform in the state public schools instead of the current drama and political stunts built around registering a child in a public school. Today, people talk about Finland and the quality of education in that county. But, it didn’t happen by accident. The country took a decision to reform its system. Can anyone ever imagine that there was a time that Finland’s education system was characterised by a few high-performing and many low-performing schools? The country took a decision to address its problems and the results are there for all to see.

In fairness to el-Rufai, the Kaduna State Government has commissioned a needs assessment study on its public primary and secondary schools. But that is just the starting point. Besides, people in the state are yet to feel the import of that assignment two years after. The governor should go into action. Nigerians would be happy to see pictures of pupils in Kaduna learning in classrooms and not under trees. They would want to see pupils sit on chairs and not on floors. They would also like to see well-furnished and better equipped schools manned by qualified teachers. Such pictures would be better appreciated than that of a governor carrying his child on his laps on a first day in a public school. It is only when the governor provides the conducive environment required for learning in all the public schools in the state that he could truly be commended for doing a fantastic job.

Olabisi Deji-Folutile, a member of the Nigerian Guild of Editors, wrote in via [email protected] 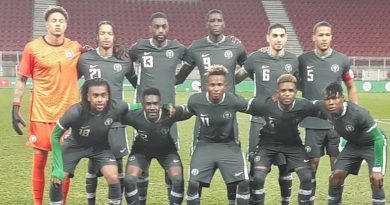 Nigeria Vs Tunisia: Time of friendly game and where to watch – Pulse Nigeria

COA FS Bounces Back To The Market With COA Mixture