Amazon has announced that its virtual assistant Alexa will soon be able to mimic the voice of the actor Samuel L Jackson among other celebrities.

The company has also refreshed its range of Echo speakers, adding a larger high-end version with Dolby Atmos for “3D sound”.

However, that position is being challenged by Chinese companies including Baidu, while Google is also expected to unveil new gear of its own next month.

The company has also extended its Echo range into a selection of wearable tech for both humans and pets for the first time.

The new devices include:

In addition, the firm said its smart assistant would be built into General Motors’ vehicles from next year, and that some existing models could be upgraded to include the feature.

“This avalanche of new products underlines Amazon’s desire to extend Alexa’s reach to every part of people’s lives – be that in the home, or on the move via new Echo Buds or in the car through the deal with General Motors,” commented Geoff Blaber, an analyst at CCS Insight.

“Not only will it will strengthen Amazon’s reach with existing customers that use Alexa-powered products, it will also provide the opportunity to woo more consumers to embrace its increasingly ubiquitous voice assistant.”

Amazon said it would use a “neural text-to-speech” engine to mimic celebrities’ voices on Alexa-powered devices. It will use recordings the stars provide as the basis for other computer-generated utterances.

In the case of Avengers actor Samuel L Jackson, consumers will be given the choice of whether they want a version that swears or not.

The firm said other famous stars – who will be paid for their services – will follow.

Amazon recently announced it was upgrading its music streaming service to a “high definition” format to help its fortunes.

Its new Studio speaker should provide users with a means to appreciate the extra detail it offers. Like Sonos’ kit, it fine tunes its sound to suit the acoustics of the room it is placed in.

And two of the $200 (£190 in the UK) speakers can be paired and connected to a Fire TV stick or television to create a home theatre experience.

“Amazon has never really had a smart speaker which was marketed specifically for its audio quality, in the manner of an Apple HomePod or a Google Home Max,” commented Ben Stanton from the tech consultancy Canalys.

“Typically, third-parties like Harman and Sonos would be the ones to differentiate in this space on Amazon’s behalf.

“If it [lives up to its promise], it will cannibalise these third-party products, and leave little room left for third-party smart speaker vendors to innovate.”

Amazon’s devices chief Dave Limp addressed users’ privacy concerns early on during the launch event at the firm’s Seattle headquarters, even showing a tweet it had received complaining about one of its speakers activating without the trigger word “Alexa” being uttered.

“We care about this,” he said.

“Privacy is absolutely foundational to everything we do in and around Alexa.”

He highlighted the fact that users can now command a device to delete everything they have said that day. In addition, the firm recently added an option to its Alexa app to let users opt out of having their voices transcribed by humans to improve the service’s accuracy.

However, some of its rivals – including Apple and Google – have gone further by requiring their users to opt in to similar programmes.

“Privacy is a huge issue for all technology manufacturers and recent revelations show that Amazon is vulnerable,” commented Adam Simon from the market intelligence firm Context.

“All our research shows that it is a major concern to consumers.

“Yet, ironically, it is not the most important barrier preventing people buying smart home products. Privacy is far outweighed by lack of understanding, lack of perception of value, and lack of good use cases.”

He added that later this year, users will be able to ask Alexa “why did you do that?”, to question it about unexpected behaviour.

Furthermore, a new setting will allow them to set recordings to be auto-deleted after a set period of time ranging from three to 18 months.

Other announcements included a new 8in (20.3cm) Echo Show smart display, which can now show group video calls with several people on-screen at once.

It features the same “high definition” screen resolution as the 10in model, but only a one megapixel camera versus the 5MP sensor in the larger device.

That means it will likely never add the kind of auto-framing feature that Facebook’s Portal and Google Nest Hub Max video chat devices offer, which is achieved by cropping into the image.

These will now gain use of Alexa, including a service that will allow visitors to record a message if the owner is out and unable to answer remotely via the device’s app.

He also unveiled new Ring hardware including a security camera for inside the home – which will compete against Google’s Nest Cam as well as similar products from Hive and Canary – and a “retrofit” kit that adds smart features to existing alarm systems. 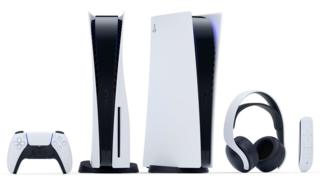