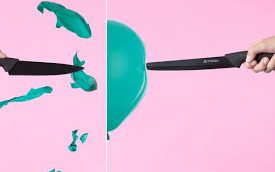 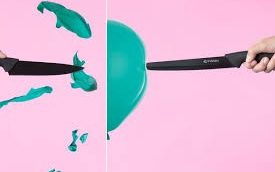 Britain’s first mass-produced stab-proof kitchen knife is to be launched in January in a bid to combat the knife crime epidemic.

Leading UK cutlery manufacturer Rayware which produces the Viners range has developed knives with rounded ends which makes it impossible for an attacker to stab someone.

The company says the knives, ranging from 3.5 inches to 8 inches, will not even puncture a balloon with a stabbing motion.

Rayware says rising reports of knife crime and changes in the law gave its product developers the idea to try and produce prototypes that could be sold safely in shops.

Knife-related crime incidents are at a record high and there have been reported 285 fatalities in the last 12 months alone.

The Government has reclassified kitchen knives as an offensive weapon within the Offensive Weapons Act 2019, leading some retailers including Asda and Tesco to remove single knives from sale in retail stores.

Kate O’Neill, Head of Product and Marketing at Rayware, said the plans had come from the “drip drip” effect of constant bleak headlines about rising knife crime.

She said the prototype was created at its site in Speke, Liverpool, using a 3D printer, and extensive testing has taken place, adding: “It is not possible to pierce the skin with a stabbing motion, it’s impossible.”

It follows calls by the Church of England, top trauma doctors, psychiatrists, police and victims for a ban on the sale of pointed kitchen knives. Research suggests as many as 94 per cent of the sharp instruments used in homicides are kitchen knives.

In a letter to ministers, they say re-designing domestic knives to give them rounded ends would combat knife crime by making “life-threatening” injuries “far less likely.”

They say sharp knife points were only used historically to pick up food because forks had not been invented and it was a time when they could be carried openly.

Sharp points remain only as an anachronistic hangover from 18th century Britain during which forks became commonplace.