It is often said that when a dog is destined to perish, the hunter, who recalls it from such a path toils in vain. Since 2015, each day that passes under the present regime of President Muhammadu Buhari accentuates its unforced teetering on the brink of the dark abyss.

We are often told that life is so stern that it hardly gives anyone a second chance at doing the same thing over again. But how do you explain the fact that Buhari is presently butchering his second chance at being remembered for good in the annals of history?

Buhari’s obsession with dictatorship and repression has now crossed every red-line that can be presumed to exist in any given democracy. Initially, he started with those that were supposedly corrupt, and as a result, there was nearly no opposition nor suspicion from the public. Not long after, he raided the homes of judges in the middle of the night, as though they were fugitives, who had to be hunted down at all costs. Again, this was rationalised by many with little opposition.

Suddenly, like an accursed hammer whose face is jinxed to see only nails in everything, he unleashed a thwacking spree targeting anyone that does as little as wrongfully call his name; even he, who named his dog after the man out of admiration, was not spared his hammer of tyranny. These were the early signs of what was to come.

Between 2015 and now, we have trended hundreds of hashtags on social media condemning one act of repression after another; declaring the sanctity and supremacy of Nigeria’s democracy and constitution. Despite this, however, the regime has only degenerated more and more.

It comes as no surprise, therefore, that Omoyele Sowore, a solo but consistent critic of Buhari’s regime, is presently facing ridiculous charges that are premised on Buhari’s paranoia, and a very clumsy intelligence by an intelligence agency that has itself become rudderless and anti-people.

When a public institution becomes a hunting tool for politicians, it invariably replaces professionalism with shoddiness. And that is why one cannot but consider ridiculous the fact that Sowore is being charged to court for ‘insulting’ the president. See, no matter how well an empty pail is burnished, it will always be an empty pail. And just as heavy suppuration is an indication of a festering scar, weak institutions are indicative of a degenerating democracy. Nigeria’s institutions need some serious healing, one that Buhari is too incompetent to give.

But Buhari is not alone in the pulverisation of our democracy and democratic institutions. Whatever we do, we must never forget the Vicars of Bray, who are currently nudging Buhari to go on and damage every fabric of our democracy in every way possible. They are in every nook and cranny of power; they are the ones chanting “you are the Messiah, you are the Moses” before Buhari today, just as they did when Olusegun Obasanjo sought a third term in office. They are the ones signing the charge sheet of these ridiculous offences and hiding behind “na oga send me.” We must never forget them. They are also the enemy.

Fifty days have passed, Sowore is still behind bars; but those whose cause sent him there are watching without a fight. This is how tyranny thrives; tyranny thrives only when the people are docile. Sowore’s dream for Nigeria is that of liberation and prosperity. That should never be forgotten. If anything, let it remind the rest of us; hailers and wailers alike, that only a revolution can save us now.

Adebayo Raphael is a human rights activist based in Abuja. Twitter: Asorosobioro 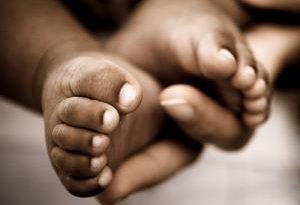