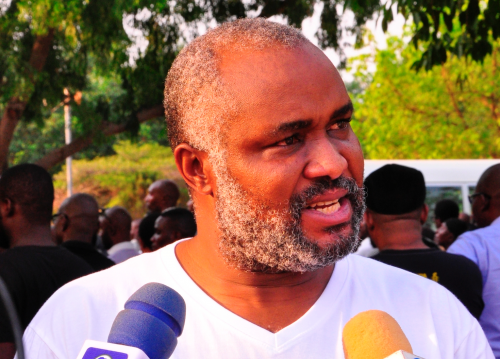 Two years ago or slightly less than that period, I penned a lengthy article about the rise and rise of the Nigerian outlaws just as the centerpiece of the reflection was on how the terrorists that most Nigerians know have come to become so influential to an extent that the two men employed and paid with our money by president Muhammadu Buhari as his spokesmen number one and two have suddenly switched allegiance from Nigerian constitution to defend this notorious group known as Miyetti Allah cattle owners association.

This bunch of outlaws purportedly have given themselves the task of always providing media justifications for all the deadly attacks against local landowners and farmers all across Nigeria by armed Fulani herdsmen.

It would seem that the media investments by the office of the Nigerian president towards cleaning up the image of the umbrella association that supports activities of armed Fulani herdsmen has succeeded in changing the negative narrative to an extent that the media now reports that there are conflicts between farmers and pastoralists when the exact opposite is the case that the armed Fulani herdsmen are the aggressors who have attacked farms in all parts of Nigeria and in some cases like in Plateau and Benue states have reportedly taken over ancestral villages from the owners who have been chased away to wallow in the derelict shanties called internally displaced persons camps. Shocking to the married too is that the media owners who are mostly Southerners have chosen profits through bribes for propaganda in preference to allowing unfettered access of the media by independent views on the violence going on in Nigeria.

Apart from the switch of media narratives to curry bribery induced  favours for armed Fulani herdsmen because of the seemingly generous funding of a media propaganda, the central government has for two years sought by hook or crook to force down the throats of other Nigerians the one-sided financial settlement of the Fulani herdsmen in the name of Ruga settlements.

When the government in Abuja found out that outside of the core North West states, Ruga settlements for Fulani herdsmen have been rejected outright in the whole South and North-central, this same government stepped back and has redesigned another clever financial compensation for Fulanis called National livestock transformation plan.

So far, President Buhari has managed to railroad the governors to approve N100 billion towards the implementation of this deceptive financial compensation for Fulani.

National Economic Council met a few hours back and approved a budget of N100 billion for the implementation of the National livestock transformation plan which is the baptismal name of Ruga settlements for Fulani.

The proposal was submitted on Thursday to the National Economic Council by its sub-committee on farmers/herders crisis.

The NEC meeting was presided over by Vice-President Yemi Osinbajo at the Presidential Villa, Abuja. Mind you the VP has just lost out of the ferocious power play in AdoRock with the stripping of a lot of powers by the cabal.

As we learnt from media reports, the Chairman of the sub-committee and Governor of Ebonyi State, Mr. Dave Umahi, made the presentation to NEC in What is clearly a choreographed plot from above.

Umahi explained that contrary to the widely held belief, the NLTP was not about cows alone but had three planks, including care for persons displaced by farmers/herders’ crisis and education programmes. This is not true. The name of the project for which N100 billion is voted to be used is called NATIONAL LIVESTOCK TRANSFORMATION PLAN. Where then did government mention the farmers victimized by armed Fulani herdsmen? Why this illiterate deception?

Also, we were told that states are free to use any animals of their choice in implementing the programme. Why is government all out for livestock whereas other professional groups including crop farmers are left behind? This is a sinister agenda for Fulani interests and no more.

We refuse to accept this half baked attempt to confuse us clearly seen from what the governor said that the committee proposed that the Federal Government would bear 80 percent of the N100 billion while participating states would support with the balance of N20bn and land for the programme.

He added that the programme remained voluntary and would accommodate only states that expressed participation interest.

However, there is no effective take-off date yet as the proposed N100bn will still be reviewed by the next meeting October before a date is decided.  Now here is what the central government and their zombies from the States are hiding.

The hidden fact is that the N100 billion was the same compensation package that the immediate past interior minister General Abdulrahman Dan-Bazau accompanied by the inspector-general of police and other northern Muslims heading all the internal security platforms met some representatives of armed Fulani bandits in Zamfara a few months back just before the last general election and promised them to stop the killings so government can give them this package.

But as soon as information filtered out that there was a plan to bribe armed Fulani bandits as reportedly agreed at a secret meeting in Zamfara, all the major characters who are all Northern Moslems came out to deny. Now the truth has come out even though they cleverly redesigned these bribes to Fulani to look like the beneficiaries are not only Fulani’s as erroneously propagated by Ebonyi state governor after the central government presented the budget proposal.

But Nigerians must not accept to be deceived.

One thing has, however, come out of all the rigmarole by the current central government in its attempts to deceive Nigerians. There is something that looks like a coincidence that the N100 billion budget for the re-baptized Ruga programme for Fulani’s is coming exactly when both some Northern governors and the IGP are all in negotiation with armed Fulani bandits.

Nigerians need to note that what they call armed bandits in Zamfara, Sokoto, Katsina, Niger, and other Northern states is not different fundamentally from armed Fulani herdsmen just as Miyetti Allah that has increasingly become influential is the umbrella association for all of these actors within and without government.

There is now a barrage of coordinated media propaganda from a multidimensional arrangement within the central government and its allies to try to confuse Nigerians by seeking to provide any kind of justification for the sickening sessions of dialogues with armed bandits and the settlements for armed Fulani herdsmen known as Ruga but now changed to the so-called National livestock transformation plan which the government will divert Nigeria’s fund totaling N100 billion to execute a discriminatory programme for Fulani’s which offends section 42 of the constitution.

(2) No citizen of Nigeria shall be subjected to any disability or deprivation merely by reason of the circumstances of his birth.”

Also, the northern governors and the IGP are engaged in ferocious media spins seeking to justify these illegalities. The inspector-general of police perhaps sounded so crude when he abused, defecates and jettisons the constitution by saying it was right to dialogue with armed bandits who have blood in their hands.

Briefing State House correspondents after a security meeting presided over by President Muhammadu Buhari at the Presidential Villa, Abuja, the police boss said dialogue and negotiation were used by the late President Umaru Yar’Adua to address militancy in the Niger Delta, a development which he said resulted in the amnesty programme for repented militants.

He believes that the strategy will also bring out peace and security in the North.

According to Adamu, the security situation in the country has improved since the dialogue started.

He explained that the deployment of kinetic action sometimes does not solve a problem, but negotiation and dialogue.

“When we are talking about peace initiative, there are a lot of things that we take into consideration. You give out something to get something.

“If you remember, some years back, we were having issues in the Niger Delta, which kinetic actions could not solve until amnesty and peace initiative came up.

“So, I think in the strategy to deal with challenges in terms of either security or war, there is peaceful negotiation. It is not that you are a bandit and on the course of the banditry you committed crime you must be punished when there is peace initiative going on. If you refused to accept the peace initiative, of course, you have to face the consequences,” he said.

On why he likened Niger Delta militancy with the killings by bandits in the North West, he said, “It is not a comparison per se, but an example of how negotiation and dialogue can bring peace.

“Even in terms of war, you go into dialogue to achieve a certain level of peace. So, if dialogue can bring peace, why do you have to use force? That is what I am trying to say.”

But let me tell the IGP the home truth that armed bandits are criminals and mass murderers and not freedom fighters. If I may ask this IGP, what CAUSE are the armed Fulani bandits and kidnappers fighting for that they now have killed hundreds of innocent people in those states? This is the darkest period of our national life. But I hope that Nigerians will wake up and retake their nation before we are all enslaved. 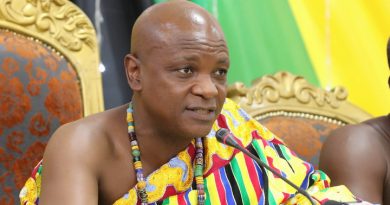 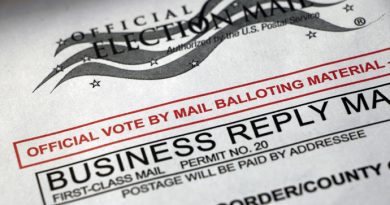 Companies should make it their business to get out the vote

A renowned security and safety expert and CEO of Kazz Group of Companies, Mr. Adam Bonaa has advised President Nana