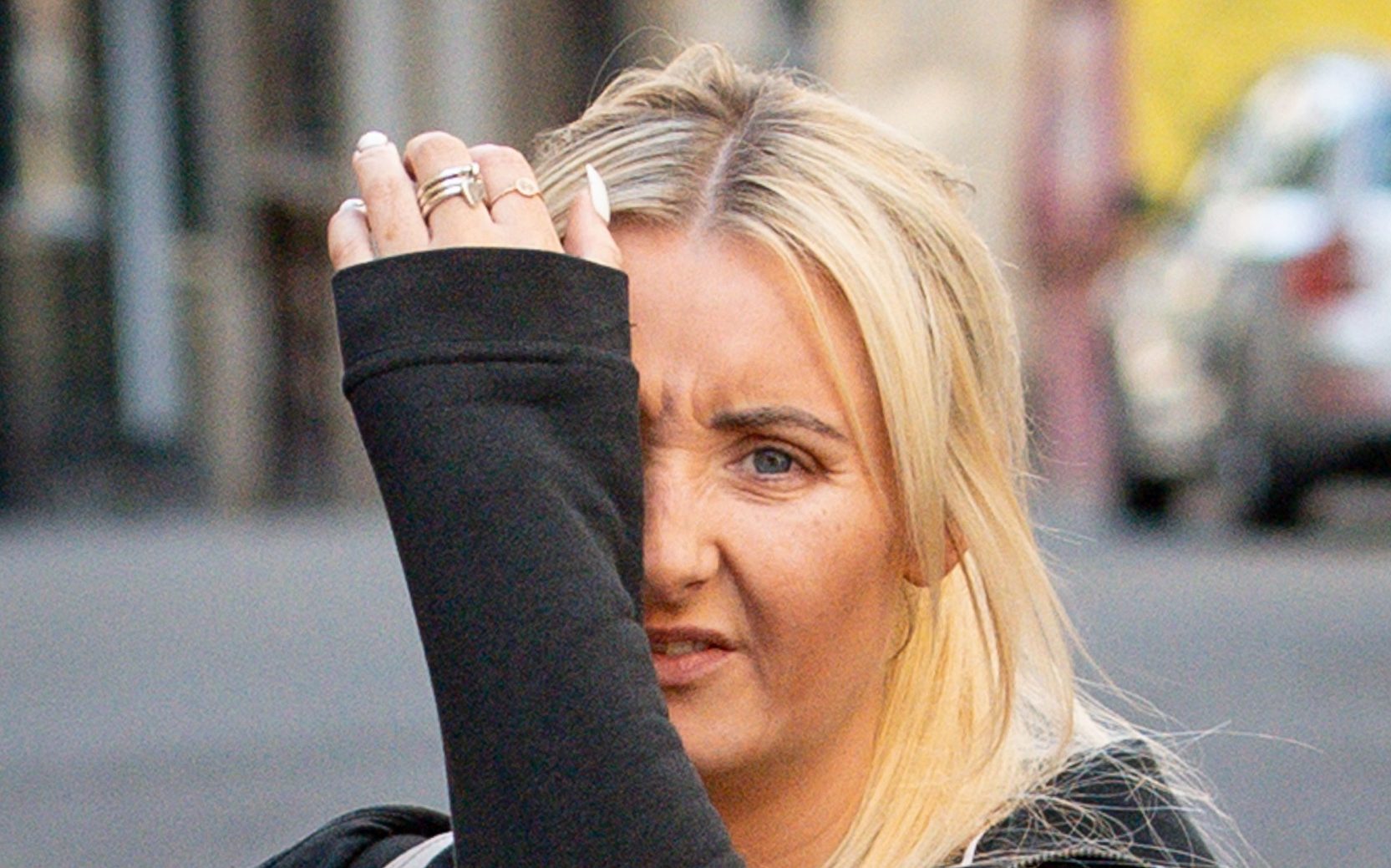 A Premier League footballer was blackmailed after being filmed in a hotel room with a woman who was not his partner, a court has heard.

The player, who cannot be named for legal reasons, had previously met 28-year-old Natalie Wood on two occasions after sending her a message on social media.

Bristol Crown Court heard Wood hatched a plot to blackmail the sportsman with three men, including former Take Me Out contestant Tyrone Coleman, 34.

She arranged to meet the player in a hotel room last year, allegedly leaving a spare key card with co-defendants Nathan Coleman, 38, and Prince Rowe, 37.

A jury heard the men burst into the room, causing the football player – clad only in underwear – to jump out of a window and escape from a fire escape.

The man took shelter in a nearby restaurant until police arrived.

“Last year, a plan was hatched to blackmail him, to expose him to the media if he didn’t pay money.

“The plan was thwarted by the complainant going to the police and the defendants being arrested. While no money was ever handed over, that doesn’t matter because this case concerns the existence of the plan.”

The court heard Wood met the player after he sent her a message on social media in 2017.

He sent her money to book a hotel room on three occasions, with Wood checking in under her name and providing him with the room number.

“The plan was for Prince Rowe and Nathan Coleman to burst into the room and then capture an incriminating image,” Mr Jones said.

“The incriminating image taken was to be used to blackmail and extort money from him, threatening to take it to the media if he did not co-operate with the demands.”

Wood sat on the bed with the man, who took off his designer tracksuit and Rolex watch, before the two men entered the room a short time later.

“The complainant exited via the window in his underpants,” Mr Jones said.

“His partner received a message from him telling her to lock all the doors because he had been robbed.”

At 10.20pm, the player received a text message from Wood’s phone telling him that he had been caught in the “wrong place at the wrong time”.

“Obviously from your reaction you knew you was in the wrong,” the message stated. “I don’t really want to expose you to the media but if you don’t respond within 24 hours then you leave me no choice.”

Giving evidence to the jury via video link, the footballer said he had a partner but had been intimate with Wood.

He described her as acting “strangely” when they met for the third time in a hotel room last year.

“I was sat on the bed. At this point, I had my boxers on. She seemed really nervous,” he said.

“I had a funny feeling that something was wrong. Within minutes, the door opened and two guys walked in. It happened so quickly. I just saw a window to my right.

The player said he ran to the restaurant, where staff recognised him and gave him clothing to wear as police arrived.

He told jurors he had been left “a bit panicky” by the incident and had told his partner about his contact with Wood.

Wood, who has pleaded guilty to conspiracy to blackmail, told the court she had become friends with Tyrone Coleman after he appeared on ITV’s show Take Me Out.

She claimed that after discussing her relationship with the footballer, Coleman arranged for her to meet Rowe and his brother Nathan Coleman.

“I had been used as bait because of the person I knew and they saw a way to get money,” she told the court.

“The plan that was put in place, that was Prince Rowe’s idea, was to get money from him.”

She added: “I’ve never been in trouble before.”

Nathan Coleman, of Sussex, denies conspiracy to blackmail and two counts of theft relating to the footballer’s watch and tracksuit.

His brother Tyrone Coleman, of Birmingham, denies conspiracy to blackmail.

Prince Rowe, of Birmingham, denies conspiracy to blackmail and two counts of theft.

Ras Robinson denies a charge of handling stolen goods relating to the watch and tracksuit.

Tradition of farmers giving names to their land at risk of dying out, researcher warns

Harassed, detained, vanished: Life as a Uighur in Xinjiang