ABUJA, Sept 19 (Reuters) – Nigeria lost $1.35 billion to oil theft in the first six months of this year and needs a legal task force with special courts to tackle it, a government committee said on Thursday.

The committee, set up to investigate theft from the miles of pipelines that snake through the country’s swampy, oil-rich Delta region, said the theft will only grow if the government does not take special action to combat it.

In addition to a legal task force, with dedicated courts, prosecution teams and specially trained judges, it also said oil pipeline maintenance and ownership needed to be restructured.

“The governance structure of the pipeline(s) is such today that no one is held accountable…when these losses occur,” the committee, chaired by Edo state governor Godwin Obaseki, said in its report.

The committee also cited a lack of fuel stations in most of the oil-producing communities around the Niger Delta, which it said made them resort to oil theft and illegal refining.

The recommendations will go to President Muhammadu Buhari, who control’s the country’s petroleum portfolio. (Reporting By Felix Onuah, writing by Libby George Editing by Chizu Nomiyama) 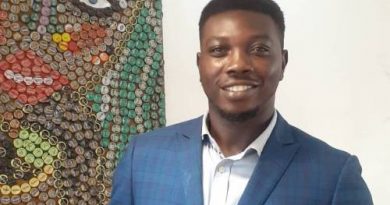 We Will Battle Military Repression Tooth And Nail By Tope Akinyode