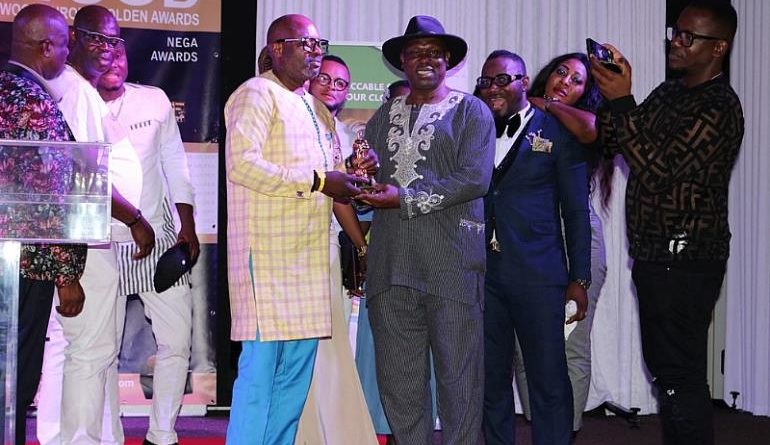 Frankfurt am Main, the financial hub of Germany, the home of Lufthansa and Europe Bank, boasts a truly international atmosphere with several hotels fully booked out by Africans from far and near for Nollywood annual double packed events – Nollywood Film Festival Germany NFFG and Nollywood Europe Golden Awards – NEGA which was held recently on the 30th – 31st August, 2019

Wede is a feature length film that tells the story about female genital mutilation. An adaptation of Professor Julia Okoh’s novel Edewede. The story was set in the 80’s. “Wede” exposes the obnoxious and debilitating negative effect of female genital mutilation which is still very much prevalent among rural dwellers in the Midwestern part of Nigeria.

A fearless and determined young lady led other women to a revolt that saw an age long tradition abolished. They fought courageously and tirelessly to put an end to barbaric tradition, something most men have had the luxury of taking for granted.

The film Wede boasts a roll call of the Nollywood’s cream-of-the-crop amongst whom are: Oge Okoye as Edewede, Rita Edochie, as Mama Nurse, Nosa Obaseki as Odia, Francis Onwochei as King, Eunice Omoregie as Ebikere and Isio Joseph as Ebun.

In his opening speech before the screening, the event director and the innovator of the festival, Mr. Isaac Izoya Cultural Ambassador said, WEDE was painstakingly selected because of the originality that depicts the message of the barbaric and dirty past culture that must be exterminated in its entirety.

Nollywood is a medium of promoting not just culture but integration and it’s an educational tool for the Diaspora children. Most interestingly, it’s a link for them to connect with their routes.

Nollywood, he said, is a cultural exchange learning tool within Germany and Nigeria alike that must be promoted.

AFTER SCREENING REACTIONS.
NFFG: The screening, that took place at the prestigious Cinema Film forum Höchst, Emmerich-Josef-Strasse in Frankfurt am Main, will go down in Nollywood – NFFG history book as the first Cinema where “Wede” was premiered for the very first time after production and the reactions matters a lot to both the producer and the director as well.

Without missing word, the comments of those present at the cinema will surely gladden their minds as the Cinema reverberated several times of thunderous applause mixed with emotional tears during the screening.

“This is my first time ever watching Nollywood film and I must confess that I’ve a great lesson of how best to approach issues related to traditional matters in Africa. Great Movie with a strong message, kudos to the event organizers to have chosen this film for screening”. Niels Bartels – African News Analyst. Berlin, Germany.

“Thank you Lancelot Imasuen for this great story that was well delivered. Thanks to the actors for the roles they played so well. I couldn’t help but to cry during the screening.” – Kathi – Social worker. Frankfurt, Germany.

“It’s a nice and must watch movie. I cried at the cinema and it’s a tradition that must be abolished. I advise women to resist it by all means possible”. – Sarah Agbebaku. /Student, Dusseldorf, Germany.

“It’s a crazy tradition that should not have been started at all in the first place. I respect the women for their resistance”. Gabriela.

“I am proud for the very first of African women. This movie shown how strong and powerful we are. It’s a great movie and I promise to be back here again unfailingly next year”. Ramatu Garba – Deutsche Welle Radio – Bonn, Germany.

“We were thinking of discontinuing Nollywood screening next year because of the annual low turnout but with what I saw today, according to you, “the show must go on!” I am highly impressed with the 300% turnout and the classic movie shown. Cinema Director”, Mr Peter R. Klaus. Frankfurt, Germany.

NEGA AWARDS GALA NIGHT.
We have never had so many doubting Thomases in any of our events like this year centered around 2Baba or 2Face Innocent Idibia health issues. Even when he was still in Marriott 5 star Hotel in Frankfurt, Germany with extraordinary video and photo promotions of his arrival going viral online, haters were still busy spreading fake news that he’s on hospital bed in Lagos, Nigeria.

No wonder with the thunderous applause that welcomed him on stage he said “I love you all here no matter where you’re from because many are not here today because they believed in fake rumors and turned doubting Thomas. Lets celebrate because celebration will not cease in your family.”

His performance was so impressive that some ladies blocked his car asking for his autograph and picture opportunities before leaving the event premises.

One may recall the breaking fake news during the NFFG ongoing promotions by some individuals that 2Baba was on hospital bed and won’t be able to make it to NFFG/NEGA Gala.

2Baba – Innocent Idibia, was honoured as the “King of Afro-Pop“ and was awarded alongside Don Vs – Best Diaspora Artist of the year, Alhaji Monsuru Adelekan – Excellence in Humanitarian Services and 2Baba’s manager Mr. Efe Omoregbe, as the Best Artiste Manager of the year.

Sadly, Mr Lancelot Oduwa Imasuen, director of WEDE film was conspicuously absent due to the sudden death of his father just few days to the event.

Also worth mentioning was the conspicuous absent of the Consul General of the Nigerian Consulate in Frankfurt, Germany His Excellency, Ambassador Suleiman Dauda Umar, who has made it a point of duty to discontinued the Mission almost two decade tradition-like participation in every Nollywood activities in Germany. Unlike his predecessors since 2003, he has been keeping distance with anything tagged Nollywood since his two years in service for no just cause in Germany.

Nollywood Europe Golden Award – NEGA Awards, is a platform designed to honour Nollywood stakeholders, stars, comedians, musicians (both in Africa and in the Diaspora) which has also been expanded to recognize the artistic bias of outstanding politicians and business men and women both in Africa and beyond but whose actions in the area of culture and tourism sector, have directly or indirectly impacted upon Nigerians worldwide and the industry in particular, thereby shaping what it has grown to become today.

The success of this year event was best described by the chairman of Nigeria community in Hessen State, Engr. Iyamu as the best Nollywood event ever in Germany. In his words, the turn out during WEDE film screening opening ceremony is much more than before.

The film itself carried strong messages that cannot be forgotten in a hurry. The turn out today at this gala night is also a record and the event hall with the organization is just superb.

Talking about the NEGA Gala, Tony Air of African Heritage radio in Hamburg said, It amazed me how big this event has grown to be in just few years. I am happy being here, the hall and the organization of event with the quality of people around is quite amazing. It’s a great festival we are all proud of. Kudos to the organizers for being able to live up to their promise by pulling 2Baba to this great event despite all the fake news surrounding his coming for health reasons. I am proud of them and I am proud being here..

In his appreciation speech, Innocent Idibia aka 2Baba Innocent Idibia said “I don’t care where you’re from but for the fact that you’re here to celebrate with me, I love you all. Many are not here today because they are doubting Thomas. They believed in fake news that I won’t be here and here I am.”

NFFG, is a viable platform designed for Nollywood film makers to showcase their movies to Europeans and Nollywood fans in the Diaspora and Nollywood Europe Golden Awards – NEGA Awards, comes up as a closing ceremony of NFFG event within August/September annually.

According to the curator of the events, Isaac Izoya, “The Show Must Go On!!” 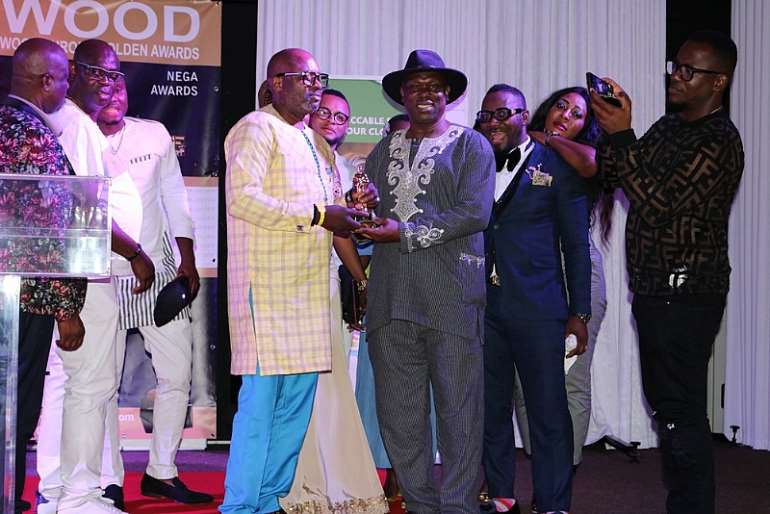 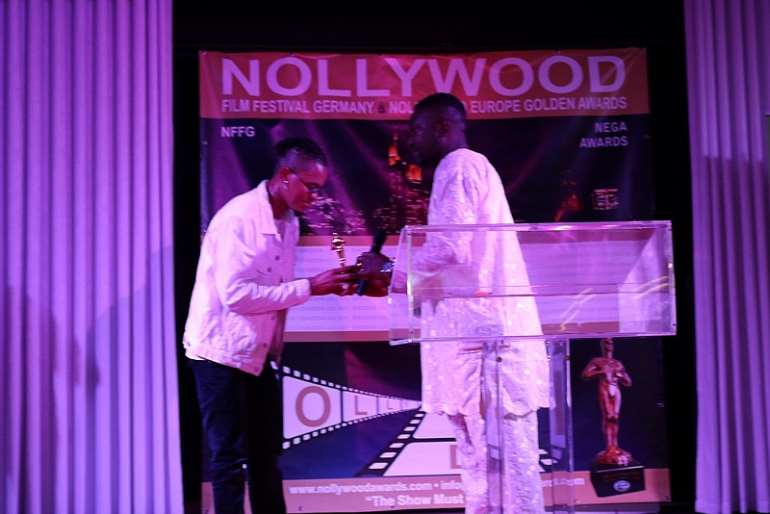 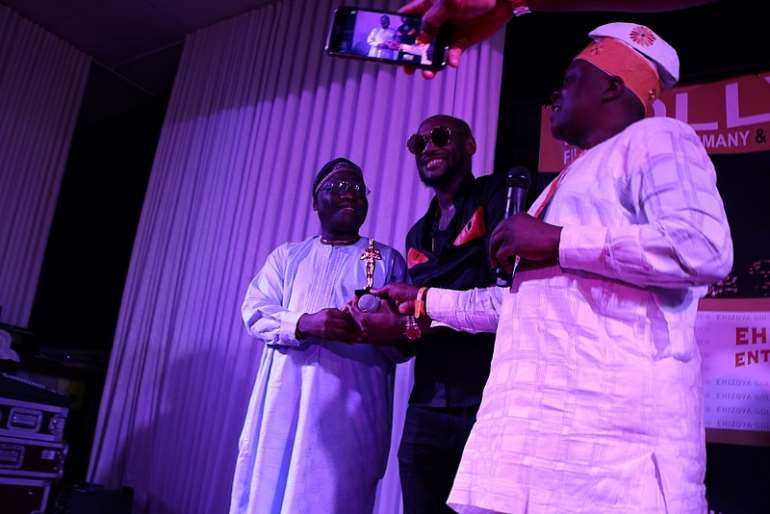 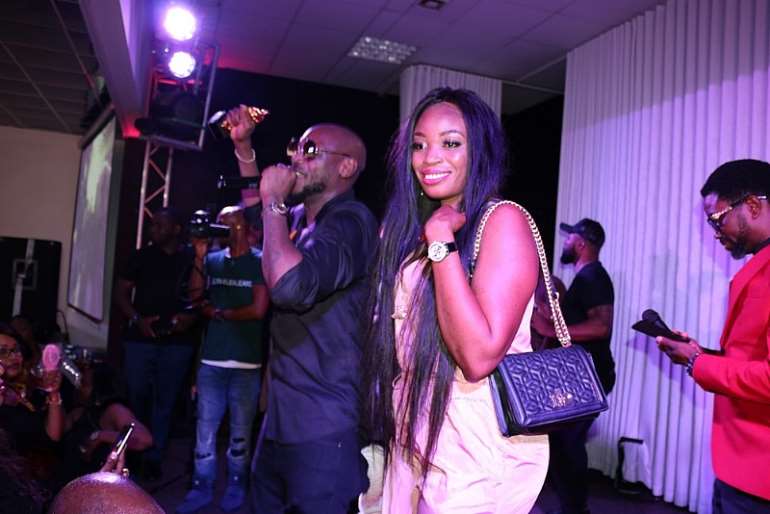 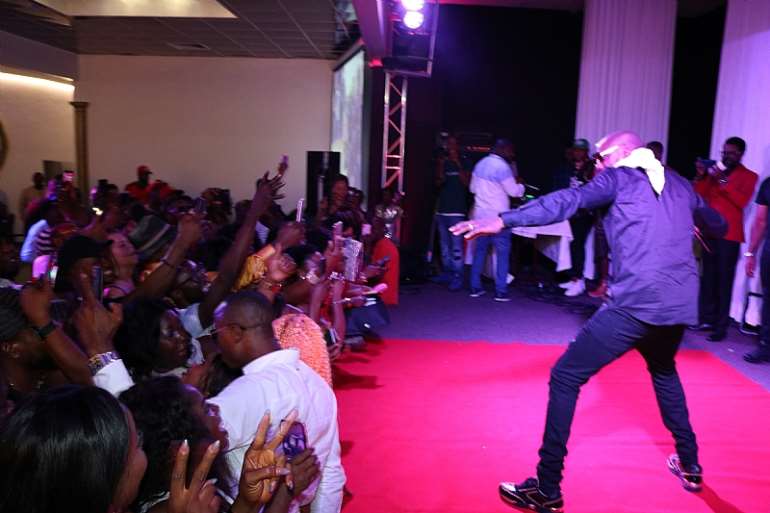 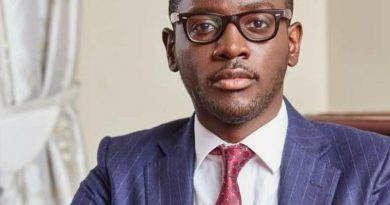 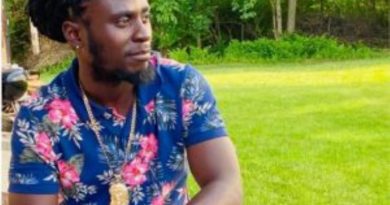 President Akufo-Addo has joined hundreds of world leaders to wish the President of the United States, Donald Trump, and his