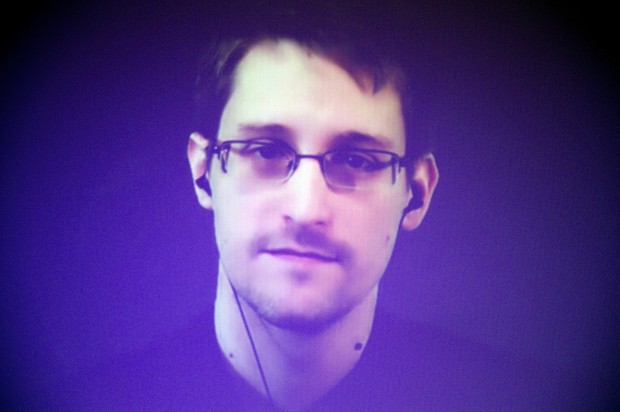 Citing what First Amendment advocates have called an “unconstitutional” system of controlling what federal employees can and cannot say about their work, President Trump’s Justice Department on Tuesday filed a lawsuit against NSA whistleblower Edward Snowden over the publication of his new memoir.

The day the book “Permanent Record” was released, the DOJ filed its lawsuit claiming Snowden had published without submitting the book for “pre-publication review.”

The DOJ is not seeking to block publication of the book but is instead arguing that Snowden should not profit from the story of his 2013 decision to leak files about the NSA’s phone and email spying program since he didn’t have permission from the government to share the information.

The government wants all proceeds from the book and is asking Macmillan Publishers to keep any revenue from being transferred to Snowden.

Government approval is required of federal employees before they write or speak publicly about their work — a requirement that the ACLU says has kept millions of Americans from being able to speak openly about the government.

Snowden tweeted about the lawsuit shortly after it was reported, including a link to his book’s page on Amazon and the words, “This is the book the government does not want you to read.”

“Mr. Snowden wrote this book to continue a global conversation about mass surveillance and free societies that his actions helped inspire,” said Ben Wizner, director of the ACLU’s Speech, Privacy, and Technology Project and a lawyer for Snowden. “He hopes that today’s lawsuit by the United States government will bring the book to the attention of more readers throughout the world.

“This book contains no government secrets that have not been previously published by respected news organizations,” added Wizner. “Had Mr. Snowden believed that the government would review his book in good faith, he would have submitted it for review. But the government continues to insist that facts that are known and discussed throughout the world are still somehow classified.”

The Movement for a People’s Party decried the Justice Department for continuing its “war on whistleblowers” targeting Snowden and others who in recent years have publicized government secrets, including war crimes.

The ACLU and the Knight First Amendment Institute are currently challenging the pre-publication review in court, arguing it violates the First and Fifth Amendments.

“The pre-publication process in its current form is broken and unconstitutional, and it needs to go,” Brett Max Kaufman, staff attorney with the ACLU’s Center for Democracy, said in April when the groups filed suit. “It’s one thing to censor the nuclear codes, but it’s another to censor the same information high schoolers are pulling from Wikipedia. Pre-publication review gives the government far too much power to suppress speech that the public has a right to hear.”

Jameel Jaffer, executive director of the Knight First Amendment Institute, called the agreement that demands federal workers’ silence a “far-reaching censorship system” that “simply can’t be squared with the Constitution.”

“The government has a legitimate interest in protecting bona fide national-security secrets,” said Jaffer, “but this system sweeps too broadly, fails to limit the discretion of government censors, and suppresses political speech that is vital to informing public debate.”