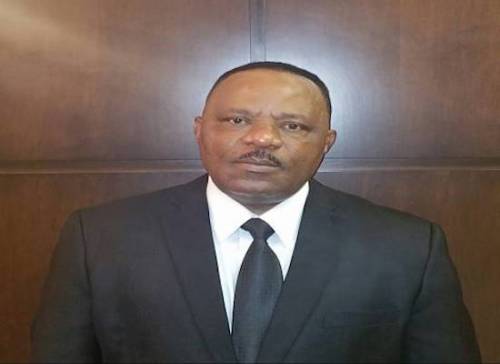 It has been over 45 days since a presidential candidate in Nigeria’s 2019 election, Omoyele Sowore, has been detained without bail by state agents; and one would have thought that Asiwaju Bola Tinubu, the National Leader of the ruling All Progressive Congress (APC), could learn from recent events and begin to toe the path of honour in his pursuit for more power.

In the piece, “I Pity Tinubu”, where I had berated President Muhammadu Buhari during his first  tenure for alienating the former Lagos Governor, I asserted that, “if dynamic opposition is the life-wire of a democracy, it is very fitting then to name him (Tinubu) the saviour of Nigeria’s current democratic journey.” Yet, the history of that journey would be incomplete without a defining chapter on Omoyele Sowore.

Backed by his revolutionary newspaper, Sahara Reporters, Sowore was a key component in the vanguard of the opposition movement that not only catapulted Tinubu to the helm, but also instrumental in gaining power in 2015. Sahara Reporters became a daily testament for transparency in government. Such activities contributed in no small measure to how the corrupt leadership under the Peoples’ Democratic Party (PDP) was exposed. That is squarely how the APC became the ruling party. It is on that platter that Bola Tinubu became its National Leader, even though he is neither the president nor the chairman of the party.

Today, the Asiwaju might have emerged as the shrewdest politician in the Nigerian history. Today, having dictated the content and the character of the current government, including the leadership of the ruling party, and both the executive and the legislative arms of power, Tinubu’s faculty foresees the North under his palm. Today, with such unprecedented influence, the current optics is that the man even dictates who is intimidated, investigated or arrested, as his political foes are being hounded with an interesting sense of urgency. Today, believing that he has successfully humbled those from the East with a farrago of sectional politics and primordial prejudice, the emerging spectacle is that former Lagos State governor is now zeroing in on potential opponents in the West towards the 2023 presidential race.

So, Asiwaju Tinubu, where is Comrade Sowore?

Make no mistake, any grudge from Tinubu against Sowore is superficially understandable. Though they worked together in 2015 against the common enemy in the gross misrule under PDP, quite alright, Sowore has always seen Tinubu as the godfather of the corrupt cabal stifling progress in South-West Nigeria in recent times. Therefore, even if Tinubu—the alpha and omega of the ruling party—has no hands in the travails of the publisher of Sahara Reporters, his stoic silence suggests a clear acquiescence, and naked duplicity to boot.

Moreover, to who much is given, much is expected. Tinubu can learn from the popularity of recent protest in Nuremberg, Germany, where the Eastern youths unleashed their anger on Senator Ike Ekweremadu. While the former Deputy Senate president was neither the governor of the entire East nor the only politician involved in the gross exploitation of the region, the Eastern youths saw him as their leader and thus deserving a share of the burden of failure in leadership. It is only normal, therefore, that the Western youths are craving for bold leadership from their titanic Asiwaju in the current predicament where their promising and courageous Comrade is being detained with trumped-up charges.

As I elaborated in an earlier essay: “Sowore And Revolution: As Buhari Forgets Why And How He Became President”, the very rhetoric, in which Omeyele Sowore is being hounded today, is a page from the opposition movement that brought APC to power. In short, the history has shown that both Tinubu and Buhari had effused worse revolutionary themes in their path to power, yet they were never arrested by past governments for the freedom of speech.

This growing pattern of injustice, as well as hypocrisy in Buhari’s democratic regime, explains the necessity of #RevolutionNow. The Nigerian masses are worried that power struggles in Nigeria are merely to replace existing leaders with their opponents, whose attitude in governance would not be different from those of their predecessors. The Asiwaju must also come to terms with the reality that the Yoruba intelligentsia is understandably irate that a party it helped to gain power on the mantra of equity, probity, and integrity has become the grand promoter of injustice.

Bola Tinubu better knows to toe the path of honor in his quest for more power. He should know not to ignore the sophistication of South-West politics. The Yoruba did not defend June 12thbecause of the person MKO Abiola nor vote for APC in 2015 because of the man Buhari. The common cause was justice. It was Abiola yesterday; it is Sowore today; and it can be any one tomorrow.

SKC Ogbonnia, a 2019 APC presidential aspirant, is the author of the Effective Leadership Formula.

Man dies during romp with pregnant lover inside container