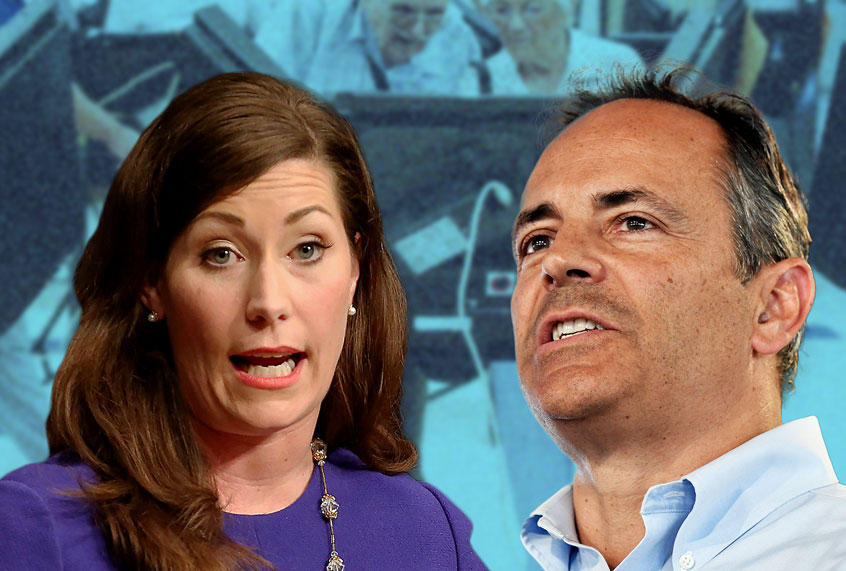 More than 150,000 Kentucky voters were improperly placed on an “inactive list” in a closed-door meeting less than two months before the state’s gubernatorial election, the state’s Democratic Party said on Monday.

Democratic chairman Ben Self said in a letter to the state’s Board of Elections that the board must reactivate the registrations after the move jeopardized their right to vote in the upcoming election for governor, attorney general and other statewide offices. According to an internal Democratic poll, Republican Gov. Matt Bevin and other statewide Republican candidates are trailing in their races.

“SBE deactivated the voter registration of more than 150,000 Kentuckians behind closed doors with no public notice,” Self said in the letter, according to WFPL.

Voters on the list are still eligible to vote, according to the Associated Press, but Self wrote that “the improper maintenance of a list of ‘inactive voters’ will deny registered Kentucky voters who are entitled to vote in the upcoming election the right to do so, and will cause immediate and irreparable harm to the [Kentucky Democratic Party], candidates for office, and most importantly, the public.”

Jared Dearing, executive director of the elections board, told the AP that voters on the list have not been removed from the voter registration database. The Kentucky elections board is currently under a federal consent decree that requires it to contact voters who have not voted in the last two federal election cycles or updated their voter registration during that time.

“Any registered and eligible voter on the inactive list is still fully qualified to vote in the upcoming election,” Dearing said. “The board, while complying with the federal consent decree, has taken multiple steps to engage with individuals on this list, including two separate mailings requesting they update their voter information.”

Self told the AP that the party learned of the “inactive list” after requesting voter registration data in August. Self said that the data appeared to show that registered voters had been removed from the voter rolls compared to previous data.

In April, data submitted to the party showed 3,421,795 registered voters. In August, the same data showed 3,259,076, more than 160,000 fewer than just a few months earlier. When asked for data on any inactive voters, the Board of Elections sent over a list of 165,709 voters that the state says must update their information.

Self told the AP that the state cannot mark these voters “inactive” until two federal election cycles after the date of the notice. The earliest date these voters could be placed on the inactive list, under that rule, would be after the November 2022 elections.

Jennifer Scutchfield, the assistant director of the Board of Elections, told Self in a letter that the voters on the list “may vote, and if they vote or update their information prior to November 2022, they will be taken off the list,” according to WFPL.

But Self demanded that the voters be removed until they can actually be deemed as inactive.

“The KDP is therefore demanding that SBE halt their ‘inactive list’ policy and immediately reactivate voter registrations in compliance with state law,” Self’s letter to the board said.

The confusion comes after the state was ordered to “clean” its voter database after a lawsuit from the conservative group Judicial Watch accused the state of not removing ineligible voters. Judicial Watch president Tom Fitton claimed earlier this summer that the state would remove 250,000 voters from its rolls, even though the deadline for such voters to cast a ballot or update their information was still years away.

Kentucky Secretary of State Alison Lundergan Grimes accused Judicial Watch of spreading false information at the time. Grimes has also condemned a new law passed by the Republican-controlled legislature to remove her as chair of the elections board, leaving her with no say over the board’s operations, the AP reported.

Grimes said in a statement Monday that she was “appalled” by the “disenfranchising of voters” and called the board’s move “unlawful,” according to the AP.

“This willful mismanagement cannot be tolerated,” she said, “and demonstrates a continued lack of oversight by the board to the detriment of Kentucky voters and election integrity.”

The U.S. Capitol was built to inspire awe. But that’s all gone now