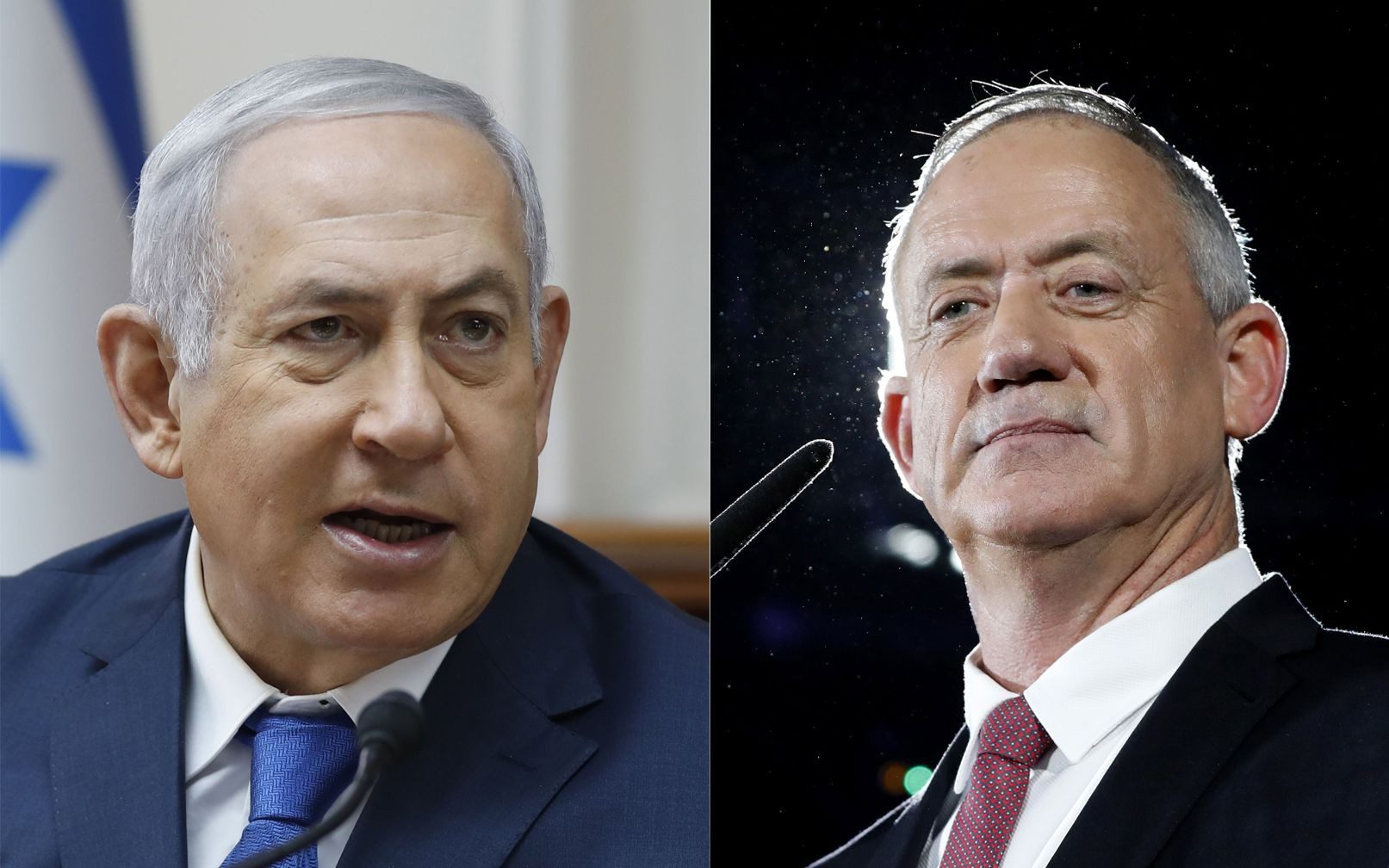 The exit polls, which have been wrong in the the past, suggested that neither Mr Gantz nor Mr Netanyahu had a clear path to forming a majority coalition government, which likely means weeks of post-election negotiations before a final result is clear.

There was no immediate reaction from either Likud or Blue & White and both sides appeared to be waiting for more complete results before making statements on victory or defeat.

But if the results held, it would be a remarkable set back for Mr Netanyahu, who is Israel’s longest-serving prime minister and has held power continuously for more than a decade through a string of clear election victories.

One figure who may play a kingmaker role in coalition negotiations is Avigdor Lieberman, Mr Netanyahu’s former defence minister who turned against angrily against his former boss after the last election in April.

Mr Lieberman has been coy about his intentions but has hinted that he might back Mr Gantz, a secular liberal. Both men have spoken about the need to counter the influence of Israel’s ultra-Orthodox Jewish parties and of forcing Mr Netanyahu from office.

The first stage of the post-election negotiations will be for Israel’s president, Reuven Rivlin, to survey party leaders in the divided parliament and assess whether Mr Gantz or Mr Netanyahu has more support.

Mr Lieberman’s backing is likely to be crucial as both men try to convince the president they have the best chance of forming a majority government.

The process of trying to cobble together a coalition could take weeks and analysts could not rule out the possibility of a third election if neither side is able to get a majority.